Cinesite creates the ancient world anew for 300: Rise of an Empire 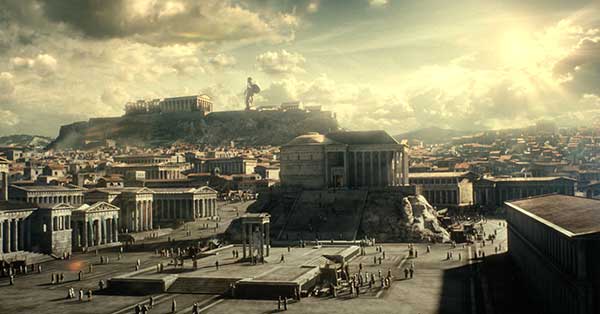 Cinesite completed over 350 visual effects for 300: Rise of an Empire, which was released in the US and UK on Friday last week 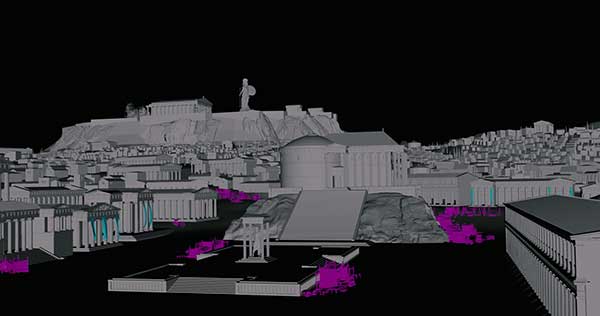 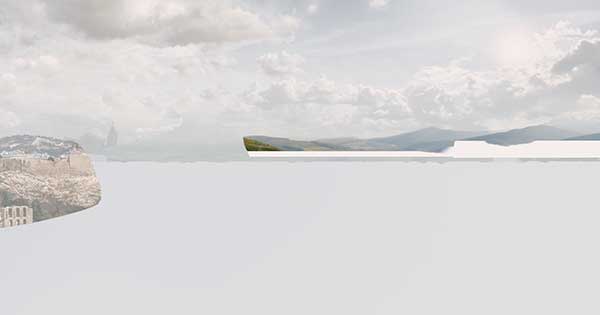 300: Rise of an Empire is a follow up to the 2006 film 300, although the action in the current instalment takes place prior to the events in the original film.  It follows Athenian general Themistocles, who is battling against the Persian Army, which is under the command of Xerxes and Artemisia, to fend off an attack on Athens. A Greek army then joins forces with the Spartans to defend the major cities of Greece against Xerxes’ invasion. 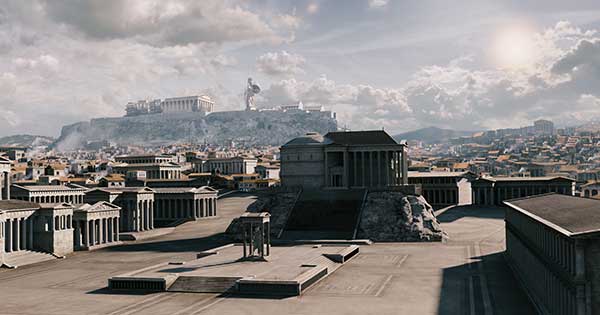 Cinesite said some of the most beautiful shots created by its artists include a full 3D Sparta environment, complete with CG wheat field. Originally planned as a digital matte painting, the finished environment utilised fur system Yeti to create the undulating wheat, flowing in the wind. 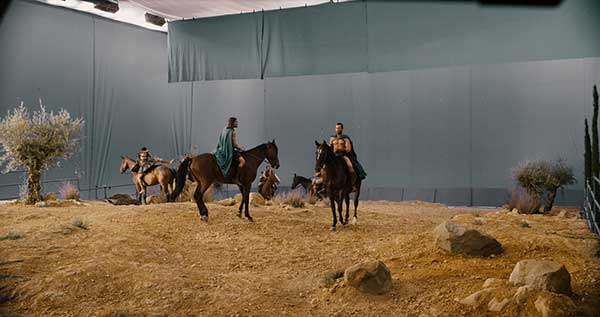 As Cinesite VFX Supervisor Richard Clarke explained: “As we had a variety of wide expansive shots that had wheat swaying in the foreground, we opted for  Yeti which would allow us to create that pleasant swaying field look and enable us to develop geometry instancing on the hair curves. We have a good working relationship with the chaps at Peregrine*labs who were more than happy to code us up a special version to instance a large amount of geo onto the fur curves at render time. We were really pleased with the finished look.” 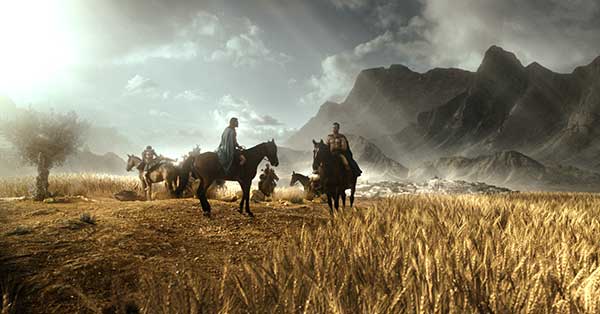 Atmospheric effects known amongst the crew as ‘ridleys’ are a visual motif of Director Zack Snyder. These environmental particle effects were added to many shots in the film; in the Sparta sequence they appear as drifting pollen caught in the sunlight.

“The Ridleys were created in a variety of ways,” explained Clarke. “Their importance evolved and increased during post-production as Zak Snyder wanted to push the quantity and look. There are two main types; dust for day and embers for night. The dust embers were mainly created in Nuke and were pretty simple in their look and design.”

Clarke continued: “Some hero Ridleys have nice aberration effects on them, as in reality the light scatters in a colourful way, although generally the whole effect is very subtle. The bulk are soft shapes, that don’t draw attention.  For the wider Sparta countryside shots amongst the fields we made a library of ‘chaff’ geo that was instanced onto a standard particle system in Maya. For the embers, we again started off with Nuke particles and mixed them with elements which we shot ourselves. The elements are ground in reality, but harder to control in CU shots, so a mixture was used. Again, in the wider shots we generated Maya particles and then applied the look in the comp.” 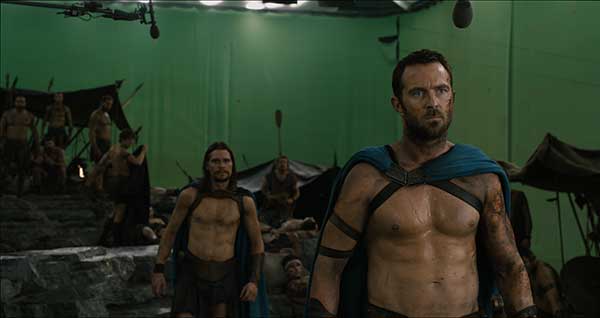 The 300 movies are mainly shot against green screen with a compressed set and Cinesite created several epic shots of this nature. 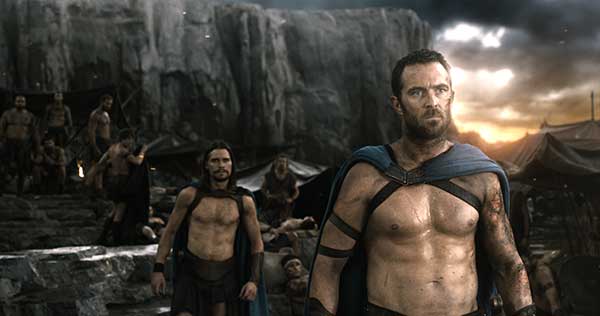 “My personal favourites are the big Sparta mountain vistas with our CG wheat fields and some Greek Encampments shots,” said Clarke. Many encampment shots were filmed with small sections of live action against green screen, which were then massively extended to include rocky outcrops, CG shoreline, tents, moon, sky and campfires, as well as digital armies, sea and sky. 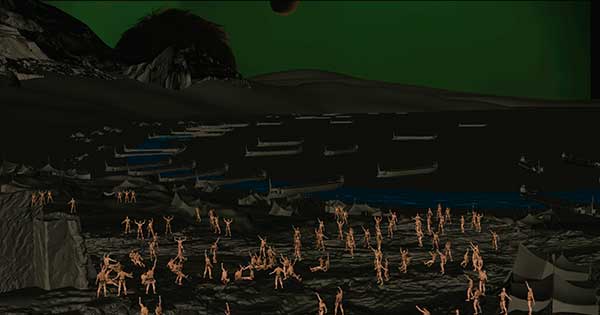 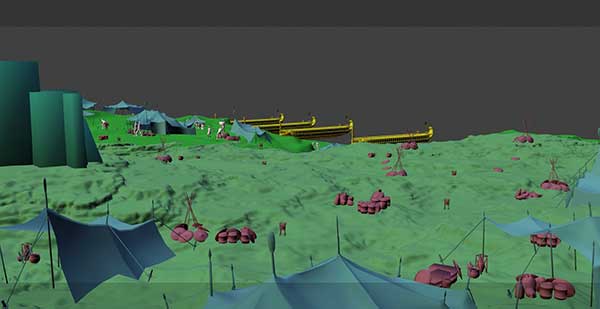 “Another one that comes to mind is when Daxos rides in on his horse to talk to Themistocles,” said Clarke. “The camera is moving through a small piece of set which we have hugely extended to give a great sense of depth to the shot.” 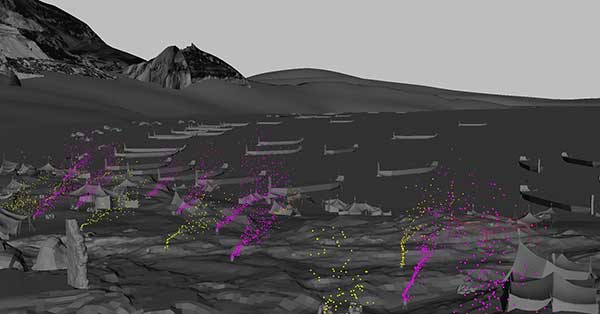 Another incarnation of the ridley effects was added as drifting, glowing embers from the campfires. In these night-time shots they give a haunting, ethereal atmosphere. 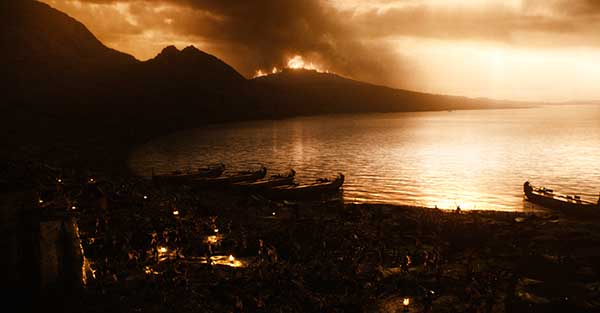 “Working with both DJ and Zach Snyder was a great experience,” says Clarke. “Zach Snyder had a very clear, creative vision of what he wanted. He would often sketch out exactly what he wanted by hand, and we worked very closely with his drawings to create the visual effects. The team delivered to an ambitious schedule, creating fantastic work and pulling together brilliantly.” 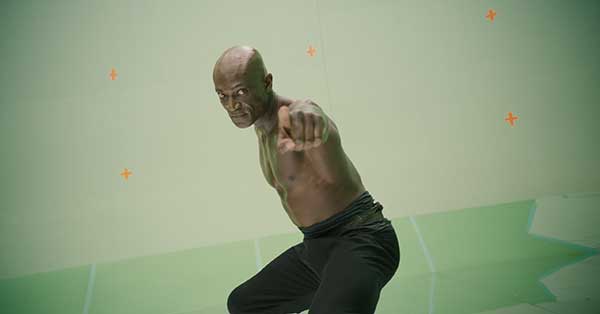 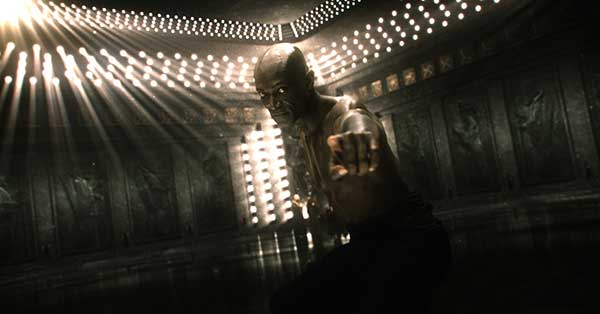 The company is also currently working on The Man From U.N.C.L.E., while more Cinesite work can be seen in productions scheduled for release in the coming months, including Edge of Tomorrow and Into The Storm.

See more by Cinesite on Fired By Design