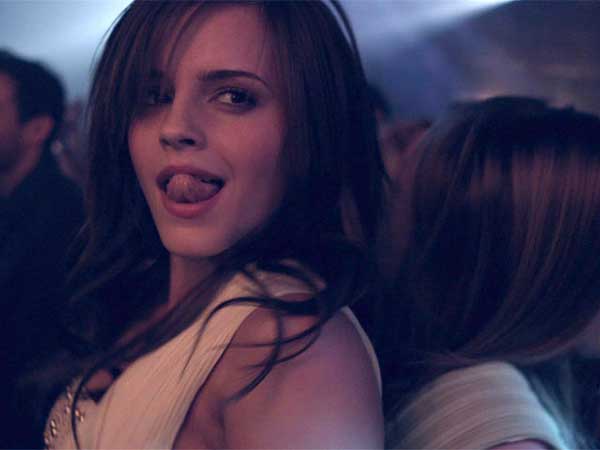 At the 66thFestival de Cannes, running between May 15 – May 26 , several films on the competition roster have been created by filmmakers whose post-production companies used Assimilate’s Scratch DI software in their digital workflows for conform, colour grading, and finishing, and/or Scratch Lab for their production dailies or VFX reviews. This has led Steve Bannerman, VP of Marketing at Assimilate, to highlight and publicly recognise many of its customers participating in the festival. It certainly makes a change from headlines about film stars, celebrities and directors to shine a light on the talent working on set and in post/VFX.

“Assimilate and its Scratch product line have been at the epicentre of the global digital cinema revolution from the very beginning, and the main catalyst for this revolution has been independent productions”, said Bannerman. “We’re honoured that so many of the entries accepted at this year’s festival were conformed, colour graded or finished in Scratch. We congratulate the artists who continue to push the envelope in digital storytelling, and we join the rest of the community in celebrating their accomplishments.”

The Bling Ring (2013), feature film directed by Sofia Coppola. Inspired by actual events, a group of fame-obsessed teenagers use the Internet to track celebrities’ whereabouts in order to rob their homes.

Wakolda (2013), feature film directed by Lucia Puenzo. The true story of an Argentine family who lived with Josef Mengele without knowing his true identity, and of a girl who fell in love with one of the biggest criminals of all times. Cinecolor Argentina did the conform, colour grading, and finishing.

Les Salauds (2012), drama-thriller, directed by Claire Denis. Marco is determined to exact a terrible vengeance for the violence done to his family. But he hasn’t reckoned on betrayal or falling in love. Mikros Image used Scratch Lab and Scratch for the grading on set, conform, and final colour grading.

Blood Ties (2013), crime thriller directed by Guillaume Canet.  Two brothers, on either side of the law, face off over organized crime in Brooklyn during the 1970s.

Le Dernier Des Injustes (2013), a documentary directed by Jean Claude Lanzmann. More than twenty-five years after Shoah, Claude Lanzmann’s new film reveals a little-known yet fundamental aspect of the Holocaust, and sheds light on the origins of the “Final Solution” like never before. The conform was done on Scratch by Mikros Image.

La Fille Du 14 Juillet (2013), comedy directed by Antonin Peretjatko. Boy meets girl and he becomes obsessed with seducing her. The plan is to get her to the seaside pronto. So off they go, down the country roads of a broke and broken France. Suddenly the government cancels a month of summer.  Cosmo Digital used Scratch for conform, colour grading and finishing of “La Fille.”

Un Voyageur (2013), documentary directed by Marcel Ophuls. Marcel Ophuls shares his memories, stories that are incredibly rich and fascinating, in a cheerful and bittersweet trip in Cinema history. Marcel talks with and about personalities like Jeanne Moreau, Otto Preminger, Stanley Kubrick, his friend François Truffaut, and more.

The Congress (2013), drama directed by Ari Folman. Robin Wright receives an offer from Miramount to be scanned so that her alias can be freely exploited in all films produced, even the most down-market ones. For 20 years she disappears to return as guest of honor at the Miramount-Nagasaki Convention in a transformed world of fantastical appearances. Mikros did the data management of VFX on Scratch Lab.

Les Apaches (2013), drama directed by Thierry De Peretti. While thousands of tourists invade the beaches of Corsica, five teenagers from Porto Vecchio hang out. One evening, they spend the night at an unoccupied luxury villa where they steal some objects of no value and two prize rifles. Cosmo Digital used Scratch for conform, colour grading and finishing of “Les Apaches.”

Mañana Todas Las Cosas (2013), short film directed by Sebastián Schjaer. Julia and Diego spend a weekend watching his nephew in a house far from the city. All proceeds normally until a hospital visit by Julia modifies the course of the stay and of their relationship.

Path Of Souls (2012), drama directed and produced by Jeremy Torrie. A grieving wife and long-lost friend decide to complete her dead husband’s thesis paper, by embarking on a cathartic road trip to sacred sites across Native North America.

Robokicks (Bola Kampung) (2013), animation directed by Ah Loong and Chua-Chong Tee. A princess from a video game is transported into the real world to find a hero that can save her kingdom from a viral attack.

War of the Worlds Goliath (2012), sci-fi animation directed by Joe Pearson. Fifteen years after the first failed Martian invasion, on the eve of World War I, the Martians stage a second attack, stronger and more powerful than before. This time, mankind is ready to fight.

Neverlake (2013), horror film directed by Riccardo Paoletti. A 16-year old leaves New York to visit her archaeologist father in Tuscany, and learns of the Lake of the Idols, which is haunted by ancient restless spirits. She realizes that her father may hold a terrible secret. Ludovico Bettarello did the dailies and colour grading in Scratch.

Au Bord Du Monde (2013), documentary directed by Claus Drexel. Paris, at night; this is where the homeless live. They haunt the streets, bridges, and corridors of the metro; on the edge of a world where society no longer offers protection. Cosmo Digital used Scratch for conform, colour grading and finishing of “Au Bord Du Monde.”

Ô Heureux Jour (2013), documentary directed by Dominique Cabrera. Ten years ago my brother Bernard got married for the second time. We all went to the wedding in Boston, where he lives. It felt as if we were four little children again with our mom and dad.

La Bataille De Solferino (2013), drama by Justine Triet. May 6, 2012: France is about to elect a new president. A cable news reporter is in the crowd outside François Hollande’s headquarters, covering the event. Her ex-husband Vincent is back on the scene, demanding to see his two young daughters. Everyone is in a state of panic on this manic Sunday in Paris.

Nos Heros Sont Morts Ce Soir (2012), drama directed by David Perrault. A crafted homage to film noir, this is the story of two wrestlers who dream for a new life, and their struggle and fall.

The Lunchbox (Dabba) (2013), drama directed by Ritesh Batra. A mistaken delivery in Mumbai’s extensive lunchbox system results in an unexpected virtual relationship between an unhappy young housewife and a soon-to-be-retired lonely man.

Three directors explore 3D and its evolution in the field of cinema and how 3D affects the spectator’s place and transversal perceptions. Cosmo Digital used Scratch for conform, colour grading and finishing of “3X3D.”

Le Joli Mai (1963) directed and restored by Chris Marker and Pierre Lhomme (1963, new length 2013: 2h25).  When the project to restore Le Joli Mai was launched, Chris Marker was still with us. He died on 29th July 2012, and the Cannes screening of this film, now very rare, will be a tribute to the filmmaker by the Festival de Cannes and his friends. Mikros Image used Scratch for final colour grading.