As the 68th Edinburgh International Film Festival (EIFF) gets underway across Scotland’s capital city we look at how digital technology and creative planning have brought this venerable institution bang up to date. 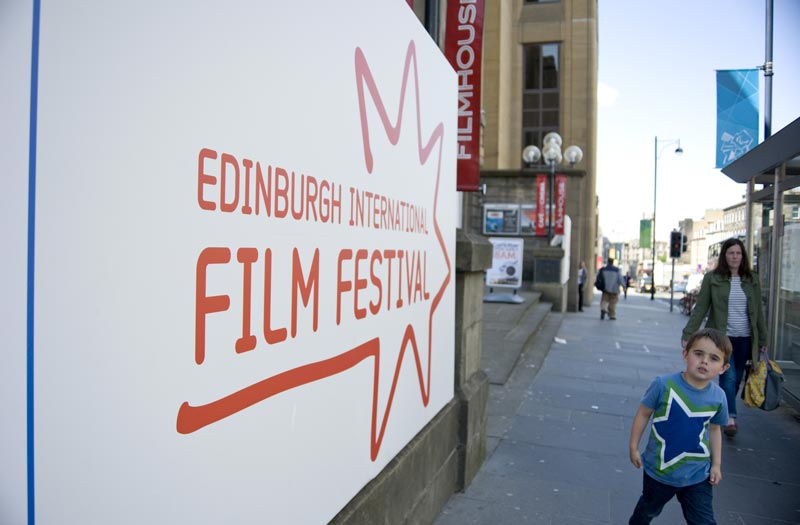 “Only a few years ago, we were working in a predominantly 35mm environment,” says Rice, who works across the EIFF, Filmhouse and Edinburgh CMI (Centre for the Moving Image) projects. “EIFF remains committed to maintaining 35mm projection facilities, as well as 16mm and 70mm, and to screening films from film prints whenever that’s the way to achieve the best possible result for the audience and filmmaker.  That said, though, the industry’s move to a predominantly digital environment, and our investment in top of the line Digital Cinema Package (DCP) encoding facilities, has yielded a number of practical benefits: lower shipping costs, fewer restrictions on scheduling and logistics, less difficulty in coping with the smaller proportion of films on exotic formats, and so forth.” 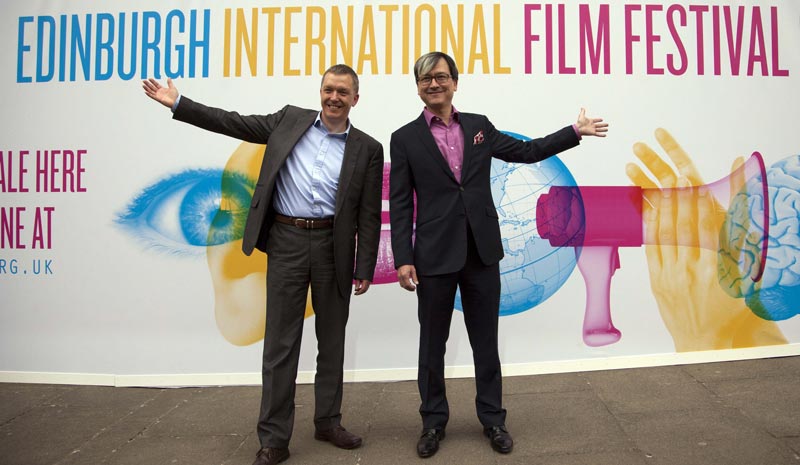 One challenge for a festival like EIFF is that a large proportion of the film programme does not yet exist on DCP, and arrives at the Festival in a variety of other non-standard formats. “We routinely receive HD-Cam, HD-Cam-SR, and other tape formats, as well as a proliferation of HD moving image files,” explains Rice. “The problem is to work out how to get all these films to screen in a way that minimises the risk and complexity of putting on the actual screenings, while not in any way compromising the quality of the projection, and to do so in a very tight timeframe.”

The EIFF solution has been to invest in a DVS Clipster rig for DCP encoding, and building an expert technical team to use it. “These days, whenever we receive a film in a non-standard format, we encode it to a DCI-compliant DCP for its screening,” says Rice. “2014 is the third year in which EIFF has taken this approach. The cinemas can run DCPs on their own, whereas the diversity of non-standard digital source formats would be much more problematic. It means we don’t have to spend a lot of money putting extra equipment, and the extra staff needed to run it, into all our venues.”

Rice feels the advantage DVS Clipster has over the many other DCP encoding technologies out there is speed. “It has the power and range to meet our requirements,” he qualifies. “It converted more than 100 hours of content to DCP in the space of the couple weeks before EIFF.” 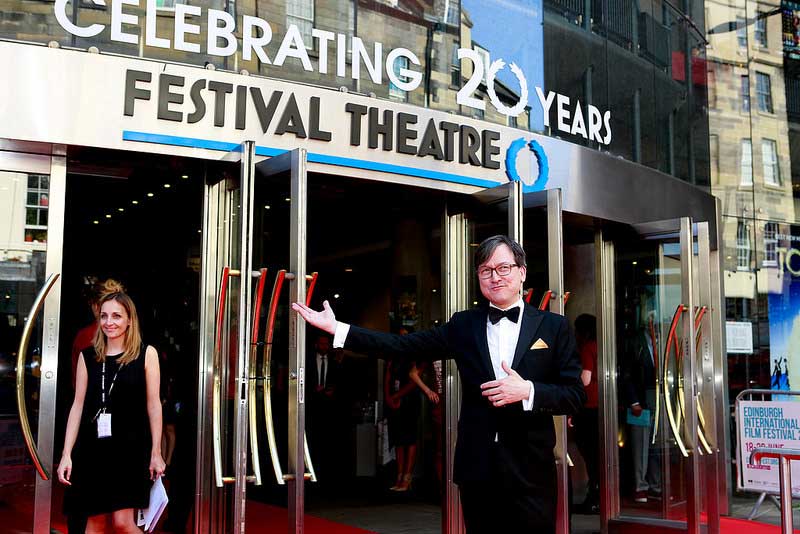 Encoding to DCP carries benefits in terms of security, since it’s a lot harder for anyone to copy or otherwise abuse DCPs located on a secure library management system (LMS), than it would be to make a copy of an HD tape. “Most of the suppliers we work with have stringent requirements for protection against copyright theft, so this is important,” says Rice. “Our current approach is therefore a key element in ensuring a secure environment for the film content our partners and suppliers in the film industry trust us with.”

There are additional benefits in terms of physical distribution to the several Edinburgh cinemas and venues involved in the festival. All of the screens in EIFF cinemas are now served by digital projectors. “We have a Network Attached Storage (NAS) device, with many terabytes of storage, onto which we load as many DCPs as possible for transfer out to our main external venue,” Rice explains. “Rather than having to send a hundred or so individual hard drives down to another site, we load them all onto the NAS, which fits in a carrier bag, and then take that to the venue and integrate it with the existing LMS system. This reduces logistical complexity, and also reduces the workload for the cinema venue, as they don’t need to ingest all the DCPs individually. We’re now starting to work with the CAN network, and with their help we hope in future to remove physical transfer completely, by transferring all the required DCP content out to participating cinemas via a fibre network connection.” 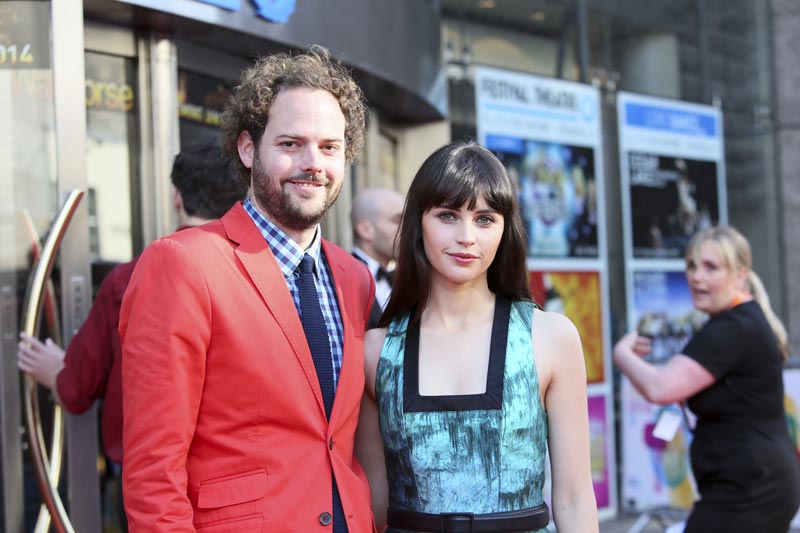 Digital cinema technology has also significantly improved the flexibility with which the EIFF can schedule films in different cinemas. “One DCP can be loaded on multiple servers, says Rice. “This is superior logistically to a 35mm print, which can only be shown in one place at a time, so moving films between venues for their showings is less problematic.”

The only cinema where EIFF can run archival 35mm print requiring a two projector changeover system for 35mm is Filmhouse. “Retrospective screenings have generally had to be restricted to Filmhouse,” says Rice.  “Now that an increasing number of older films are becoming available on DCP, or can be made into DCP from existing high quality digital masters, we have more options to schedule certain films at any venue we wish.”

In addition to EIFF, the same team also operates Filmhouse in Edinburgh, and now the Belmont Filmhouse in Aberdeen, with year-round cinema programmes at both sites, including lots of smaller festivals.  “We additionally put out the occasional nationwide theatrical film releases, and we also have other stand-alone projects,” says Rice. “For example, for ‘Cinema of Childhood’, we revived more than fifteen older films from around the world and toured them to eighty sites around the UK.  We make heavy use of our DCP encoding capabilities to service our year-round programming, including various smaller festivals, as well as other projects such as theatrical distribution or major film touring programmes.

“We now offer DCP encoding services to external clients on a commercial basis, or indeed sell on the DCPs we’ve already created for EIFF or other projects,” adds Rice. “This is a service that’s really helped us support local filmmakers.  So as well as revolutionising the convenience, security, and logistics of implementing EIFF, our DCP encoding capabilities have opened up a wide range of other possibilities for programming and distribution projects, while also becoming a whole new income stream for our business.” 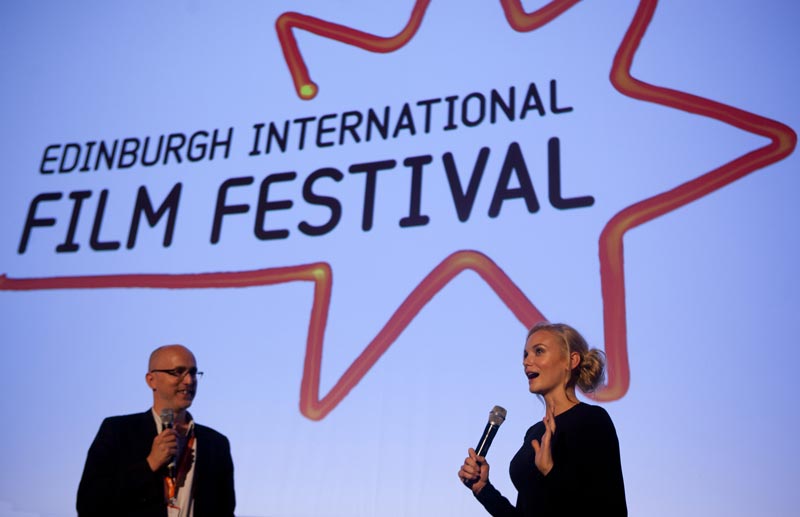 Alternative content, such as live theatre or concert footage streamed to cinemas, is another stream of revenue enabled by digital cinema technology. However Rice is not moving in this direction – yet. “EIFF remains primarily interested in screening the best new cinema,” he explains. “Digital cinema technology does of course open up options to screen a wider variety alternative content or live streamed content, but since this is not really what EIFF is here to do, we’ve not gone down this route in any significant way. We do hope, however, to be able to do more in future to stream live content, such as on-stage interviews with exciting guests, from EIFF out to other exhibitors elsewhere.  This is an area where building a relationship with the CAN network will open new opportunities for us.”