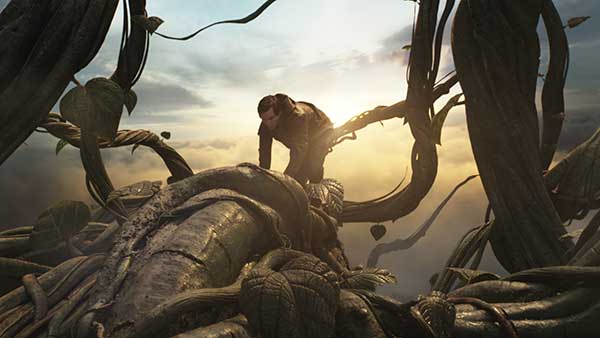 Led by VFX Supervisor Greg Butler and VFX Producer Gayle Munro, the MPC team delivered over 350 shots for the movie in native 3D. The film tells the tale of a young farmhand who accidentally opens a gateway to world of giants, and in the process restarts an ancient war. 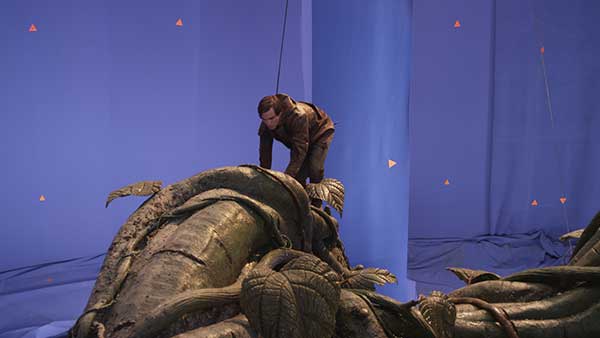 MPC was responsible for all of the digital beanstalk work in the film. The huge beanstalk extending to the Giants’ home of Gantua was created practically first; the production design and special effects teams created several 30-foot models. These were then animated, digitally enhanced and extended by MPC. DMP’s of the countryside below and digital cloudy skies above were later composited in. 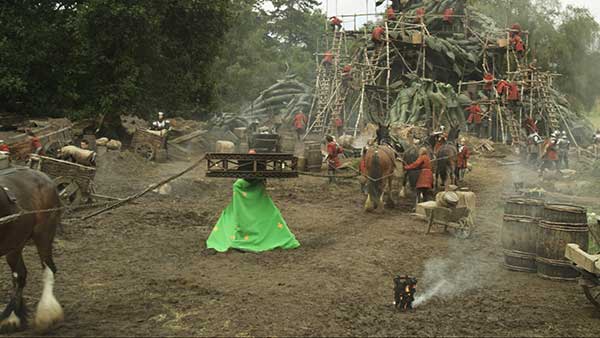 Key framed digital doubles were used for the majority of the characters ascending the stalk. When night falls and a storm develops, the team added digital lightning effects and enhanced the practical rain. The team animated and carefully placed 3D rain for any shots with the characters looking up, so that any drops or streaks didn’t get painfully close to the 3D viewer. 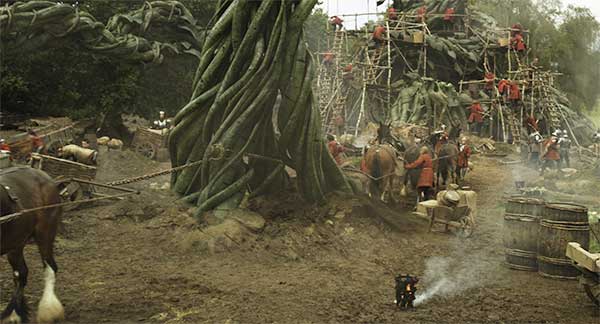 Having created the beanstalk itself, the teams were then charged with its destruction. A combination of CG and practical elements were used to fill in the shots where support vines fly to the air and the earth explodes as roots are ripped out of the earth.

For the wider shots showing the beanstalk falling across the landscape, procedural modeling and rendering techniques had to be developed. The beanstalk was created using animated curves that had sections of interlocking beanstalk geometry pieces. This was then rendered in Renderman, with the team relying heavily on ray tracing. 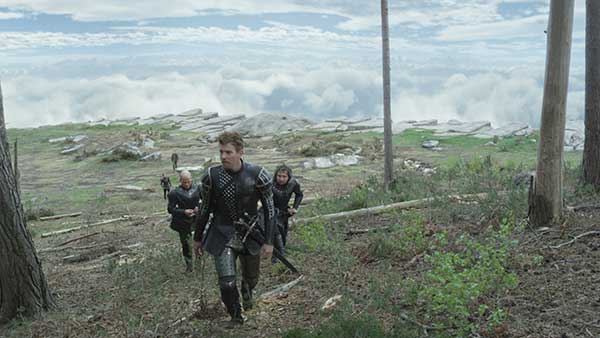 The finale sees a sprouting bean destroy the part of the king’s castle. Shooting up through the centre of the castle structure, the stalk bursts through roofs and carries towers into the sky above. Destruction shots were created using MPC’s proprietary software, Kali, with Flowline dust and smoke effects composited in. The team also utilised a proprietary ‘brickify’ tool that sped up the process of getting castle structures into Kali, allowing for faster destruction set-up times. 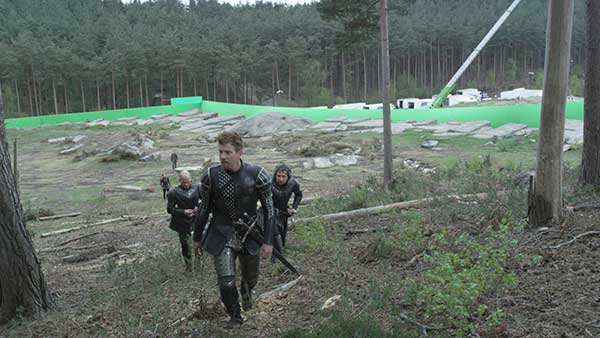 The teams were also tasked with creating the cliffs edge of Gantua, the home of the Giants. A partial set cliff was built for the actors to work on, however the majority of the shots were digitally created. Waterfalls pouring from the cliff edge were created using multiple layers of Flowline water simulations, disappearing into volumetric cloud layers below.

Find more work by MPC on Fired By Design