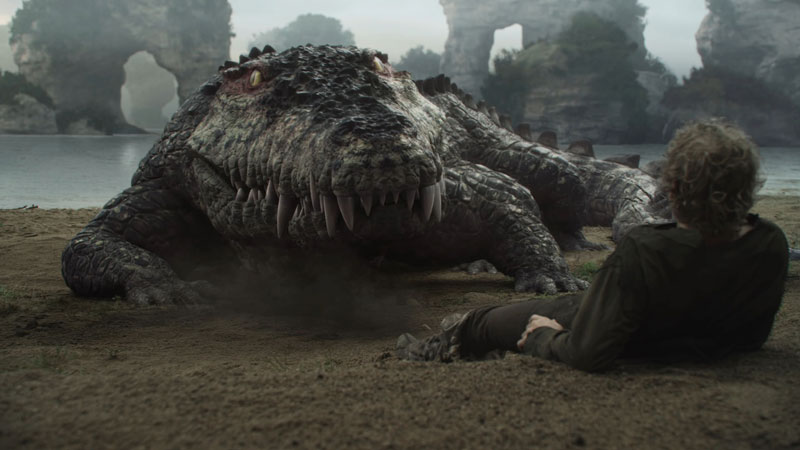 A prequel to the much-loved Peter Pan story, Neverland is a four-hour, two-parter written and directed by Nick Willing, with whom The Mill collaborated last year on SyFy’s Alice. Filmed on location in Genoa and Dublin, the film provides an intriguing history of many of JM Barrie’s beloved characters including The Lost Boys, Captain Hook, The Indians, Croc and Neverland itself.

An impressive all star cast includes Anna Friel as Captain Elizabeth Bonny, Bob Hoskins – who reprises his role from Hook – as Mr Smee, Rhys Ifans as the nefarious Captain James Hook and featuring Keira Knightley as the voice of Tinkerbell. Neverland is a Sky Movies original production for Sky Movies HD.

Mill TV created a number of key VFX effects to help drive the pace and excitement of the film, including the giant, ticking Captain Hook obsessed crocodile.

“It is a pleasure to be working once again with director and writer Nick Willing and helping bring his imaginative take on this classic tale to life,” said Will Cohen, Group Director of Mill TV & Film. “Our visual effects team certainly had their work cut out, but we love a challenge and couldn’t wait to get stuck in.” 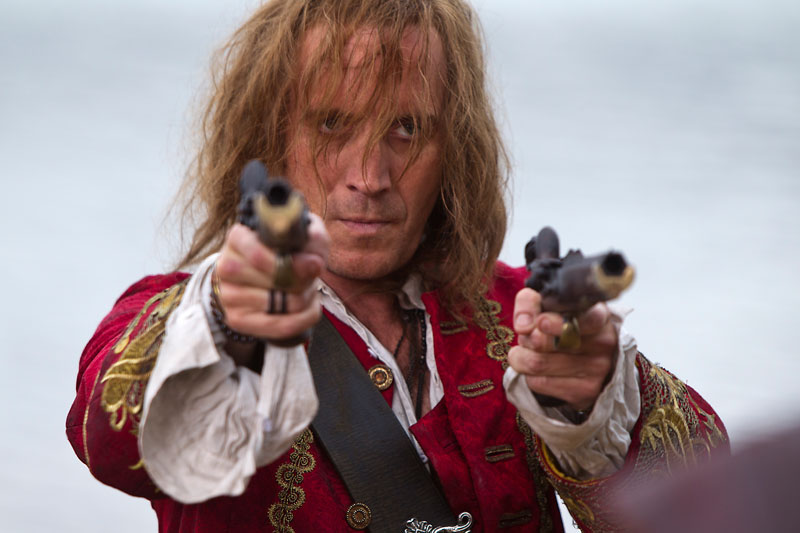 CG Supervisor Nicolas Hernandez was a key figure in creating the Neverland croc and he kindly provided some insight into the process of bringing the beast to life.

Fired By Design : What does the croc do in Neverland- in addition to swimming menacingly  (and ticking)?

Fired By Design : What was the biggest challenge in bringing it to life?

Nicolas Hernandez : We had two big challenges here. The first was that, unlike a normal crocodile, it had 10 legs; the second was its size, the crocodile was meant to be over 30 feet long. We had to work out how to translate a normal four-legged animation walk cycle over to a 10-legged one and then we had to do various walks and run cycles at different speed and see which ones worked. As the crocodile was meant to be over 30 feet in length we had to really emphasise its size and weight especially when the crocodile leaps around corners or jumps up to try and bite the boy!

Fired By Design : What did you use to model, animate, texture and render the croc?

Nicolas Hernandez : The creature was concepted with Adobe Photoshop, modelled with Softimage XSI, textured in Mari, rigged, animated and rendered in Maya / Mental ray, and finally composited in Nuke.

Fired By Design : Were there any technical challenges involved in any of the above or for rigging, accurate skin etc?

Nicolas Hernandez : The challenges for the crocodile involved giving it realistic deformations and  a nice jiggle on its belly and arms, especially in the close-up slow mo shot. We have been using in-house deformers – one being the soft deformer which gives smooth deformation to a skin but has volume preservation. We layered up our deformations so on top of the soft deformer we had a jiggle deformer, which gave the nice wobble to the crocodile on its belly and legs. This was really important for the close-up slow motion shot as the client really wanted to see the muscle and fat wobbling as the crocodile passed through frame. We also used ICE to create footprints in the sand and on the path inland. On top of this we hand animated rocks and debris to add to the destruction of the crocodile.

View other work by The Mill on Fired By Design