After an initial approach by Avatar VFX Producer Joyce Cox in December 2008, Framestore bid on a substantial tranche of shots that would give the company a chance to play to some of its technical strengths in visual effects whilst also offering its artists and technicians an opportunity to get their feet wet in the new wave of 3D film technology. The shots won by Framestore cover three key sequences within the film: 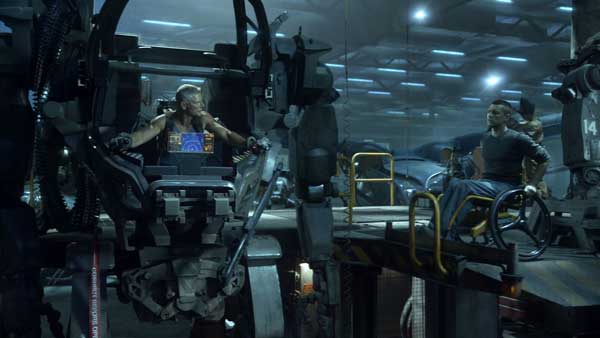 According to Framestore, the challenges posed were manifold, from the extraordinary level of CG detail expected in the environments to the fact that it was all being done stereoscopically, and above all the fact that it was being done for one of the world’s greatest directors, a man renowned for his technical savvy and uncompromising attention to detail.

Framestore’s initial R&D period began in early 2009, which included the purchase of necessary 3D-oriented kit, such as The Foundry’s Ocula plug-in for the company’s Nuke compositing software, True 3Di monitors for workstations, and the installation of a RealD Cinema projection system at Framestore’s Wells Street cinema. Alongside this went a huge amount of technical research aimed at ensuring that Framestore’s Avatar team would hit the ground running. “We naturally focussed a lot of early attention on the stereo aspects of the film,” said Framestore Producer Tim Keene, “Because that was the biggest unknown for us. Making the new hardware and software work properly was a priority, and we quickly proved that we could create the shots to the client’s specs, creating a successful client test in May 2009.”

James Cameron’s chosen method for creating and shooting Avatar involved many new and specially developed pieces of kit. He directed scenes in his imagined locations – Pandora and elsewhere – using environments and characters created at Lightstorm’s lab using Autodesk’s MotionBuilder software. His virtual camera allowed him to observe directly on a monitor how the actors’ virtual counterparts interact with the movie’s digital world in real time and adjust and direct the scenes just as if shooting live action; “It’s like a big, powerful game engine. If I want to fly through space, or change my perspective, I can. I can turn the whole scene into a living miniature and go through it on a 50 to 1 scale,” he told the New York Times in 2007. The result of this was a complete set of ‘templates’ – incredibly detailed pre-viz sequences which provided a pretty good animation base, a layout base and even rough lighting. 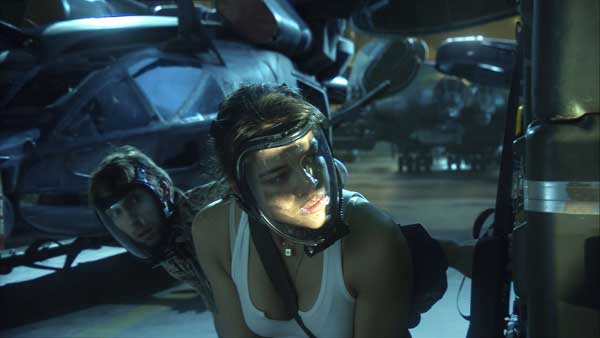 Difficulties arose when the Framestore team tried to replicate these templates with total fidelity. Tracking (where the movement of a camera through a shot is tracked so that an identical virtual camera move can be reproduced) has to be done far more carefully than for a 2D project, as the depth of field gained in stereo allows no room for discrepancy.

However Framestore had a solution, as VFX Supervisor Tim Webber explained: “When the template camera moves were tracked correctly, with pixel-perfect fidelity to the template, our team sometimes found it offset from the background, to a greater or lesser extent. Cameron composes his shots with the same meticulousness he brings to every other aspect of his work, so the prospect of persuading him, say, that a building would have to be moved 20 feet to the right in order to ‘work’ was not undaunting.”

“Fortunately for us, Cameron is both highly technically literate and also pragmatic about the work,” added Webber’s fellow VFX Supervisor, Jonathan Fawkner. “So a good explanation of why something needed to be changed, along with a visually coherent and pleasing alternative would often win the day.” 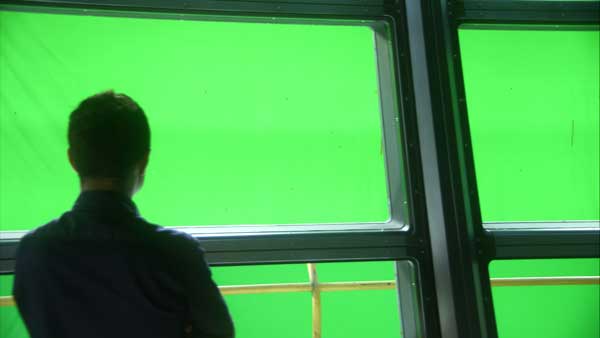 It is hard to overstate the scale of Cameron’s undertaking. Trying to delineate the sheer mass of data involved, CG Supervisor Ben White said: “There were 8.5 terabytes of data that were just incoming reference images, models, texture maps and so on. Altogether we probably used 60 TB of disc space on the project. Because large sections of the file are essentially a photo-realistic CG movie, the level of detail on the models and textures is phenomenal. The cargo bay which we built for the Valkyrie (the huge transport craft that delivers Sully to Hell’s Gate) had 360 pages of texture maps. To give you some perspective on this figure, a hero creature from another film might typically have three or four pages of texture maps. In the end, just to render that model, there were about 1800 various texture maps, and when you consider that its just one component of one ship in a shot that’s 90% CG, it gives you some sense of the vast scale of this project.”