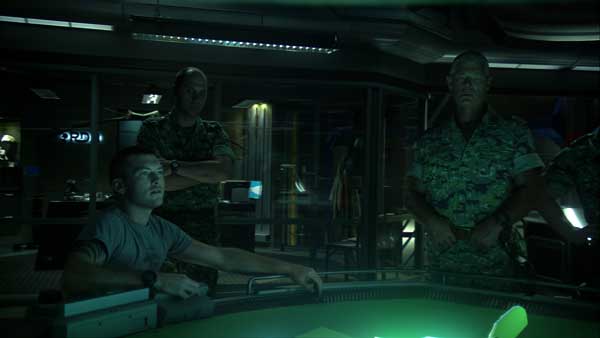 Using the original live-action plate of a table with a greenscreen across the top, Prime Focus modeled the hardware that went inside the table, the projector beams, and added graphics projected above the table of the terrain, including the Home Tree. These graphics were designed in 2D in Adobe Illustrator, animated in Adobe After Effects, placed on cards in 3D and rendered in Autodesk 3ds Max. Prime Focus Software’s Krakatoa particle system was used for the 3D terrain, which gave the images a scan-lined LIDAR-like quality, as if a satellite roving the planet’s atmosphere captured the footage. 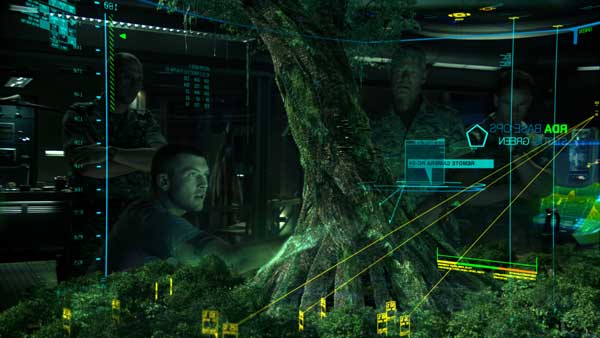 To make the Ops Center feel alive and bustling with activity, Prime Focus also designed interactive stereographic displays for dozens of screens, so every monitor screen had a sense of movement and depth. Each screen was composed of four-to-eight layers, rendered in different passes and composited together. 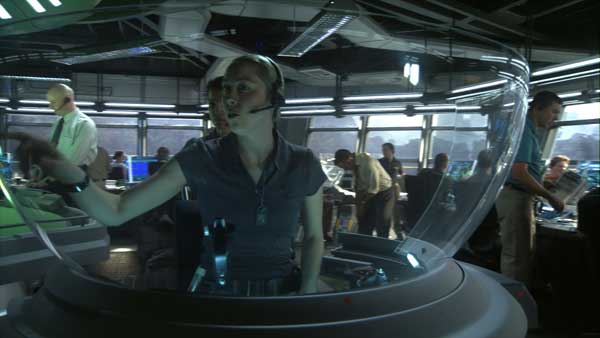 ”Chris Bond and our pipeline team developed a custom graphics script we dubbed SAGI, for Screen Art Graphic Interface,” shared Huxley. “This script takes Adobe After Effects renders and binds them to a 3ds Max assembly file, which would negate human error. Considering that some of our shots had 30 screens in them, trying to work out which graphic goes into which screen would be very time-consuming. SAGI helped us streamline this process so if James didn’t like a particular graphic, we could easily swap it out. This enabled us to turn around client revisions very quickly. James would give us the change, the graphics team would address the note, render it through SAGI overnight, re-comp the graphic in the am and then watch it down in our Real-D theatre in stereo 3D, do a quality check in stereo, and have it ready for James to check 24 hours after giving us the initial note.” 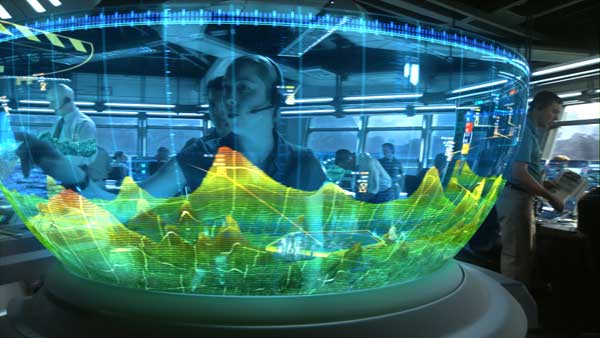 “Much has been said about James Cameron’s incredible vision as a director, his hands-on style and the very high bar he set for all his visual effects vendors,” said Del Conte. “So playing a part in bringing Avatar to life has been a fantastic experience for our team.”