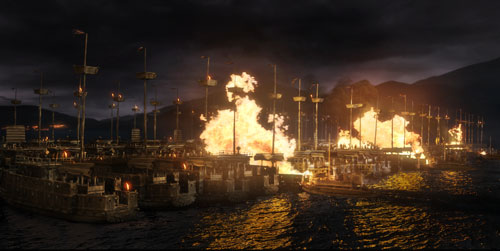 Frantic was given an important part of one of the main battle sequences of the second film, a massive naval sequence comprising 2,500 boats populated with an army of 70,000. The studio was tasked with creating the entire environment surrounding the massively destructive attack on the enormous fleet of ships within a very truncated eight-week production schedule.

The most expensive Chinese-language picture ever made, ‘Red Cliff’ is a co-production of China Film Group, South Korea’s Showbox Entertainment, Taiwan’s CMC Entertainment group and Japan’s Avex Entertainment. Based on the historic Battle of Red Cliffs and other events during the end of the Han Dynasty and immediately prior to the period of the Three Kingdoms in ancient China, the film stars such Asian heavyweight talents as Tony Leung, Takeshi Kaneshiro, Zhang Fengyi and many others. 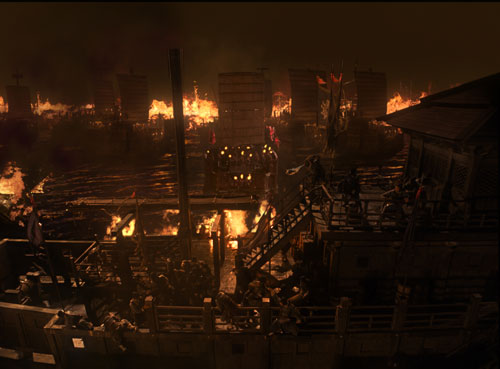 “With shots that called for a fleet of 2,500 of the same 26-metre boats, giving each of the boats a unique ‘hand-crafted’ feel was both a creative and technical challenge,” explained Jason Crosby, VFX Supervisor, Frantic Films VFX. “We really wanted to avoid the repetitive look that comes from using the same CG model. To do this, we broke the boats down into components that were randomly assembled using a rule-based particle system called Thinking Particles, which also propagated and animated the fleet.”

In addition, the entire CG sequence of 2,500 boats was populated with soldiers – roughly 70,000 in all – who needed to be seen performing on the ship. The scene also featured fire and smoke elements, CG explosions and boat damage from impact.

The Frantic team was led by Crosby and VFX Producer Bridgitte Krupke and comprised 15 3D artists and 11 compositors. While most work was handled out of Frantic’s LA office, the company’s Winnipeg studio was responsible for all the water simulation work. 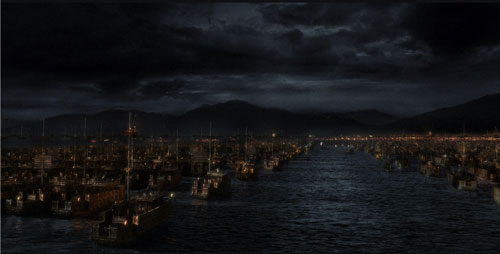 Frantic collaborated with The Orphanage in San Francisco, delivering shots for review and approval to Visual Effects Supervisor Craig Hayes. Both director John Woo and VFX Producer Jack Geist were in China during post-production, so Frantic had the additional challenge of managing the 15-hour time difference. Working directly with the team at the Orphanage gave the Frantic artists fairly immediate feedback however.

“The challenge of creating an entire pipeline for managing the water, fire, smoke, thousands of CG boats and tens of thousands of actors – not to mention cloth simulations for the flags – all in a time span measured in days and weeks, was an incredible effort,” said Chris Bond, Creative Director and President, Frantic Films. “I want to thank the team enormously for all of their work and applaud Jason and Bridgitte for their leadership!” 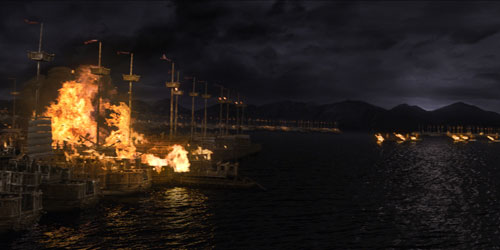