Bring on the flying horses 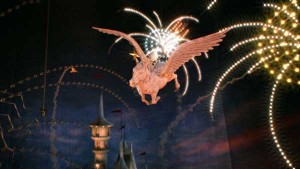 Hall, 3D and visual effects supervisor at VFX boutique a52, credits Terry Gilliam’s ‘The Adventures of Baron Munchausen’ as a major influence in the 30-second sequence. Produced by Elastic, it marks the 10th outing for this annual Californian film festival, a fact celebrated by Hall by blending elements of the iconic opening titles from Hollywood’s major studios, presented with a dramatic twist as well as wit and charm. 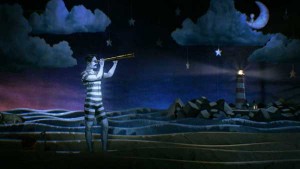 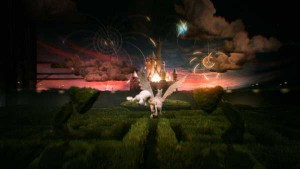 “I wanted to create a narrative that took us on a journey connecting all these pieces,” explained Hall. “After much thought, it felt right to give the work a sense of style that tipped its hat to those opening fanfares – but in a whimsical way… and getting back to my roots in animation, I really wanted to create a unique vision that would make the opening something special in its own right.” 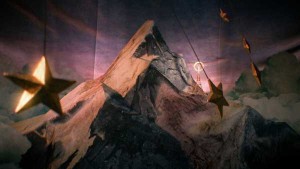 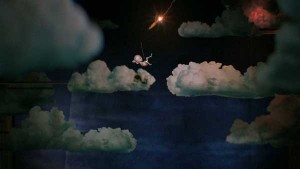 To this end, Hall was inspired by the theatrical nature of Terry Gilliam’s work, particularly his 1998 fantasy film. “By giving it a lot of texture and layering the lighting, I was able to capture a stage-like quality, and the whole film became very much a labour of love. I wanted there to be layers of detail, so that every time it’s watched, viewers might see something new.”

Working closely with a52’s CG team, Hall achieved his desired style by focusing on the staging of the various shots in the sequence, while adding countless details and textures to ensure that each world feels like a hand-crafted set, while the separate elements fit together into the action-filled narrative like clockwork. Maya 2009 formed a vital component of the project’s production. “Especially with the new feature sets like the animation layers, it allowed for even great flexibility to create this imagery exactly the way I imagined it… if not better,” said Hall. 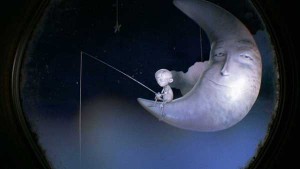 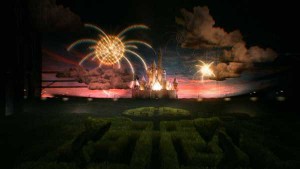 The spot was produced by full-service design company Elastic with finished content graded for film and HD/SD broadcast presentation by a52’s Patrick Murphy using Flame. Driven by an original orchestral score from Robot Repair, the spot’s final mix was created by Framework Sound. 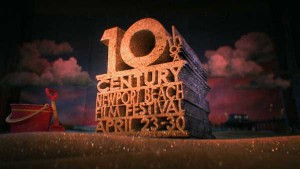