MPC unleashes Sentinels on X-Men:Days of Future Past 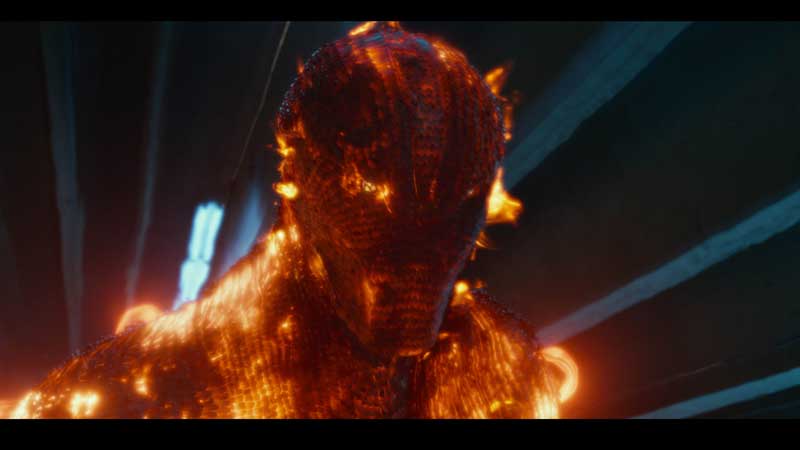 Working closely with Production VFX Supervisor Richard Stammers, MPC’s main areas of work were the future sequences in the movie, such as creating the future Sentinels, from concept art through to final compositing, as well as the X-Jet, Xavier’s virtual world, future environments and creating mutant effects. 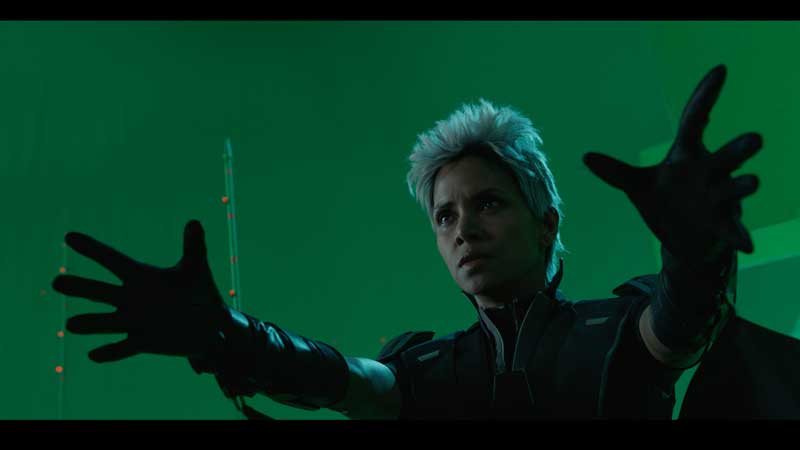 MPC’s work on the future sentinels was particularly complex. Engineered from the DNA of the shape-shifter Mystique, the Sentinel is a ten foot fully CG mutant slayer covered with approximately 100,000 independent blades, the movement of which had to be directed artistically rather than driven by simulation. The vast number of objects proved too cumbersome with existing workflows, so an entirely new approach was required. MPC’s R&D team, lead by Tony Micilotta, introduced the concept of a follicle that approximated the shape and size of the final blade model. These were combined into per body part follicle-meshes and could be manipulated using standard deformers.

This not only provided the requisite visualisation for animators, but doubled up as primitives from which transforms could be derived using trigonometric methods. These transforms were cached as particles and were subsequently ingested by a bespoke Katana Scene Graph Generator (SGG) that instanced blade models accordingly. MPC also created a CG X-Jet, Xavier’s virtual world and Wolverine’s claws. 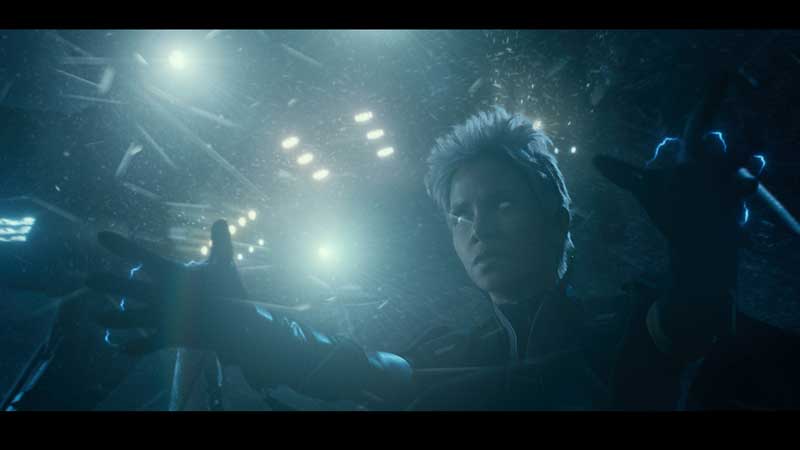 The opening sequence of the film, set in a future Moscow, provides the backdrop for the first battle of the film where a host of mutants take on the Sentinels. Extensive matte painting and environment work open the film as carriers fly over Moscow and drop 3 Sentinels to seek out the X-Men. MPC’s team completed effects work for a number of mutants.

Blink’s portals were realized though departments working closely together to generate meshes, textures and particle effects, proving multiple layers for the compositing team to work with.

Sunspot’s flames were achieved by the FX team using Flowline fluid simulation technology to produce multiple layers of volumes and particles, while Bobby turning into a fully formed iceman and creating ice slides posed complex challenges for the rigging, shading and lighting teams as they worked together on the lookdev of the ice, adding FX layers of spray, ice crystals and ‘dry ice’ type effects. 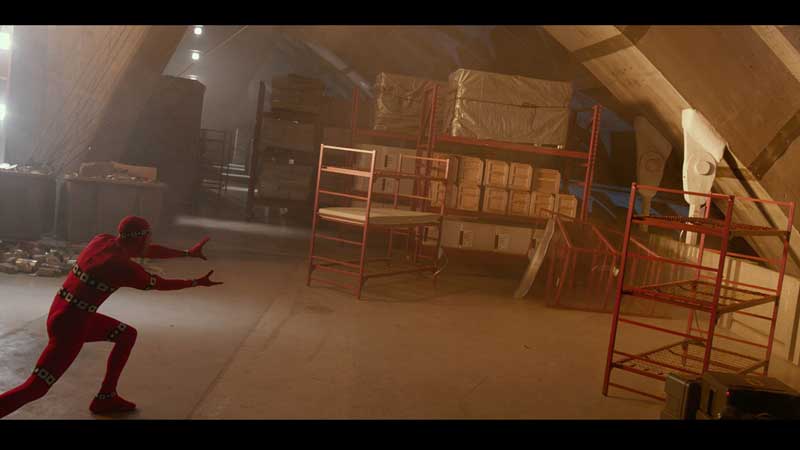 Bishop’s energy absorbing power was created through texture and compositing work to sit the effect deep within the character’s skin, MPC’s team’s also created Colossus’ metallic skin and a digital double of War Path. The sequence takes place in a bunker deep underground, which involved work from the environment team to provide set extensions and finishing touches.

The climax of the film takes place in and around an ancient monastery in the Himalayan mountains. As the sentinels close in on the X-Men, Storm generates a hurricane to slow their progress. Animation, Crowd, DMP and FX worked closely together to generate the setpiece lightning effects, large swirling volumes and buffeting winds to smash sentinel carriers in to the surrounding landscape. MPC’s Assets and Environment teams in Bangalore and Montreal recreated and extended the monastery set to provide the backdrop for the sequence. 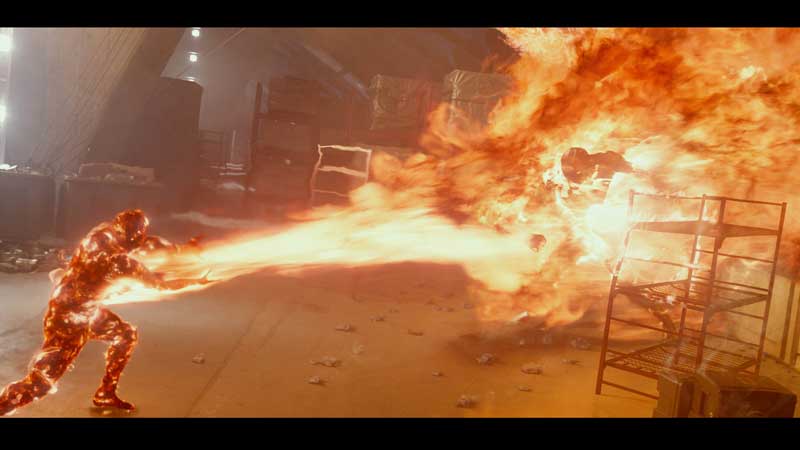 The final shot MPC completed was the final credits teaser in which Apocalypse constructs the great pyramid of Giza. MPC’s Animation team blocked out the movement of the stone then FX took over to create flocking simulations of the large stone sections out of smaller blocks as well as multiple layers of dust and sand. Crowd, Assets and extensive DMP work provided the Egyptian environment below where Apocalypse stands, resulting in a 40 second reveal of an almost entirely CG shot.