VFX and DI post boutique uFX has revealed details of its extensive work on the forthcoming ‘anim-action’ feature Jackboots On Whitehall. 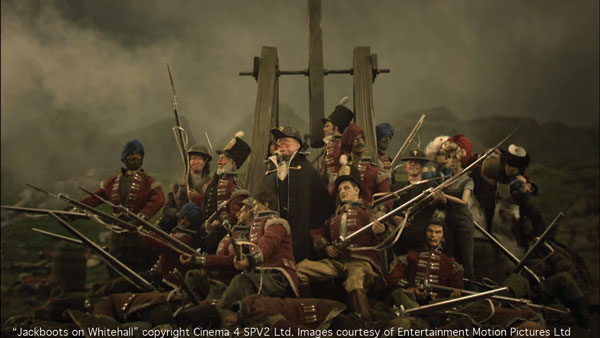 The company was responsible for delivering over 1,200 VFX shots on the film, as well as the DI grade and multiple deliverables for theatrical release.

Jackboots On Whitehall, a satirical alternative history of WW2, was written and directed by Edward and Rory McHenry, with Karl Richards the producer. Hitler and his gang of ruthless Nazi drones take over London and England, forcing Winston Churchill and a band of brave Kentish farmers to amass at Hadrian’s Wall to prevent an all-out Nazi invasion of the UK. 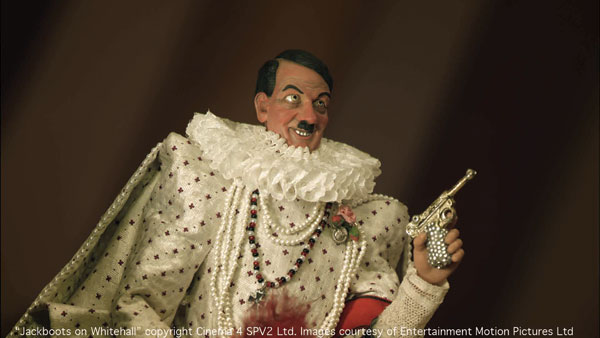 uFX received the script for Jackboots On Whitehall in early 2009. Initially, the directors had no intention of using facial animation on the puppets, seeking only general VFX clean-up, set-extensions, greenscreen compositing and atmospheric effects. However, early discussions with producer Karl Richards lead to uFX running a series of successful tests in R&D to further develop each character and bring added dynamism to the action.uFX’s tests included animating not only the puppets’ mouths, which were less than a centimetre wide, but also their eyes, plus the development of unique expressions. Some were also given teeth to further enhance their on-screen personas.

During the production, which took place between June-August 2009, uFX’s VFX supervisor and lead artist Jonathan Cheetham was a frequent visitor to the set, providing on-set visual effects supervision. In post production, harnessing a nine-strong team of senior-level CG and compositing artists, uFX turned out over 75 shots per week, delivering in excess of 1,200 shots in under six months.

All compositing was completed in Nuke and Fusion, with the DI grade completed in Scratch at 2K in realtime in uFX’s screening theatre. Deliverables included HDCamSR and the DCP. The 35mm filmout and prints were provided by Ascent Media. 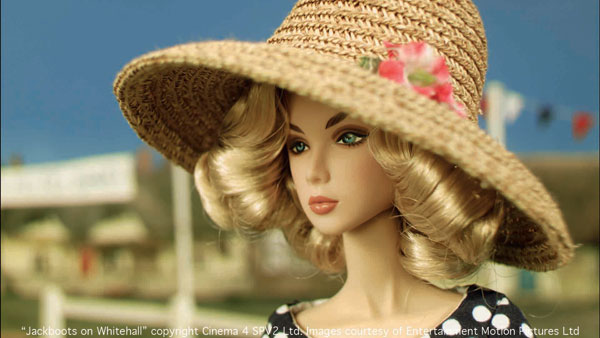 “Nearly every shot you see in the final, on-screen version has VFX – whether it’s facial animation, explosions, set extensions, greenscreen compositing, clean-up, muzzle flashes, or smoke and debris effects,” said Clare Cheetham, VFX producer at uFX. “Our greatest challenge on this project was time, but having optimized our VFX, editorial and DI workflow on many previous projects, we were able to deliver a huge number of shots on time, and on budget.”

Speaking about the post production on the project, Jonathan Cheetham commented, “Being able to collaborate on Jackboots On Whitehall in pre-production, and to provide on-set VFX supervision, was a significant and practical advantage during post. Aesthetically, by combining the toolsets of Nuke, Fusion and Maya, we used CG imagery purely to enhance each scene, and retain the satiric nature of the ‘anim-action’ captured in-camera. The last thing we wanted was for the audience to be distracted by obvious or overly-strong effects.”

“The benefit of working with a company the size of uFX is that, as a filmmaker, you receive the personal, collaborative touch,” said Producer Karl Richards. “That was essential on this picture as the visual emotions of our characters were in the hands of their VFX artists. The final result surpassed all our expectations, as uFX delivered the film to the highest standards, on schedule and budget, despite there being many variables and amendments on the way.”

Jackboots On Whitehall premiered in June at the Edinburgh Film Festival, where it uniquely received a unanimous Special Mention from the jury for the prestigious Michael Powell Award. It was also the opening Gala Film at Raindance on September 29th. Sony Pictures will release Jackboots On Whitehall in the UK theatrically on October 8th through Vertigo Films. It is a co-production between Entertainment Motion Pictures (E-MOTION), Arcadia Motion Pictures, Matador Pictures, Motion Investment Group.