Wolverine ends with a bang

Luma Pictures created 125 vfx shots for X-Men Origins: Wolverine, including a full CG environment for the film’s dynamic climax and CG doubles of the cast .

The majority of Luma’s vfx shots appear in the concluding ‘Aftermath’ sequence, which takes  place within a destroyed nuclear reactor. Luma created a computer generated environment for the facility, as well as the huge assortment of dust, debris and other atmospherics that accompanies the mayhem. 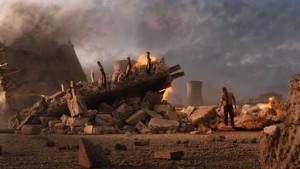 Luma went to great lengths to make the 3D environment look real. “We flew a crew to Sacramento to photograph decommissioned cooling towers and industrial complexes as reference for our 3D replicas,” recalls Luma VFX supervisor Vince Cirelli. “We also analyzed reference material of large structures that had been demolished to better understand how certain building materials fracture under stress. Those elements helped us to create a believable, post-apocalyptic environment that provides the stage for the final minutes of the film.” 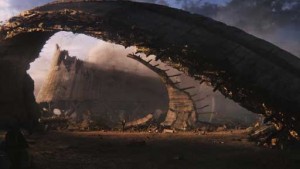 Actors were shot on green screen and were then integrated into multiple 3D environments. Luma artists had to make subtle adjustments to the lighting, shading and colour tones of the real actors to ensure they reflected the light from the digital environments. 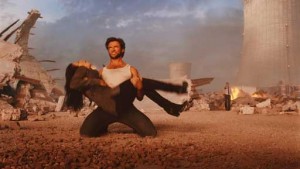 “It required articulate rotoscoping and various keying techniques to skew the tonal range-a delicate balance that, if not handled correctly, could have made the actors look processed or compy,” Cirelli notes. “As a further complication, the 3D environment into which the actors were being comped was going through continual refinement through the very end.”

A multitude of live and digital elements made it difficult to maintain visual continuity in the complex shots. Luma produced a number of ‘tent-pole’ composites to provide a reference for colour, lighting and shading values, but as the sequence was constantly evolving, there was a repeated need to refine the look. “We were frequently required to apply significant changes across the entire sequence of 100-plus shots for the purpose of studio screenings,” recalls digital effects supervisor Justin Johnson.