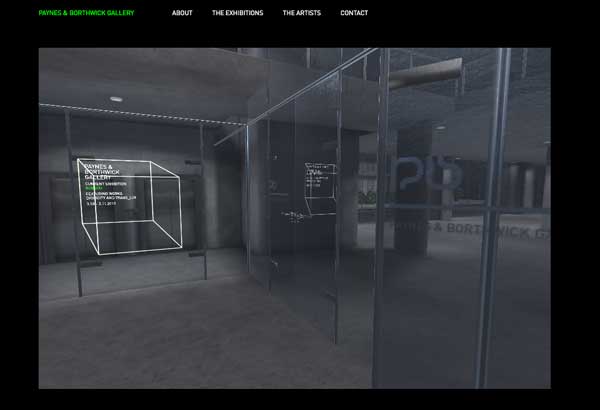 The Paynes & Borthwick Virtual Gallery is an creatively-navigable, virtual replica of an actual gallery space that is currently under construction at the Paynes & Borthwick development in Greenwich, London. The physical gallery is due for completion this autumn and is part of a £100 million regeneration scheme taking place of the banks of the River Thames.

“The Gallery provides a first-of-its-kind opportunity for artists to create work for an expansive online medium in 3D real time artwork,” said Gareth Howat, Creative Director of hat-trick design, the studio creating the identity and graphics for the project.  “It’s very exciting as it gives the artists almost limitless possibilities.” 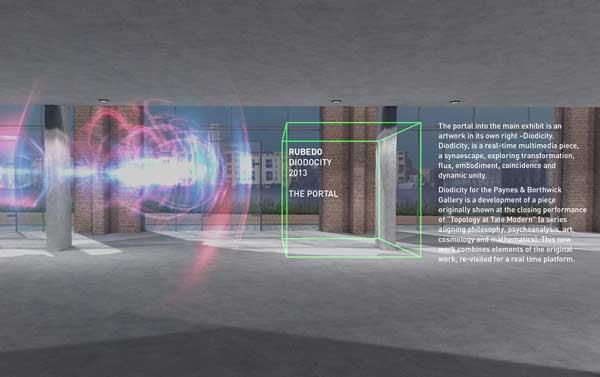 Futurecity Virtual was the instigator of the project, a company hat-trick design had collaborated with many times with before. “Futurecity is the cultural and placemaking agency that curated the project,” explained Howat. “Rubedo built the online Gallery and is the inaugural exhibitor of the space. Rubedo’s work inside the gallery takes the viewer into a fully immersive experience, which explores sound in relation to space, time and user interaction.” 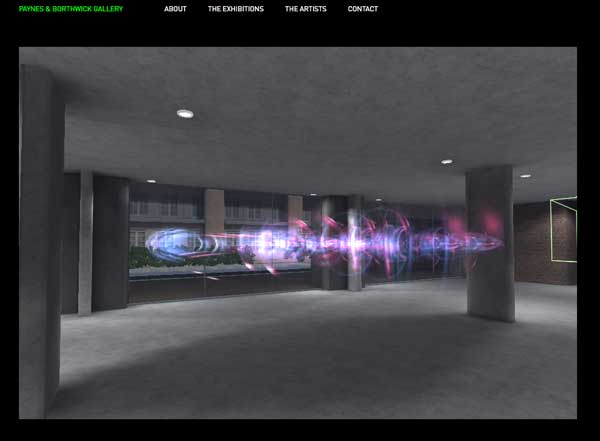 Rubedo consists of London based artists Dr Vesna Petresin Robert and Laurent-Paul Robert, whose work offers a very interactive and immersive experience. The pair boast an impressive resume, having their work featured at the likes of Tate Modern, The Sydney Opera House, Venice Biennale and Cannes International Film Festival. This particular exhibition will run online for four and a half weeks.

“For us it was a really interesting opportunity to create a distinctive identity for this exciting new idea,” Howat said. “The work was very much a process of collaboration between us, Futurecity, Rubedo and This is Tommy, who programmed the website.” 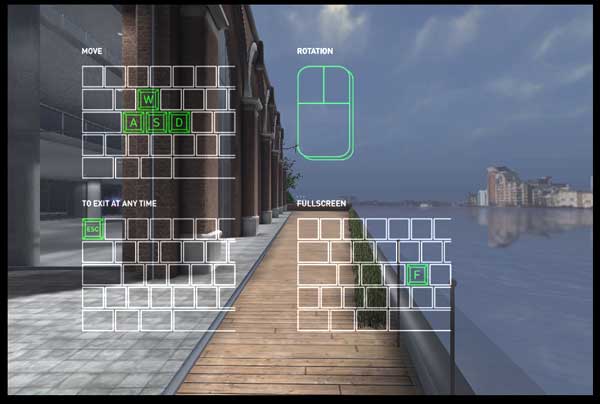 Howat explained that the approach to the creating the identity was to combine the visual language of leading art galleries with the visual clues from the gaming world.

“The identity itself is very clean and simple so it does not overpower the art pieces,” he added. “The feel had to be contemporary, urban and international. The cube logo reflects the virtual ‘space’ and has a changing configuration which can be used in animation and print versions. We chose to use a simple colour palette of white and a bright RGB green against black as the core colours, along with the use of a simple but sharp modern sans-serif typeface.” 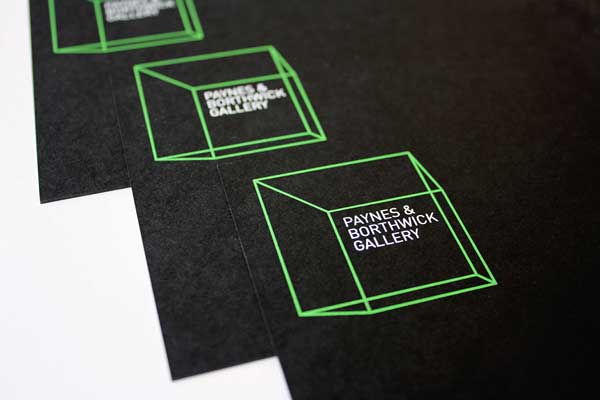 Other exhibitors are drawn from a range of creative spheres, from design and fashion to sound and the moving image. Following Rubedo will be Richard Wilson, whose sculpture Slipstream will be featured in November. The sculpture is the longest in Europe and can soon be viewed at Heathrow T2. Marcus Tomlinson the photographer and fine art filmmaker, along with Turner Prize winner Mark Wallinger, will also be on show in Spring 2014. 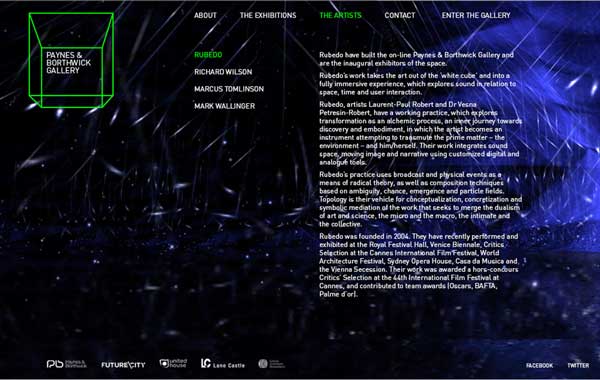 See more by hat-trick design on Fired By Design