ATTIK and Shilo have released an animated spot for the Scion xD, part of a larger Brand Manifesto cross-media campaign.

The Scion xD “Explosion” TV spot, which launches the Scion Brand Manifesto, was directed by ATTIK’s co-founder and creative director Simon Needham in conjunction with Shilo.

Working with Scion, Needham and his colleagues created numerous model-specific campaign assets for the xD, xB and tC ranges, each featuring its own font, style treatment and set of manifestos reflecting the vehicle’s unique ‘personality’.

The animated fruits of this labour include the xD “Explosion” and forthcoming tC “Streaks,” spots in conjunction with Shilo, with Needham teaming up with Imaginary Forces to direct xB “Splicer.” The spots feature custom scores from Face the Music, and were all finished at Method Studios.

“ATTIK’s brief for this project was pretty interesting, in that each car has an animation technique associated with it that speaks to the character of the car itself,” said Gomez. “For the xD, its animation has this shard-like quality reflecting the sharp angles of the car’s design. We find it really interesting when the animation itself speaks to the nature of the subject at hand.”

With the goal of finalizing the look and feel of the spots, Shilo’s artists began the project workflow by creating an animatic. “Getting everyone happy with the storyline itself was the first big step. Once we had the edit locked, we moved forward in refining the animation in the action taking place, as well as the camera moves. At the same time, we also created a motion test to present the spot’s final look and feel. With approval on that, in this case, all the rendering, compositing, and colour came from Method Studios.”

“With this Brand Manifesto campaign, we’ve found some fun and exciting ways to invite even more trendleading, creative individuals to participate in the brand’s unique philosophy of ‘vehicle as self-expression,’“ Needham began. “For the new TV spots, our creative focused on finding dynamic ways to convey each vehicle’s personality, and connecting those with individuality. Shilo really impressed us with their past work on ‘Fable’ and numerous other great Scion films, as did Imaginary Forces on the recent Samples campaign spot; they really get into the personality of their creations, and that spirit transfers to the screen.”

“Method’s finishing has added a lot of realism to the incredible CGI content created at these studios,” he continued. “And our friends at Face the Music are proven partners when it comes to creating phenomenal sound treatments to represent Scion and its models.”

The first, Pixel Reveal, invites visitors to register to win a highly customized Scion, and to visit the site every day to remove more pixels; as the number of registrants and daily visits climb, the million-pixel site will reveal more of the grand prize Scion, which will be awarded to the registrant revealing the last pixel. The second site, entitled Speechifier, allows visitors to enter their own manifestos to automatically generate video versions of their messages using a montage of video clips. Personal manifestos created at the site can then be embedded into social media sites. 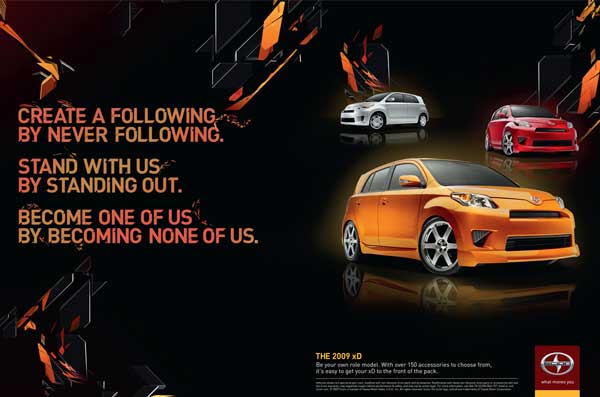 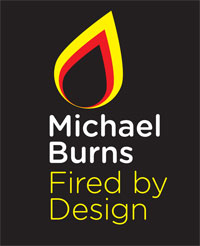