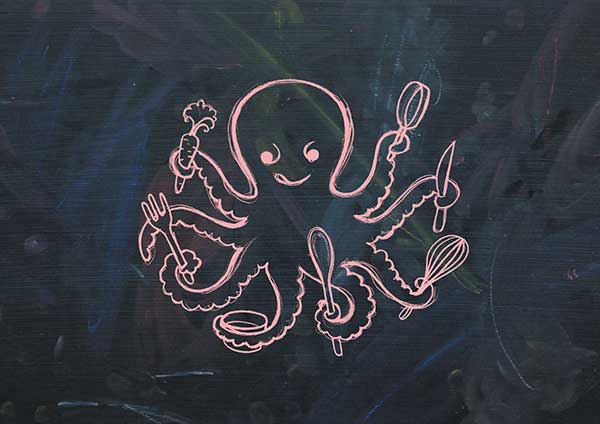 London-based hat-trick design has continued its collaboration with Great British Chefs with work on a ‘Cooking with Kids’ app, which has just been launched in association with Tesco.

Great British Chefs provides food lovers with great recipes, tips and how-to videos from some of the very best chefs in Britain. The relationship began in 2011, with hat-trick creating an identity for the new brand which brought together the culinary expertise and menus of twelve of Britain’s most celebrated chefs – including Marcus Wareing – in the form of an iOS app. 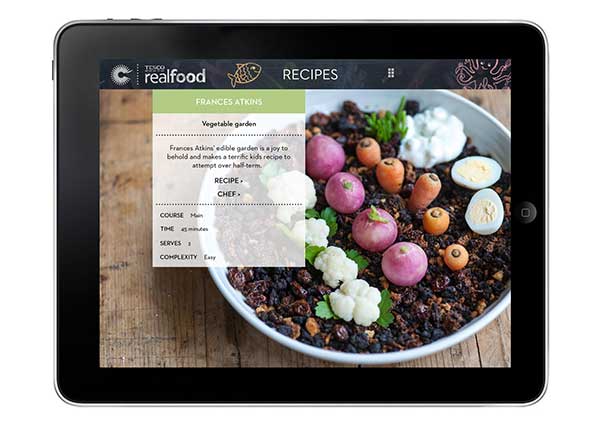 The latest collaboration is for an exclusive range of recipes, again from over 20 of Britain’s greatest chefs including Nathan Outlaw.

“Both Great British Chefs and Tesco believe that getting kids to cook will lead to a whole load of benefits ranging from psychological, sociological, educational and of course health related,” said Creative Director Gareth Howat. “We wanted to create a look and feel that retained the sophistication of the Great British Chefs brand but was also fun and friendly for families. Illustrated blackboards seemed to be the perfect solution for something food related, familiar to children and a great canvas to inspire imaginations. We worked with Rebecca Sutherland to illustrate a range of characters based on ingredients which were used throughout the app, including an animated intro sequence where the chalk drawings come to life.” 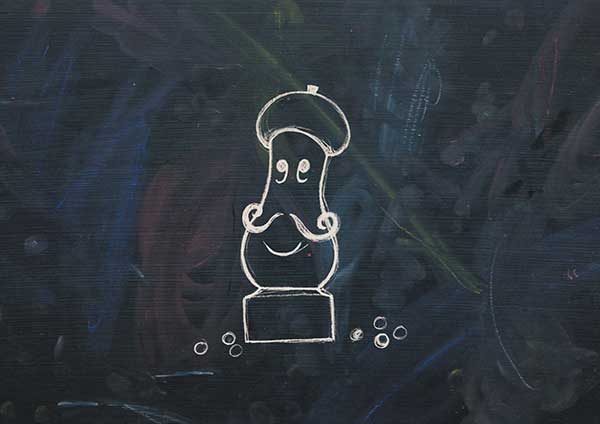 “We wanted the characters to be slightly quirky as Great British Chefs use quite unusual ingredients” added Designer Alex Swatridge. “Early on we thought an octopus would be great as he is not only a good character but also illustrates the multitasking nature of cooking, with various implements in his tentacles. Similarly a family of mushrooms seemed to work very well as characters with the ‘hat-style’ tops. We also liked the combination of characters or multiples as it’s about the family cooking together.” 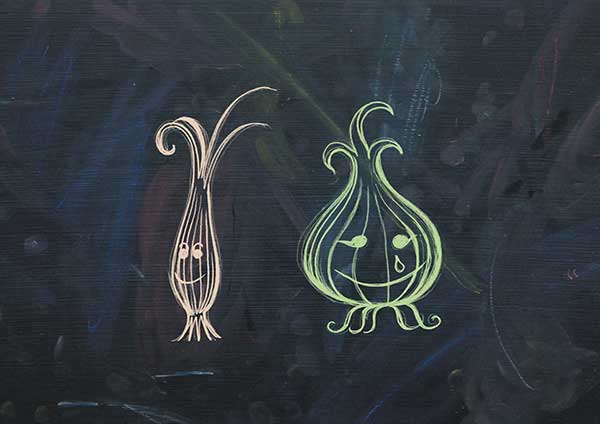 Swatridge continued: “Rebecca did a series of sketches which we developed with the clients and eventually arrived at the final family. There was quite a lot of testing in terms of line weight and we really wanted to retain a sketchy feel to add texture and stop it from looking too refined. They also needed to work at quite a small scale so we had to ensure they weren’t too detailed and were bold enough when scaled down.”

For the animation Rebecca Sutherland drew all the individual frames by hand. “We then worked with Peter Robert Smith to turn it into an animated sequence in After Effects, which is used on the app introduction,” explained Swatridge. “We knew it had to be simple, as it only lasts a few seconds, but we wanted something that would be fun and engaging for children and parents. We loved the idea of the mushrooms sprouting out of the ground and then dancing from side to side.” 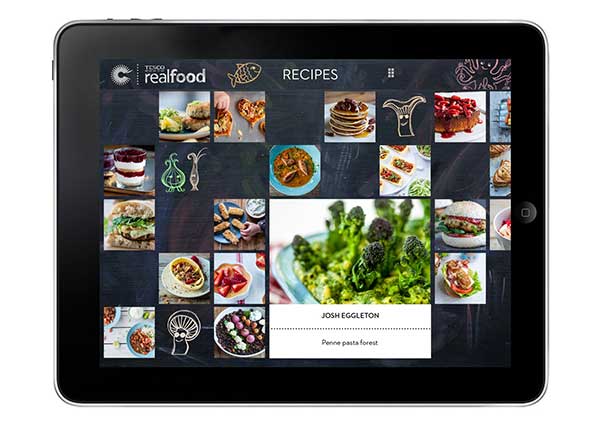 See more work by hat-trick design on Fired By Design