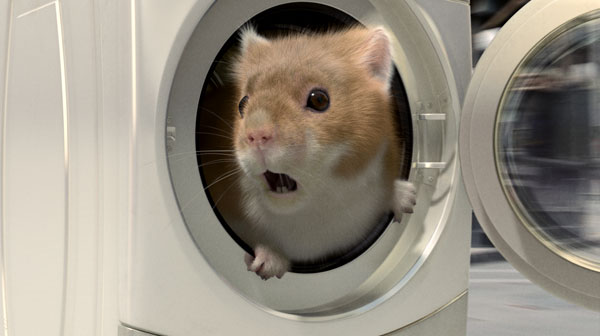 The eye-catching spot was directed by Partizan’s Antoine Bardou-Jacquet.  Based on Black Sheep’s classic 1991 rap ‘The Choice is Yours’, the spots sees three king-of-the-ghetto hamsters use the track’s lyrics of ‘You can get with this… or you can get with that’ to compare the Kia Soul’s cool credentials against alternative modes of transport, such as a toaster on wheels. The hero rapping hamsters are surrounded by all that the urban life of Hamsterdam has to offer: everything from fellow hamsters playing street basketball to hoity-toity hamsters-that-lunch raising their eyebrows as the rappers sweep by in their Kia Soul. 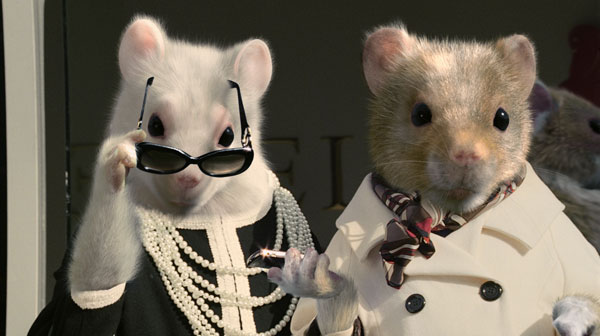 From a total of 53 VFX shots, 45 required CG hamsters. The hero rodents were realised by shooting actors in hamster-proportioned costumes with bluescreen covering the areas where the CG hamsters parts would be visible – face, hands and legs. These were then painstakingly body tracked and the CG models applied. All the remaining background hamsters are CG. 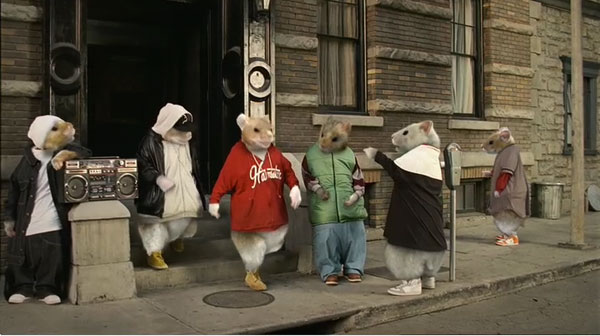 With three hero characters, 10 background hamsters and numerous CG vehicles in any one shot, huge reliance fell upon Framestore’s world-class animators and TD’s.   As always, creating photoreal CG fur posed a big challenge. Knowing the spot would be screened at cinema resolution added even more pressure as this fur would have to stand-up to extremely hi-res inspection, especially in close-up shots. Having worked on the last hamster-themed Kia campaign, Framestore’s CG team evolved its methods by developing a new set of fur grooming tools to work with Houdini’s native renderer, Mantra, rather than the previously used Renderman. 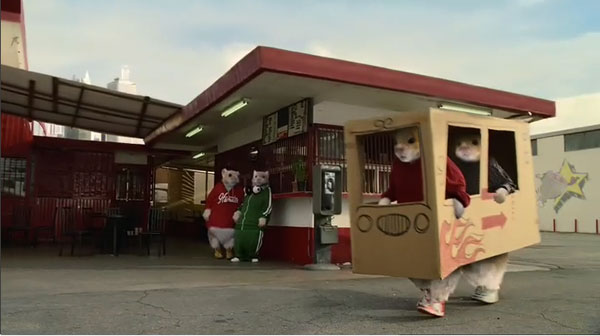 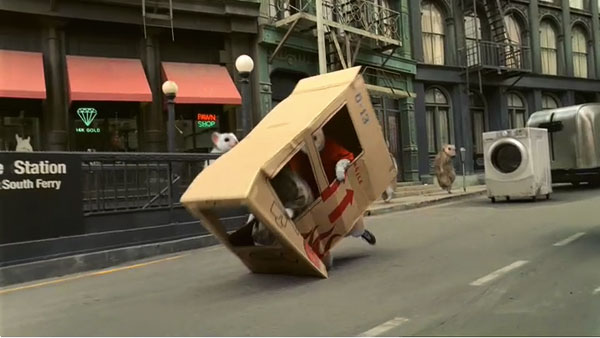 Flame was used extensively to rework shoot locations with added streets and buildings so as to create a bigger city vista. Evidence of humans, like people, cars and reflections, also had to be stripped out using Flame and also Nuke’s 3D features to re-project cleaned elements. Finally, Flame brought in all the Nuke composites to perform the final online prior to Dave Ludlam’s master-grade in Spirit. 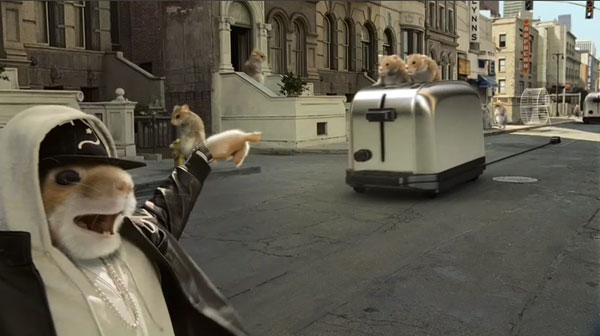 Framestore’s exec producer of commercials, Tim Keene, said the major challenge was to develop a fur system and render. “[it had to] adapt to the intricate detail needed for extreme fur close-ups whilst also efficiently adapting to the wide shots that contain multiple hamster renders,” he explained.  “Unlike last year’s hamster campaign for Kia, these rodents had something to say. And it’s not particularly easy to lip-synch animals when their mouths are shaped so completely differently from the humans that they are mimicking; especially when the lip-synch has to be delivered with phat rap attitude. But, having said all that, making hamsters rap was a lot of fun.” 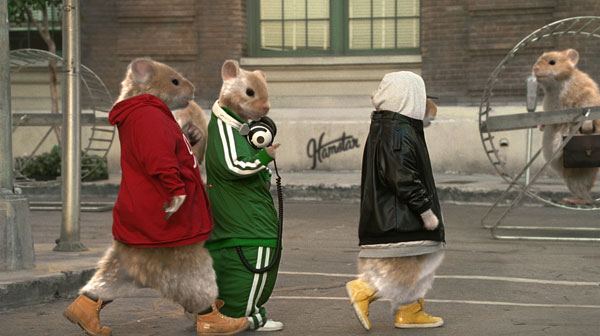