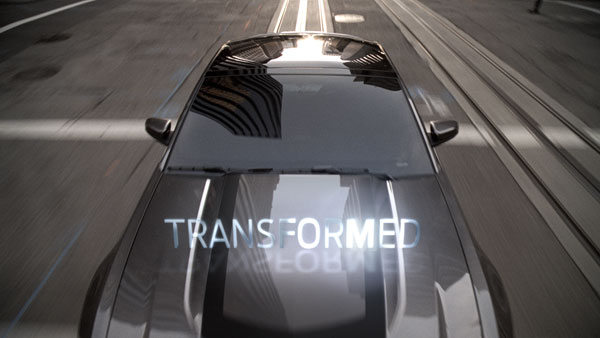 Titled “_PG.” and directed by Stardust’s Jake Banks for Team Detroit, the live-action commercial features the Band of Skulls track “Light Of The Morning,” as shots of the car captured in motion, from rooftops and as a reflection in a Chinese restaurant window, are interchanged with views of the city environment. 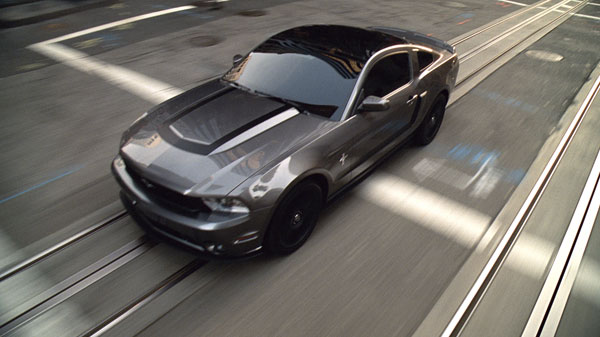 CG type accented by gleaming light effects reinforces the Mustang’s “31 MPG” and its “Primal” and “Untamed” qualities. The spot plays with light, using reflections off skyscraper facades, flashes from the Mustang’s grill and hubcaps, and the blinding sun as the car exits a tunnel. This gives the commercial a ‘lazy Sunday’ feel and complements the spot’s earthy colour palette. 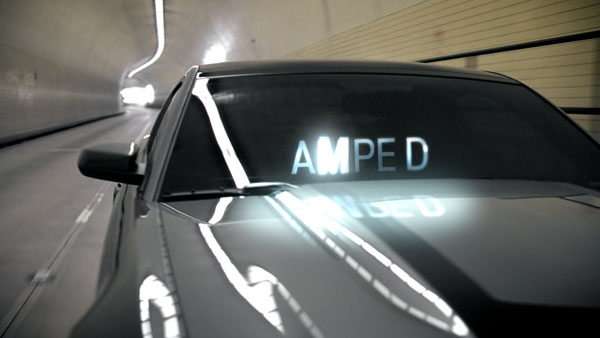 “My goal was to capture the car as if it were a character we’re following through a story and to maintain a sense of rawness and authenticity to the footage,” said Banks. “Our concept was to capture the car, as opposed to construct a series of shots. Team Detroit didn’t want another slick and glossy clichéd car spot and were willing to push it creatively, which made working with the brand team so fulfilling. The group that was pulled together, from the agency, to my DP, editor, VFX and animation team, music and sound folks, to the stunt drivers and type shoot crew – everyone was amazing and shared in the same creative vision.” 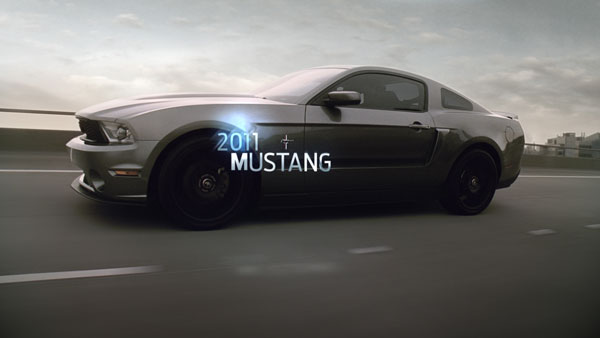 Banks spent four days in March filming in various parts of San Francisco, a location chosen for its ability to embody the urban vibe of any city. The picture car shoot involved three 35mm ARRI cameras operating simultaneously. These were attached to a Russian Arm on a pursuit vehicle, on a motorcycle chase car, with a wide-lens camera planted on rooftops to capture the footage below. A Stardust team of 15 worked on the spot over the course of a month and a half, with a lot of time spent in pre-production and upfront during the concept phase. 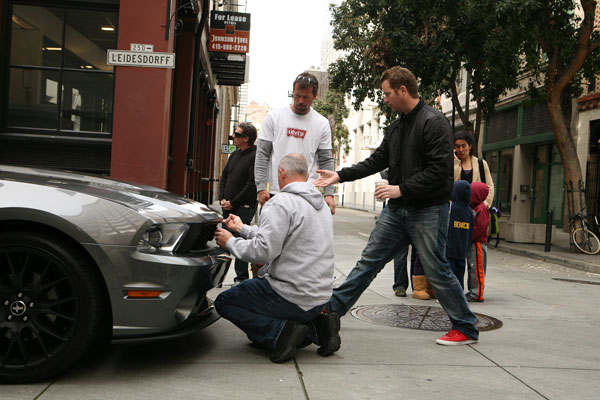 To give the typography a unique look, Banks opted for an old fashioned type shoot, capturing natural light effects using multiple lenses on 35mm film and then warping and deforming the effects along with digital type in Maya. “_PG” was finished on the Autodesk Flame 2011. 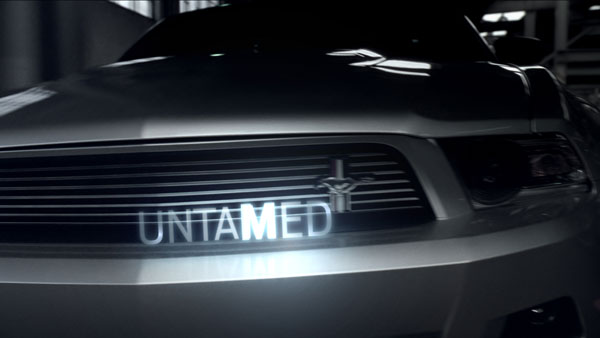 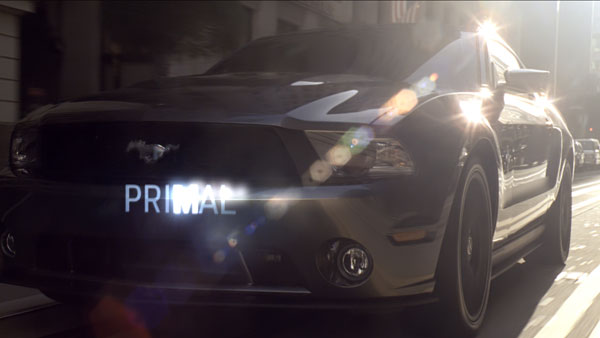 Team Detroit Executive Vice President, Group Creative Director Eric McClellan, said the studio had made an arresting cinematic spot about an American icon. “Mustang has always been an object of desire and deserves to be treated that way,” he said. “Jake gave us a look that is both connected to the car’s roots and makes it surprisingly new. The special sauce is the way the spot’s gorgeous visuals also punch out an important piece of news and do so in a totally organic way.” 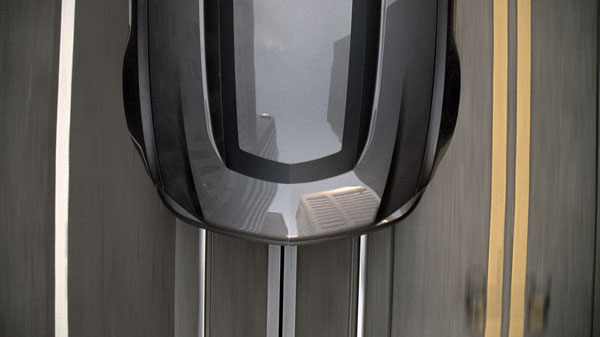 Find other work by Stardust on Fired By Design