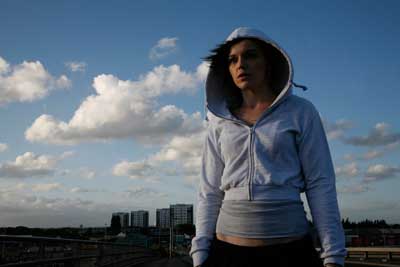 The feature film, about fifteen year old Mia, whose life is turned on its head when her mum brings home a new boyfriend, jointly won the Jury prize with Chan Wook’s Thirst at this year’s Cannes Film Festival.

Fish Tank was shot on 35mm Fuji Film by cinematographer Robbie Ryan. Robin Pizzey, senior DI colourist at Ascent 142, spent two weeks with Arnold and Ryan completing the grade, having previously worked with them on the director’s last feature, Red Road. The aspect ratio of the film was 1.33, and the brief was simply to ‘keep it natural’.

“We wanted to keep it as close as possible to what was exposed on the negative, almost like a photochemical grade in a laboratory, and try to avoid creating much of a ‘look’,” said Pizzey. “It was also necessary to match shots in variable weather conditions and change one scene from day to late evening; the finished result is a rich, saturated look.”

Rushes, which has previously worked with Arnold on the BAFTA award-winning Red Road, carried out the full VFX for Fish Tank.  “Andrea’s films always depict a gritty reality,” said Jonathan Privett, Rushes VFX supervisor. “That occasionally throws up production issues that have to be solved by the use of visual effects.”  Rushes completed around 30 shots including a number of high complexity composites.

Soho Film Lab is due to complete all the film deliverables on Fish Tank.  The company supplied the 4perf 35mm rushes services for the shoot and, following the film out from Ascent 142, supplied two lots of show prints for Cannes.

Rushes also carried out the post production and VFX for the short film After Tomorrow, which was also nominated for a Palme d’Or award at Cannes. The film, directed by Emma Sullivan, was shot on Red camera.  It was graded by Rushes’ colourist Denny Cooper using Resolve, before Rushes’ VFX artist Emir Hasham completed the online.