Rushes was involved from the pre-viz stage, which allowed the team to discuss key sequences and ideas with Karim before the shoot itself.

“The guys from LNIP and I wanted to create something different, a sort of surreal narrative anchored in the real world,” explained Huu Do.

Starting work at this early stage gave Rushes time to research the technical requirements and looks necessary to accomplish Karim’s concept for the promo. This led to the team, headed up by VFX Supervisor Martin Goodwin and CG Supervisor Andy Hargreaves, delivering final shots even closer to Karim’s vision. Simone Grattarola was the Rushes colourist on the project.

The Rushes CG team was tasked with the design of a bug creature, which features in the promo as the source of an apparently hallucinogenic secretion that is consumed by various members of LNIP.

After initial direction from Karim about what he wanted to see, Rushes modellers developed his ideas to come up with an eight limbed creature with a hard shell and an orifice used to expel these secretions.

Once the design was complete and modelled, work started on the animation, before passing it on for lighting and rendering. The Rushes CG team developed a complete sequence of entirely CG shots of the creature in its burrow, along with other smaller CG elements in the video.

Sky replacements, rig removal and clean up were carried out in 2D, with the VFX team also needed to create and apply an eye effect to act as a visual clue to being under the influence of the bug’s secretions.

This effect was required on a large number of shots with the potential to be quite large in frame, it also required a transition state showing the secretions effects coming on and wearing off. 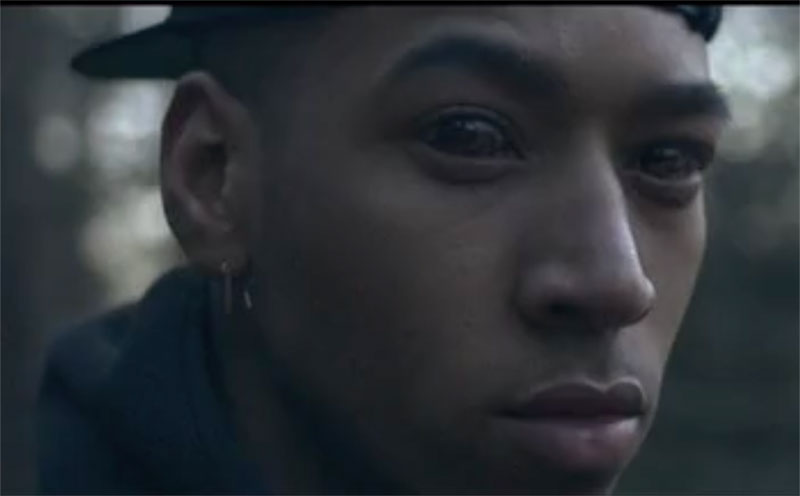 In the end Rushes settled on a look akin to diesel fuel on a wet surface. This was animated to give some movement like a film over the eye and applied with a certain amount of translucence, to see some of the original eye beneath and allowing to the crew to keep some of the ‘life’ in the eye.