The ten-spot series of commercials for the cheese snacks was produced via Young & Rubicam (NY) and is entirely computer generated. Blur’s animation team worked on the campaign for a year, which included three months of pre-production and nine months of animation. Leo Santos directed the commercials and served as animation supervisor while Dan Rice worked as art director/CG supervisor. 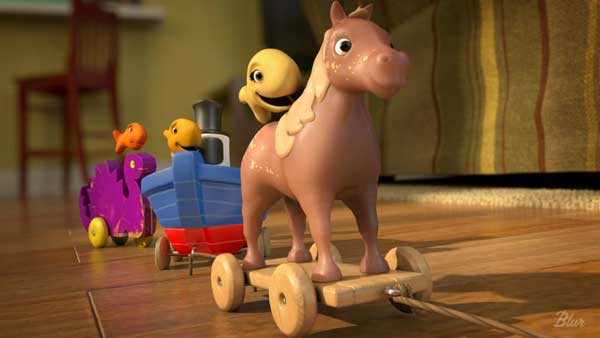 “We selected Blur for Season 4 because we wanted an entire season of episodic spots with a cinematic look and feel,” said Salima Millott, content producer, Young & Rubicam, NY. “Blur definitely delivered and treated our commercials as they would a film or television project, with film-quality animation, environments and nuanced performances. Blur is not only incredibly creative, but are also just great people to work with.” 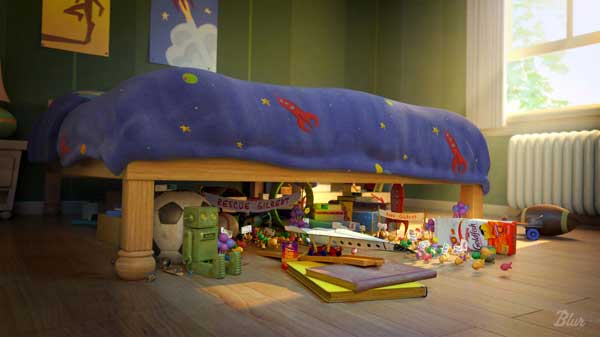 The first spot, ‘Blast Off’, debuted this week in the USA, and takes the Goldfish gang on a paper airplane ride out from under the bed in search of their lost friend.  New spots revealing twists in the Goldfish mystery are set to appear every six weeks. This story arc represents the first time in the campaign in which the Goldfish characters explore new environments as they voyage out from under the bed and engage in action-packed antics that include flying down a staircase, going for a spin on a cuckoo clock and playing chase with a hound dog.

According to Al Shier, Blur Executive Producer, a big part of the mission with Season 4 was to create an entirely new experience with more filmic quality, experimenting with lighting, depth of field and camera moves to engage audiences and immerse them in this animated world. 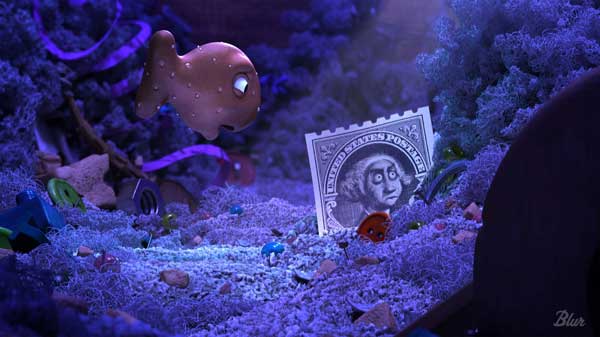 “Each Goldfish character has a distinct personality, from exuberant to adventurous, and the animation really brought them to life,” explained Santos. “It was important that each could be expressive in close-up shots and they needed to talk and emote with believability. We worked very carefully on the character rigging, colour and textures to give them a lifelike feel 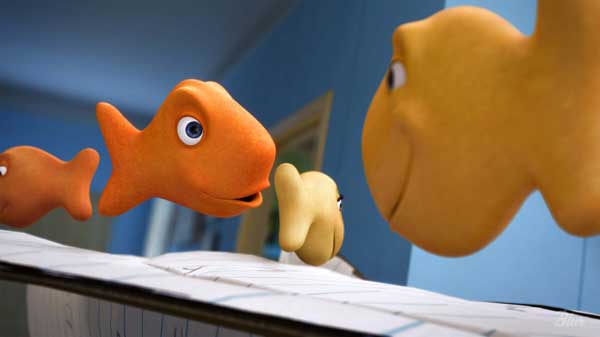 Dan Rice said that the team used a variety of editorial tricks to draw the audience into each adventure. “Micro lens photography brought the audience up close and personal to the characters and building an entirely CG world gave us great flexibility,” explained Rice. “Colour and light also helped drive the story throughout their journey. Rich textures, realistic materials and environments made the final sophisticated touches to give top-notch production value to the whole campaign.” 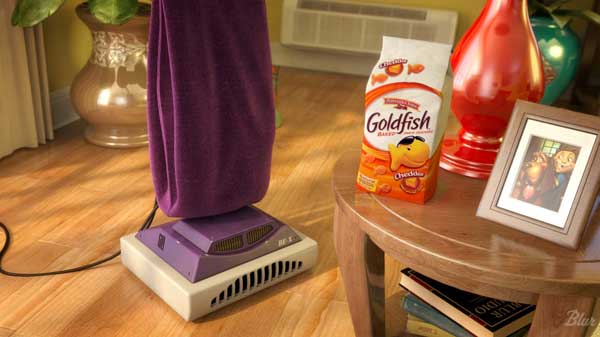 Blur’s animation team is well versed in character animation, having completed multiple film, television, commercial and game projects. In the Goldfish spots, Softimage was used for character animation and modeling; environments and effects were completed using 3ds Max, while mental ray was used to render the spots and bring in cinematic lighting effects.