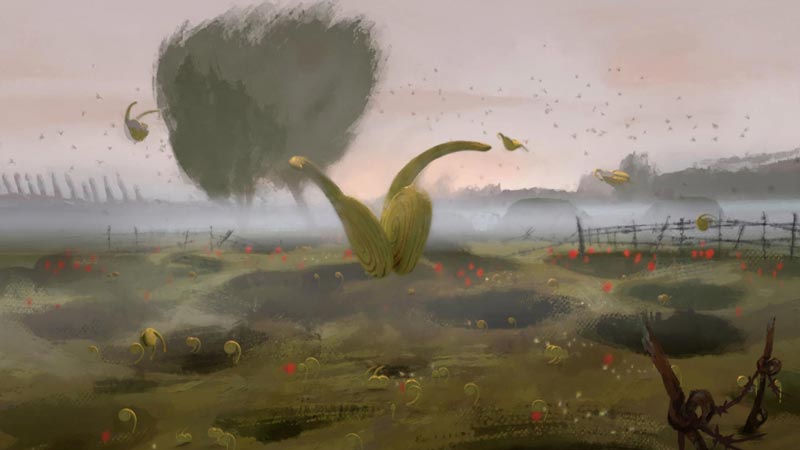 A poignant reminder of the WWI soldiers who ‘never came home’ is depicted in a new animation by Aardman for London’s Imperial War Museum.

Created by Aardman, the dreamlike animation Flight of the Stories commemorates the First World War Centenary and promotes the opening of the museum’s dedicated galleries at the Imperial War Museum in London. The First World War claimed the lives of over 16 million people across the globe, but this film focuses on the Western Front, with voices of actors quoting from diaries and letters sent back from the front from servicemen.

The ‘stories’ are accompanied by the sounds of songs from the period, birds, and wind and waves as they swarm across the English Channel heading for London. Here they fall to earth and drape in huge numbers over the museum. The written artefacts are drawn from the museum’s huge archive, and presented as flying quote marks.These 3D and 2D elements emerge from earth and lift off from the wrecked battlefields of France and Belgium, which are depicted in smeared and muted digital colours. 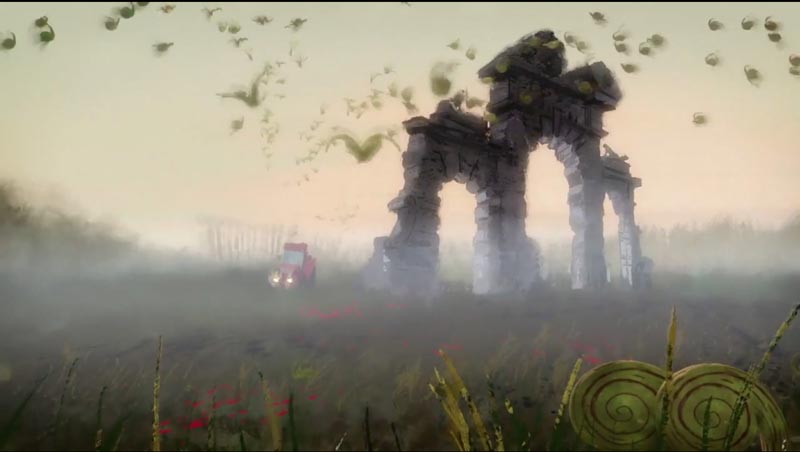 Aardman combined 2D illustrations and 3D CG animation to create a hybrid effect, bringing to life landscapes and muted palettes of war artists from the era

“The idea was to create a powerful piece of imagery that is suggestive of the paintings from the era coming to life,” explained Darren Dubicki, Director, Aardman. “It’s therefore a stunning promotional piece for the Museum’s commemoration plans.” 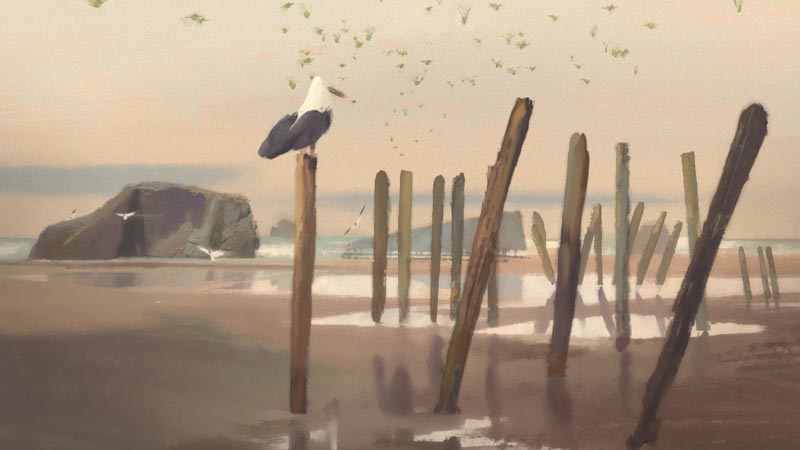 As the voices gather, the bird-like characters join to form a flock, taking flight across Northern France and the English Channel, over London, and finally resting at IWM London.

“We wanted to bring people to IWM London to see and hear the words of those who lived and died through the war for themselves,”said Paul Domenet, Executive Creative Director at Johnny Fearless. “To encourage them to reappraise the First World War in a way which is different to the stereotypical mud and blood imagery.” 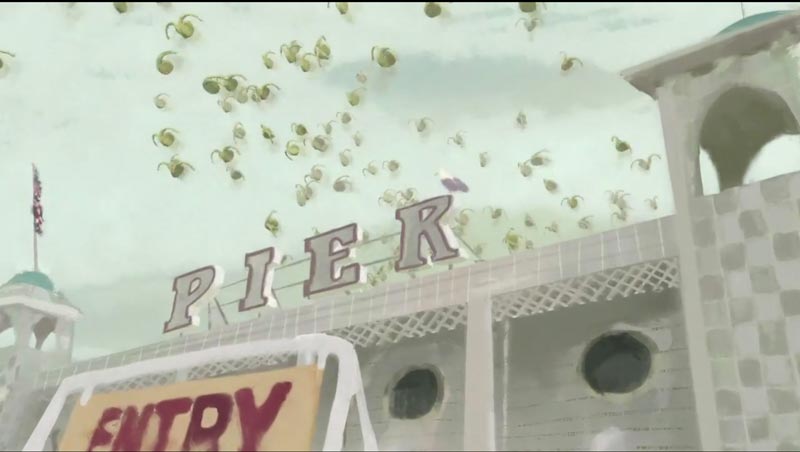 Flight of the Stories will be screened online and in cinemas from this week, as part of a multi-platform campaign supported by posters, press, radio and online ads promoting the new First World War Galleries. 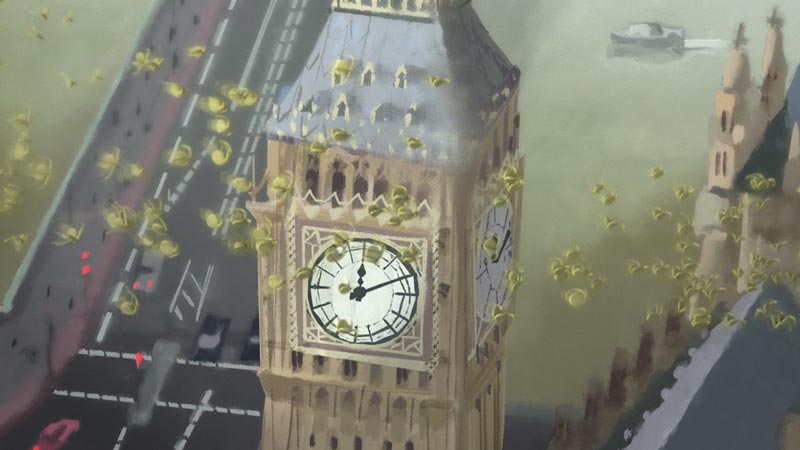 “The film is both beautiful and poignant,” said Penny Hamilton, Head of Brand and Marketing, IWM. “I think it captures exactly what we were trying to convey.”

“Whilst it is true that some of the people never made it back from the fighting front, their stories have, and it is our duty at IWM to ensure that they continue to be told. This what we will be doing in our new First World War Galleries.” 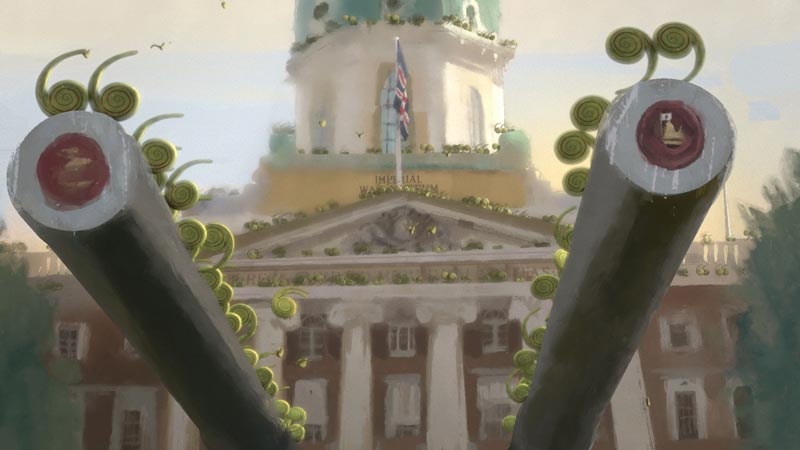 View more work by Aardman on Fired By Design