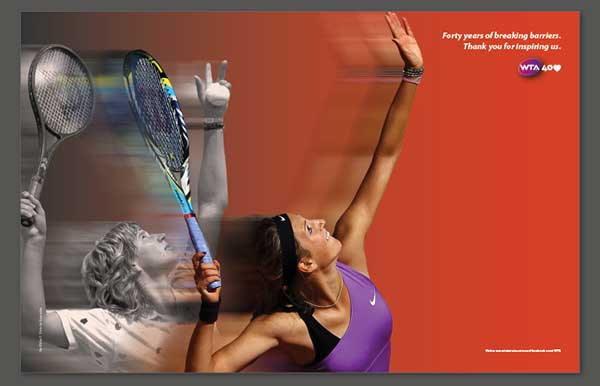 The Women’s Tennis Association – founded by Billie Jean King in 1973 – is the governing body for women’s professional tennis. The WTA is celebrating its 40th anniversary this year, with plans to promote the milestone extensively, beginning during the current Wimbledon fortnight. 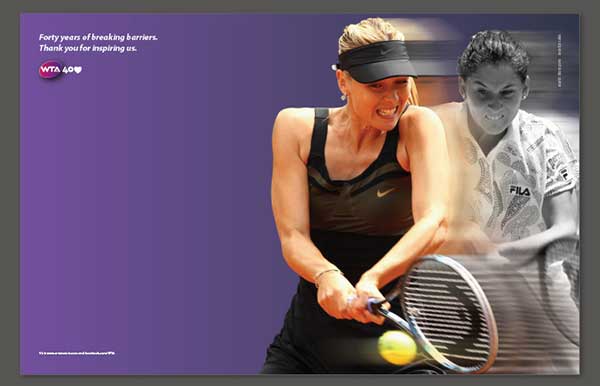 The WTA approached Chermayeff & Geismar & Haviv – the firm which created the organisation’s visual identity in 2010 – for a logo and ad campaign to help promote its four decades of achievements in the realm of women’s equality in professional sports. 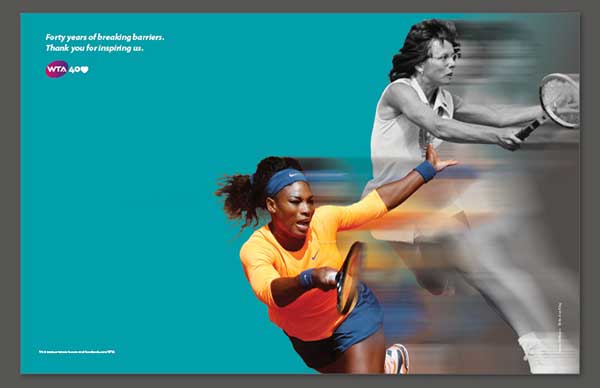 The firm’s ad campaign parallels legendary ground breakers in the sport with the most famous athletes of today. It prominently features a special WTA 40th anniversary trademark, and illustrates the idea that the equal standing of today’s women players in the realm of professional sports is due to the trailblazers of the past. 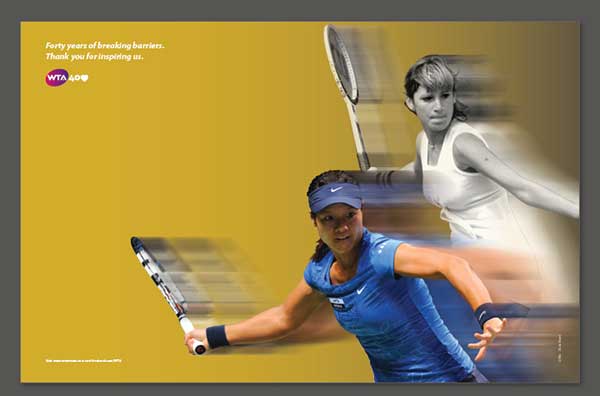 “The ‘40 Love’ pun paired with the WTA primary trademark highlights the anniversary while keeping the focus on the core identity,” said partner Sagi Haviv. “The ad campaign, pairing past and present athletes, plays on the ideas of motion and the passage of time.”

The WTA’s ad campaign and special 40th anniversary trademark will appear online, on TV, and in print throughout 2013.