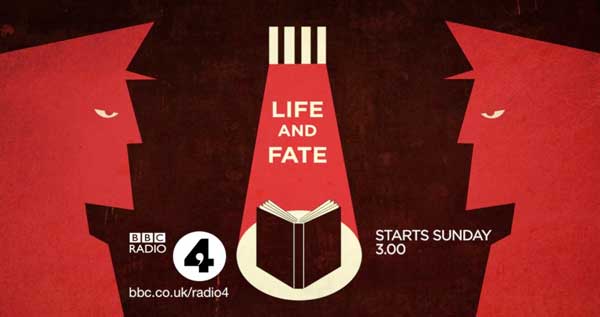 Beginning this autumn, BBC Four is launching a year-long partnership with the V&A Museum in London, celebrating British-decorative arts and craftsmanship. The link-up will feature a series of programming on British art and design, complemented by various exhibitions at the V&A under the ‘Handmade in Britain’ banner.

devilfish has crafted the full branding for the campaign, which will be seen in the opening credits of the programmes, within the V&A, and all promotional material both on and offline.

The final logos encapsulate the spirit of the series, created using four key tools of bygone eras. Each tool was selected for its beauty and historical importance across several decorative art disciplines; a painter’s duster, a spoon gauge, a shoulder knife and a keyhole saw are weaved together for a unique ‘Handmade in Britain’ stamp. The branding will also feature in an upcoming iPhone/iPad app, launching later this year. The series begins this autumn with a three-part series on ceramics, with ‘Handmade in Britain’ promos airing throughout the year. The events will run through until autumn 2012.

Richard Holman, Creative Director of devilfish, referred to the BBC Four commission as ‘a lovely project to work on’. “It’s a wonderful blend of the old and the new,” he explained. “Creating a carefully crafted logo that recalls and celebrates the very best of British artisanship while also being versatile enough to work across the very latest digital formats.”

“devilfish’s designs wonderfully weave together a variety of elements integral to British decorative art over the centuries,” said Sally Lovell, Creative Executive, BBC Marketing and Audiences. “ They create a beautifully constructed set of images to link the series together.”

Starring Kenneth Branagh and David Tennant, the dramatisation of Vasily Grossman’s Life and Fate, is set during the Battle of Stalingrad. The original novel is widely regarded as one of the most important works of the 20th century, and its comparison of Stalinism with Nazism led to the manuscript being placed under arrest by the KGB. devilfish tapped into the style and feel of old USSR propaganda posters, using a limited colour palette (red, black and off-white), to convey the sentiment of the 1950s novel and the Soviet Union of the era. 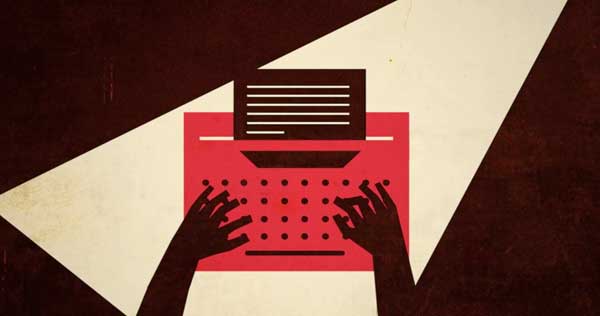 The agency was initially asked to come up with a piece of artwork for the series, to be used on a variety of media including posters and banners – following the success of which the brief was expanded.

Drawing upon a network of creatives, devilfish collaborated with artist Ben Newman at Pocko to craft a set of striking imagery and animation to promote the series. The work consists of seven narrative frames, with production by Wonky Films and audio mixed by Red Bee Media.

“Life and Fate is a complicated story,” said Holman. “We wanted to communicate its essence and evoke the feel of the adaptation with as much clarity as possible, as well as encapsulate the tone and backdrop of the story.”

“The original brief was to create a single piece of artwork,” he continued. “We focused on embracing minimalism to conjure up the ambience of the era – following which the BBC came back to say they liked the artwork, and could we create a promo in the same style.”

“devilfish’s image beautifully brings to life the dramatic story behind Life and Fate; a novel deemed so dangerous by the KGB that the book itself was arrested,” said the BBC’s Sally Lovell. “Its powerful style and imagery also cleverly allude to the epic, often bloody storyline of this sweeping, historical work.” 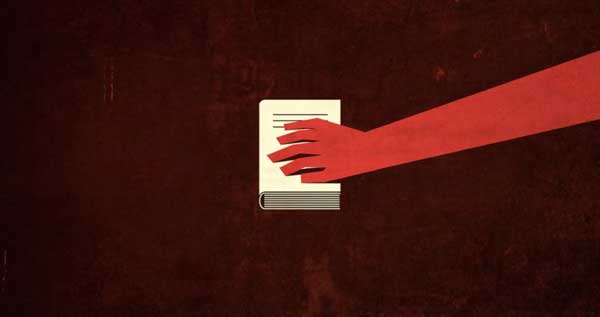