Racing ahead with hat-trick 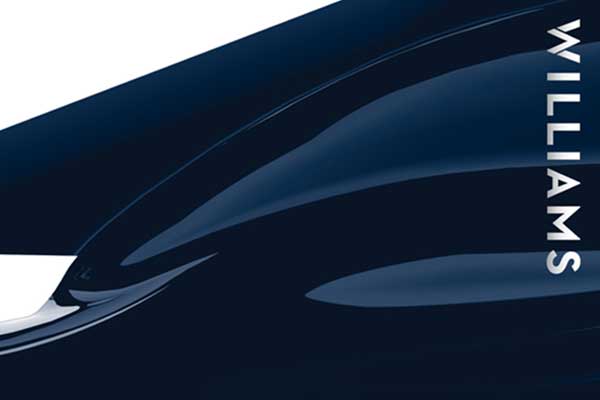 Rebranding the Williams F1 team was a dynamic and high-octane project for hat-trick design.

Iconic in the world of Formula One, the Williams team has been racing for the past 36 years. However Williams is less well known for the other work that it does in areas of Advanced Engineering and Hybrid Power. 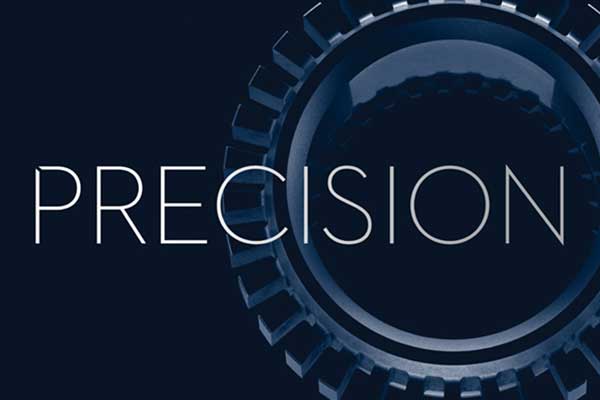 “They felt that the previous trackside design did not emulate the areas that Williams pride themselves in,” recalled Gareth Howat, Creative Director at hat-trick design. “Such as advanced technology, engineering and their racing pedigree.”
The challenge then was to create an identity that reflected a high quality, dynamic, advanced engineering company with a contemporary and premium feel, without neglecting the racing heritage. 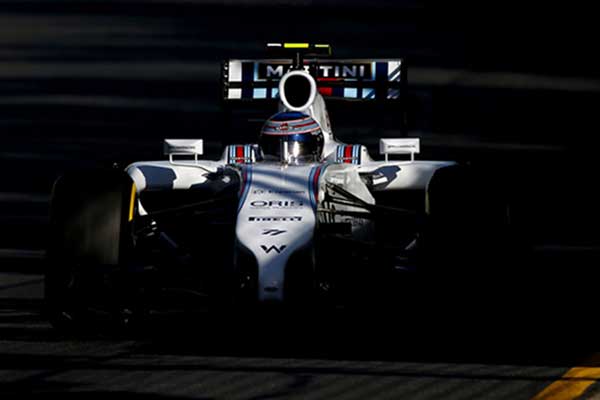 We were tasked with two parts to the project, done in parallel,” said Howat. “The Williams corporate identity and the Williams F1 team trackside identity. On the Williams Corporate side, our approach was to build on their core colours – the famous Williams blue and white and to strip away the secondary colours to simplify it down. We also simplified the brand architecture – relating everything to the core Williams name and rationalising the system of naming.” 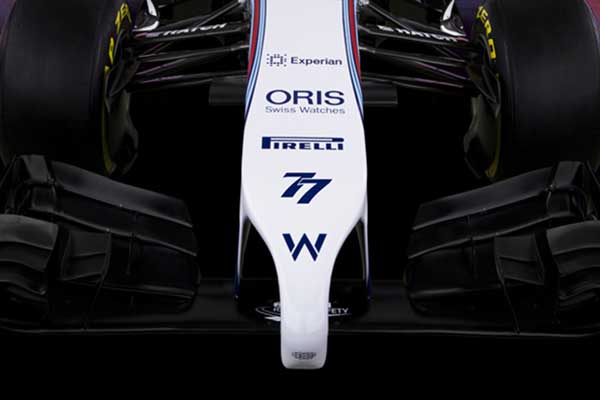 The studio created a typographic mark, based on simple geometric forms. The W was created using a bevelled form, to be a simple but distinctive monogram.

“We also wanted to bring Williams back to its core strength, which is building amazing racing machines,” said Howat. “We had a series of CGIs made of the current FW36 car which we used as basis for creating an image bank. We stripped it all back to the simple form of the car to show off the beauty of the engineering. We also asked their team to select a few key engineering pieces that they had designed and got the photographer John Ross to take still life shots of them to show off their incredible form and attention to detail.” 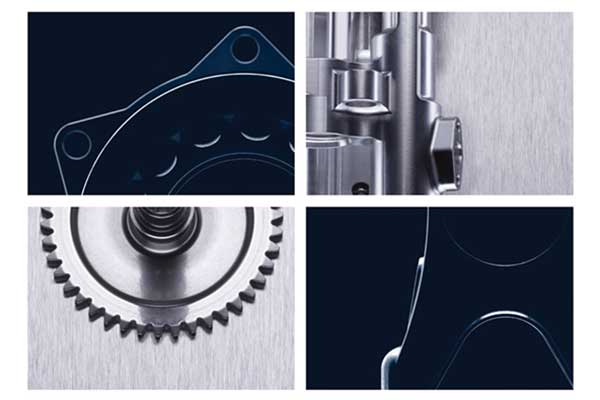 hat-trick also asked Williams to select its top nine cars that reflected the rich racing heritage, to feature on the backs of business cards. 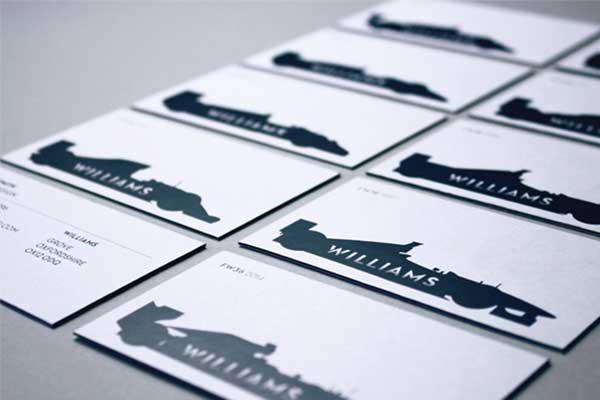 Howat continued: “On the Racing Team side, the addition of their new headline sponsor – Martini – gave us a great opportunity to incorporate their iconic racing stripes and colours into the team identity and present a fresh, dynamic look. We worked closely with the in-house design team at Williams to develop the identity and its applications to ensure it presented a coherent trackside presence: including the car , the uniforms, the garage and the team trucks.” 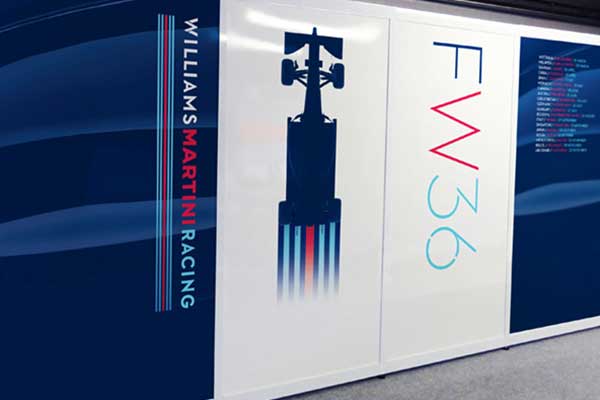 The stripes were used in a variety of ways: “We integrated it with the distinctive new silhouette shape of the car,” said Howat. “We also drew up all the current F1 track shapes using the stripes to create dynamic shapes, and we got the drivers to choose their favourite curve as a feature graphic. 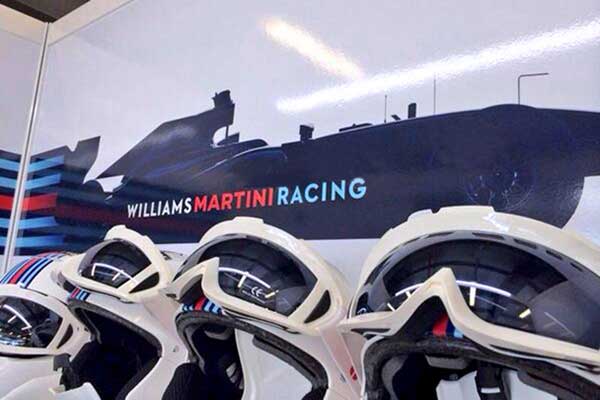 The new-look Williams team took to the track for the first time at Albert Park in Melbourne, Australia last week, with its revised driver line-up of Felipe Massa and Valtteri Bottas at the wheel. 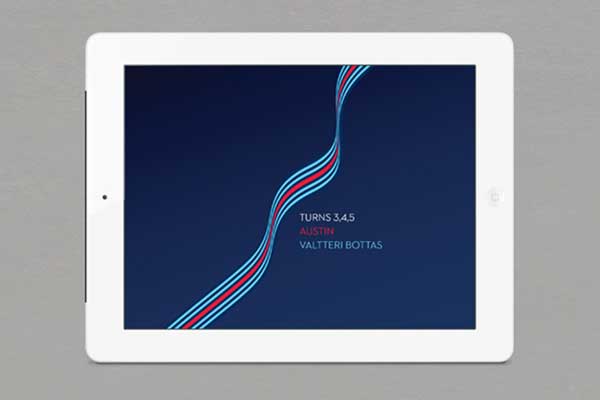 See more by hat-trick on Fired By Design 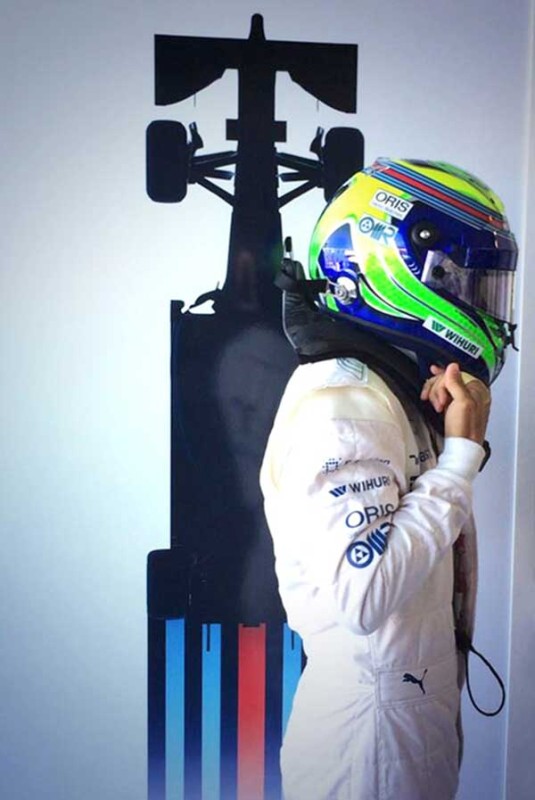