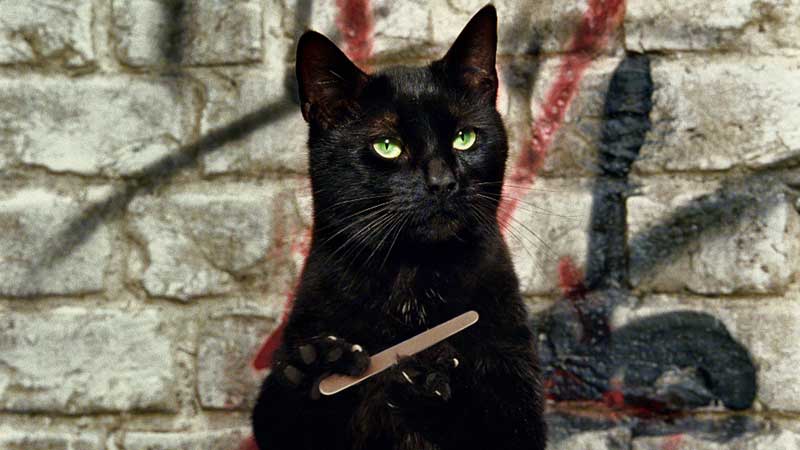 The spot brings to life a man’s mental flight of fancy as he muses on what might happen if cats were to grow opposable thumbs.  The spot stars a number of polydactyl cats preparing themselves to try to get to the Cravendale milk they so love. The cats perform a range of human-like tasks with their evolved thumbs – they file their claws, knit, read books on military strategy and click their fingers, West Side Story-style.

The main challenge for this spot was not to use any CG and composite everything from live action plates.  Pre-production was essential as it allowed MPC to plan each shot as depicted in the storyboard and gave the cat trainer precious time to get the kittens’ acting skills up to scratch.  Artem built very detailed, matching paws for each of the cats featuring in the commercial, which were used for some of the close-up shots. These were carefully tracked and composited into the cat’s bodies. The real legs of the cats were removed [in post hopefully! -ed.] and then stills and numerous action plates of fur were used to marry them together. 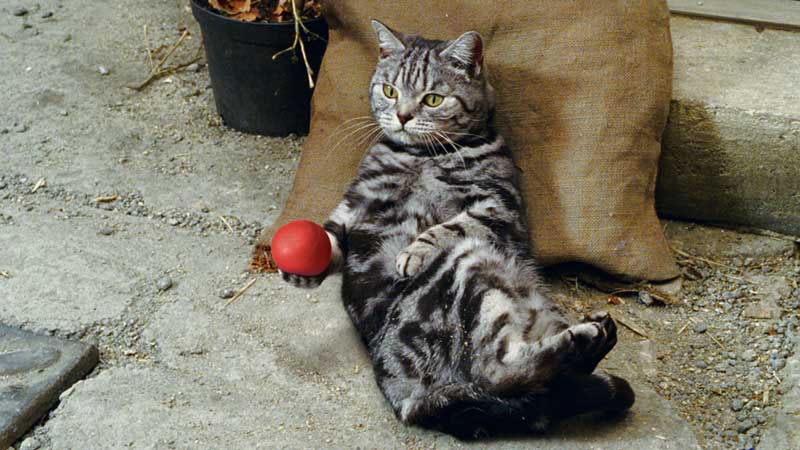 According to the MPC team led by Karmen Markov, the most challenging shot was probably the one where the cats are standing on their back legs and are walking into the house: “We built various versions of that shot, trying different approaches and using different plates in order to find the best takes to combine as well as the best solutions for compositing, as it was very important to keep the real movement and shape of a cat standing and walking.  To achieve this we kept away from any warping or morphing and were clever in our use of the shot plates.” 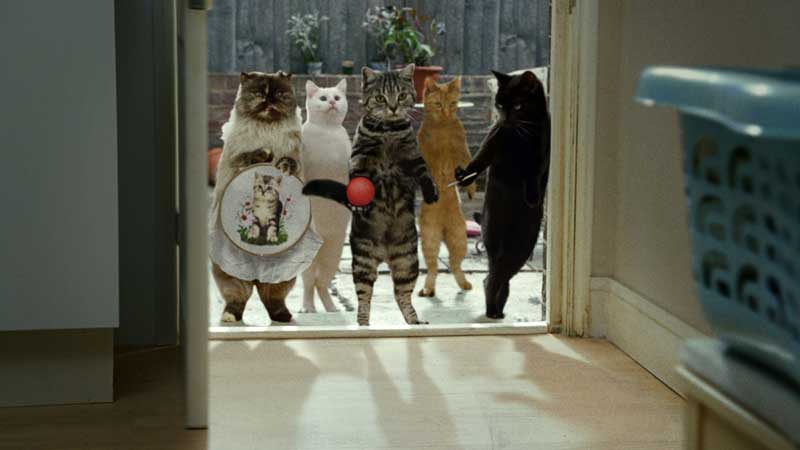 All the work was done in Flame and Flare with support from Nuke. Head replacements, eyes, matching different takes of the cats and combining them into one seamless performance, were some of the other tasks MPC had in order to tell the story of cats with thumbs, along with clean up and DMPs for set extensions. Finally, Jean Clement Soret did the colour grading for the spot.