Golden Square has carried out the VFX for David Beckham’s first advert for Sky Sports via agency Brothers and Sisters, an effects-heavy spot that involved creating multiple versions of the celebrity/footballer. 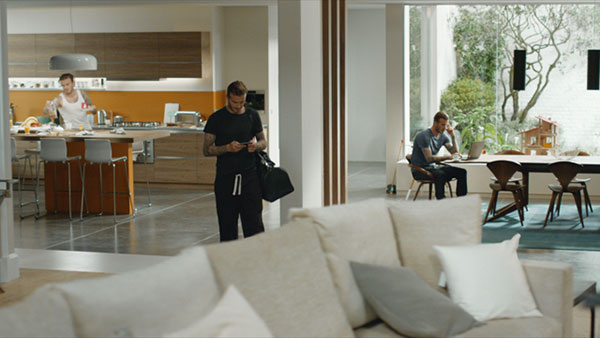 Launching him in his role as ‘Sky Sports ambassador’, the commercial follows the different Davids (smart, casual, sporty, family), moving through their day, from the kitchen to the lounge, to a pie and mash shop, to a talk show, to finally relaxing on the sofa at the end of a long day. Director Ivan Bird, of production company Rattling Stick, recommended the Soho VFX studio for the job, making it the third time they had worked together. 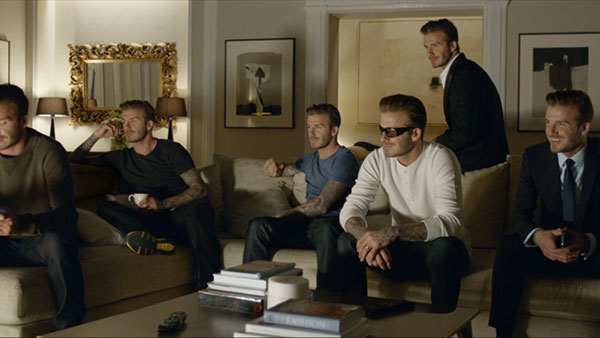 The shoot used motion control, so that Golden Square could create and change camera movements when required on set. “One of the biggest challenges was in the preparation,” explains Golden Square VFX Supervisor Rod Norman. “We only had David on set for a limited time, so everything was fully rehearsed using stand-ins and doubles. On set we shot multiple plates of Beckham using the same camera move, and then, in post, we used a combination of rotoscoping and keying to combine the plates, to give the impression that there were multiple versions of David in the same environment. Other post work involved changing the phones in his hand, and even recreating the reflections of David laptops and tablets using stills. The combined enthusiasm and professionalism of both Ivan and Brothers and Sisters in turning around such a huge project, in very little time, was really great to be a part of.”

See more work by Golden Square on Fired By Design