MachStudioPro, a non-linear, real-time rendering and VFX production solution from StudioGPU is about to enter its second version. 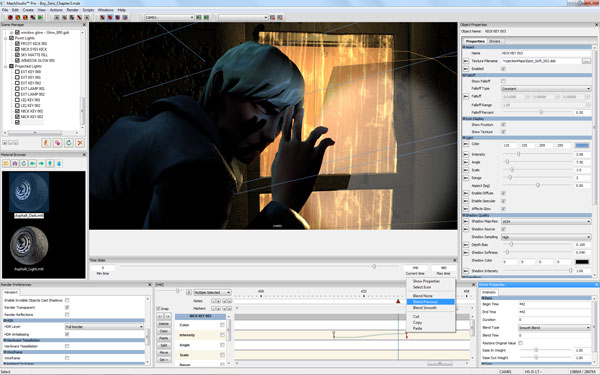 Working in conjunction with hardware such as the latest ATI FirePro 3D workstation graphics accelerators, the software streamlines the production workflow at many of the most notable production studios in the world, including Weta Workshop, Zoic Studios, and The Third Floor. Previewing at IBC in Amsterdam in September, MachStudio Pro 2 software offers new features that include native integration with Pixar RenderMan and the ability to create and use MetaSL-based custom procedural shaders and render out with mental ray.

StudioGPU is offering a limited discount on MachStudio Pro 2. If you pre-order by August 31st, the company will provide an immediate discount of 25% and will also ship you the current version of MachStudio Pro – as well as ship version 2 when it launches later this year. This offer is only valid on new commercial orders and does not apply to educational or student pricing and cannot be combined with any other discounts.The offer can be used for MachStudio Pro software only as well as with MachStudio Pro bundled with the ATI FirePro V8800 3D workstation graphics accelerator card and includes the same full year of technical support and all upgrades. Contact StudioGPU Sales for more details

Read a review of the current version on Fired By Design