BBC ONE HD to launch in Autumn 2010-updated

The BBC has announced it will be launching a simulcast of BBC One in high definition (HD) this Autumn in the UK. 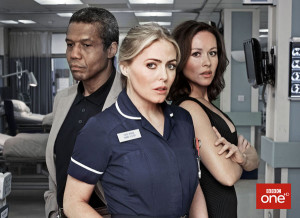 BBC One HD, which will simulcast a network version of the BBC One schedule for the first time, will see some of the BBC’s most popular programmes including EastEnders, Holby City, The One Show, The Apprentice, The Weakest Link and QI move to HD by the end of the year.

They will be broadcast alongside Autumn schedule highlights including Strictly Come Dancing, Human Planet and Waterloo Road. Plans are also underway for HD moves for Songs of Praise and Casualty, as well as Match of the Day, Question of Sport, and Blue Peter.

BBC One in HD will be made available to all digital television platforms offering HD channels – Freesat, Freeview, Sky and Virgin Media.

BBC Studios and Post Production (BBC S&PP), the BBC’s commercial facilities arm, will be handling the switchover to HD of the award winning BBC One drama EastEnders.

BBC S&PP is introducing new HD and tapeless workflows and working with Dega Broadcast Systems to carry out a major technology refresh of the galleries and studio areas at its Elstree studios to support the move.

Sony HSC-300s studio system cameras were selected because they met the production’s key requirements. They are digital triax based, so can be used to shoot both on the lot and in the studio without having the additional expense of upgrading the existing infrastructure to fibre. The location camcorders are being upgraded to Sony’s tapeless PDW-700 XDCAM HD422 camcorders. Both the systems camera and the camcorders are fitted with common CCD sensors, vital to minimising the time it takes to grade and finish programmes.

BBC S&PP (formerly BBC Resources) has been the preferred partner for EastEnders production since its inception in 1985, providing the studios, crew, technical equipment and all the post production facilities and staff. During the 25 years it has worked with EastEnders, BBC S&PP has helped the programme move to widescreen and stereo sound. In February BBC S&PP staffed and engineered the delivery of the award winning live episode, to mark the 25th anniversary of the show. BBC S&PP also supports the online spin-off drama series E20, which sees life in Albert Square through the eyes of four teenagers.

The new HD tapeless technology is due to be in place in the summer. EastEnders is expected to start shooting in HD in the autumn and to broadcast on BBC One HD towards the end of the year.

BBC One HD will be in addition to the existing BBC HD channel, which will showcase the best of the rest of the BBC in HD.  It is also announced today that the BBC HD Channel itself will extend its regular broadcast hours over the coming months from around nine hours a day to 12.

Under the public purposes set out in the Charter, the BBC is charged with ‘delivering to the public the benefit of emerging communications technologies and services’.  With today’s announcement, the BBC continues its transition to deliver all its programmes in HD, with BBC One leading the way.

According to Jana Bennett, Director BBC Vision, BBC HD has established itself as the most popular HD service. “These changes are important next steps in improving that service still further, providing an opportunity to showcase the wide variety of BBC programmes in the highest possible quality” she continued. “We recognise that audiences have already been enjoying many of their favourite programmes in HD, and I’m delighted that we can now broaden their choice.” 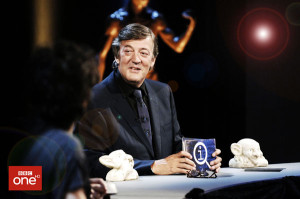 “HD is the future of television,” stated Danielle Nagler, Head of BBC HD. “People who have HD have clearly told us that they want more of their licence fee-funded content in HD.  I’m delighted that the HD simulcast of BBC One will become available on satellite, on cable, and now also on Freeview’s new HD service. This is a key moment for us on the journey to HD becoming the norm for all our programmes and channels.”

“Audiences have already been enjoying many BBC One programmes in HD on our existing HD channel and the arrival of BBC One simulcast in HD will make it easier for them to find the programmes they love in high definition.  BBC HD – the most popular HD channel in the UK – will continue to show programmes from across all BBC channels.”

The Autumn launch is the first stage in delivering BBC One in HD.  The majority of programmes in the BBC One network evening schedule will be available in HD at launch, and by 2012 it is expected that the vast majority of all BBC One titles across all hours will be in HD. The BBC’s existing HD Channel will continue to remain home to programmes from across all BBC channels, including Top Gear, the Proms, Later… with Jools Holland, The Culture Show, Dragons’ Den, Being Human, Mad Men, sporting programmes including Wimbledon, as well as CBeebies’ favourites In the Night Garden and ZingZillas. 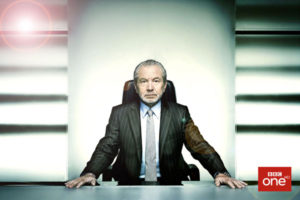