The Foundry has announced the release of its VFX compositing applications, Nuke and NukeX 6.0 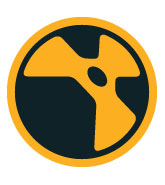 Nuke 6.0 incorporates a completely new shape rotoscope and paint toolset based on a rewritten core curve library and new RotoPaint node. This release introduces a flexible, non-destructive, layer based paint hierarchy integrated with Nuke’s animation and tracking capabilities and supporting per-object attributes such as blending modes and motion blur. The Foundry’s Keylight keyer is now a standard feature included with Nuke 6.0. 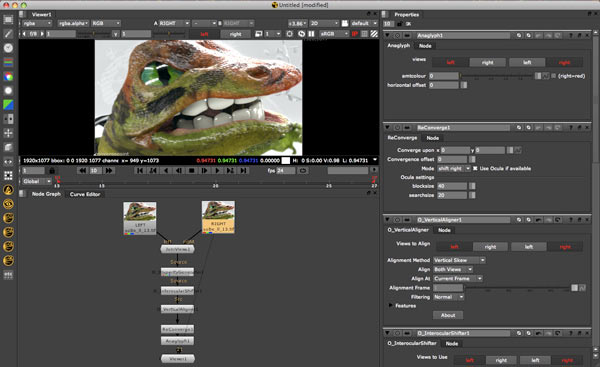 NukeX 6.0 extends the range of tools usually found in the compositing environment adding an integrated 3D camera tracker, automated and manual lens distortion tools, FurnaceCore – The Foundry’s re-engineered set of Furnace plug-ins – and a DepthGenerator plug-in. NukeX is incorporated in the Nuke download. The additional features are activated with a NukeX license key.

Nuke and NukeX are fully script compatible, with Nuke capable of viewing and rendering nodes created using the extended NukeX toolset. According to The Foundry, its research team developed Nuke to meet creative and workflow needs, using artist feedback and analysing production problems, feeding in their innovations to evolve the software.

“I am extremely pleased to put Nuke 6.0 and NukeX 6.0 into the hands of visual effects artists and production companies worldwide,” said Richard Shackleton, Head of Product Development at The Foundry. “Having watched our customers continue to push the boundaries of what has traditionally been possible inside compositing tools, we are continuously impressed by their creativity and clever use of our tools to deliver ground breaking visual effects shots.”

“This major release of Nuke and launch of NukeX brings significant new capabilities and efficiencies within the core compositing environment allowing this trend to continue,” he added. “We greatly look forward to seeing how the new features are put to use by our customers to deliver the next generation of film and television production.”

Key new capabilities in NukeX 6.0 include:

FurnaceCore contains the core plug-ins from The Foundry’s Furnace tool set. The set has undergone many enhancements, including improved parameter layouts and documentation.

·          MotionBlur, add realistic blur based on the motion in the scene

·          DeNoise, removes or reduces all kinds of noise from your footage

·          ReGrain, add grain to your clean plates or graphics from stock or sample your own

·          DeFlicker2, removes in-scene flicker from light sources of all kinds

·          Steadiness, smooth a shots camera move, or lock off a shot completely

·          VectorGenerator, generates motion vectors for use in other nodes

·          Takes output from the CameraTracker, together with the tracked image sequence, and uses them to create a more accurate depth maps than previously possible inside Nuke

·          Can be used to create a partial 3D model of a static scene, using some of Nuke’s existing 3D tools. This can be used to reproduce slight parallax differences not visible to the original camera, allowing you to stabilise camera wobbles and  create stereo views of sets from a single, live action stream