150 Media Stream, a seamless integration of art, architecture and technology 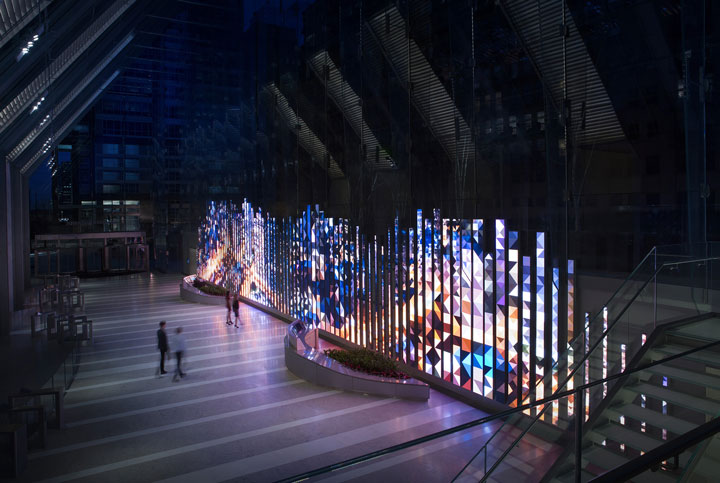 The 150 Media Stream ‘living sculpture’ created by Leviathan, McCann Systems and Digital Kitchen is a beautiful and impressive canvas for digital artists, as well as Chicago’s largest video wall.

Curated by Riverside’s Creative Director Yuge Zhou,150 Media Stream is composed of 89 individual vertical LED displays of various heights and widths, as well as integration of negative space between each blade. The display system was designed by McCann Systems in cooperation with Digital Kitchen, while Leviathan was commissioned to produce the content management system and contribute video content.

“150 Media Stream features artistry from all around the globe” said Zhou. “Importantly, we are also delivering this artistry through very inventive uses of technology, and our visitors are finding the results to be mesmerising and spectacular. The effect is an environmentally responsive kaleidoscope set within the gorgeous lobby of 150 North Riverside.” 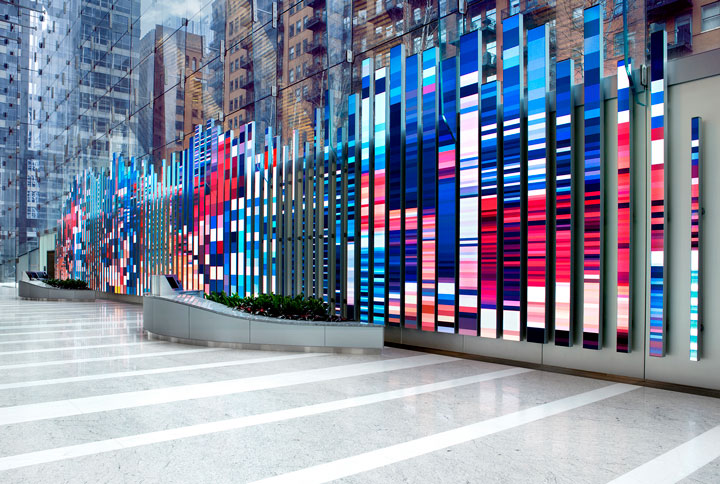 The physical aspects of the installation were conceived and rendered relatively early into the process by McCann Systems and Digital Kitchen.

For Leviathan executive creative director Jason White and his colleagues, the initial focus was on the installation as a three-dimensional sculpture set within a very unique environment. According to White’s description, all video aspects of the installation were specifically conceived to complement spatial and environmental concerns.

“The video elements were designed as integrated components of a sculpture that addressed everything from the shapes of the video blades to the physical surroundings of the entire installation,” White revealed. 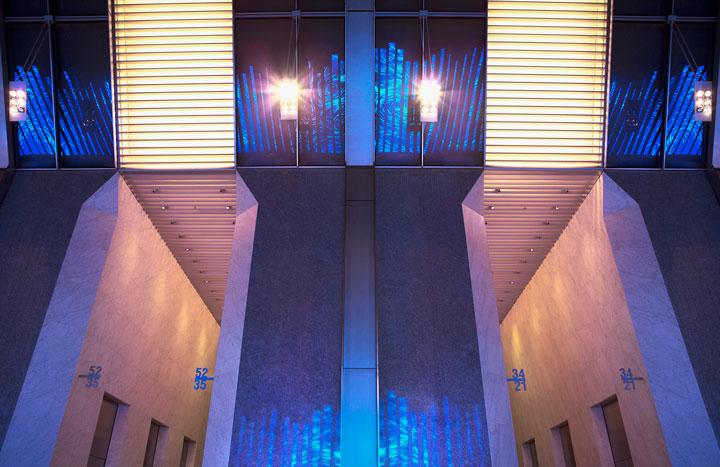 150 Media Stream’s kaleidoscopic effects stem directly from Riverside’s initial vision of it as a revolving video art gallery. “Another of the initial requests was to have enough content to fill an entire week without ever seeing the same piece twice,” explained Leviathan’s president Chad Hutson. “To address these objectives, we knew that a generative visual approach was going to be key.”

In the hands of White, creative director Brandon Webb, and a team of specialised producers, engineers, designers, developers and artists, the deliverables evolved into an intelligent content library that will continue to transform over time – using generative algorithms to heighten originality and relevance, the feed is programmed to address seasonal, monthly, weekly, daily and even real-time considerations.

“Overall, our content strategy was to be both visually enticing and conceptually interesting throughout every moment of the day – grouping and sequencing pieces so as to create a coherent new story every day,” White said. “Coordinated with both active and passive timings, the content plays off of activity and dynamism in the lobby on a typical workday. We thought ahead about how our living sculpture will affect tenants’ and visitors’ moods from morning to night, day to day, week to week, month to month, and throughout years to come.” 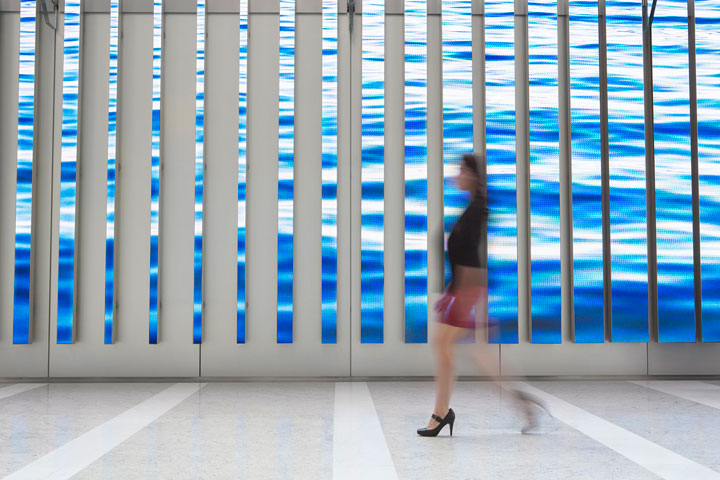 Since even the design of 150 Media Stream is unprecedented, McCann Systems’ job in bringing it to life involved weeks and weeks of research and feasibility studies. “To address the many cutting-edge aspects of this project, we had to work closely with several manufacturers to design and the fabricate most of the physical components of the display, including everything from the printed circuit boards to the custom display cabinets,” said Frank McCann, president and CEO of McCann Systems.

While the installation’s engineering and fabrication played out, Leviathan was still obliged to continue development of dynamic content. Responding to these challenges, Leviathan’s Webb and his teammates devised a solution using Epic Games’ Unreal Engine 4.

“To allow our clients to walk through the lobby space, visualise the scale of the installation and preview our media design from any point of view before we began coding, we built out the entire lobby in 3D as a VR experience using Unreal Engine. Details included having the marble and glass rendered in real-time with reflections, lighting and depth of field.”

As this proved so helpful in honing in on the best content for the space, Webb said the process will probably be repeated for future projects. 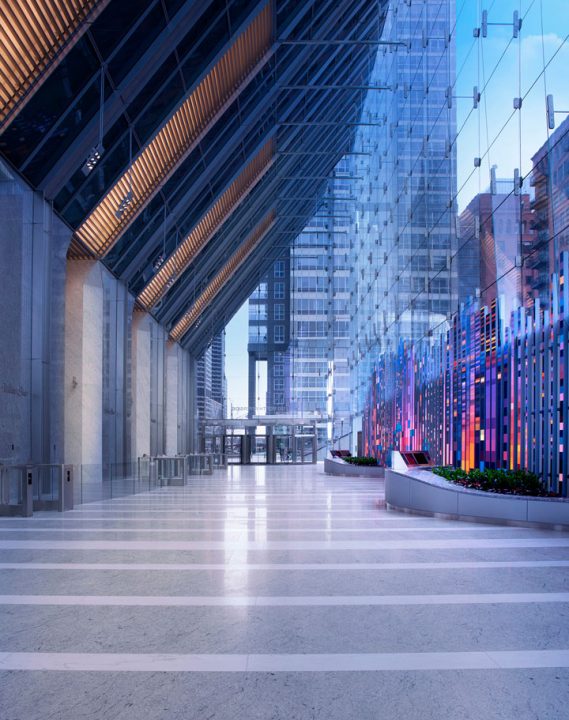 Ultimately, the hardest working facet of Leviathan’s solution appears in the content delivery system, which comprised of five synchronised workstations. Its simplistic form belies its ultra-sophisticated complexity. Whereas Leviathan’s artworks often begin with traditional production methodologies, for 150 Media Stream, all content is digitised into code. “From there, the massive scale and resolution of this display requires that all the art and media assets be rendered and produced at extreme resolutions,” Webb explained. “To render at 150 Media Stream’s resolution, we had to distribute the load across four synced machines with a fifth machine serving as a backup. If any one machine goes down, the fifth one jumps in and resumes the rendering to prevent any downtime.”

“We are proud Chicagoans, and our love of Chicago’s art community and this city shines through in this work,” said White. “We strongly believe in Chicago’s contemporary vision and are thrilled to be here during this vibrant era.”