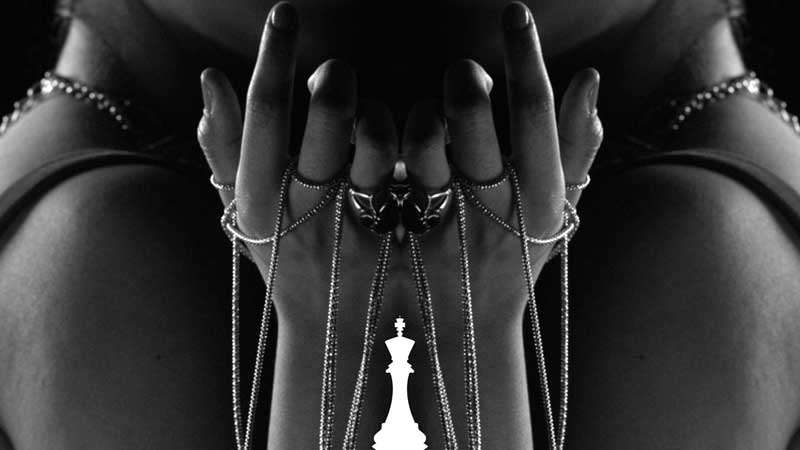 The show’s main title theme by 50 Cent, Big Rich Town, accompanies the lush, black-and-white visuals of the main titles, which use a split-screen mirror effect to hint at the story’s duality. 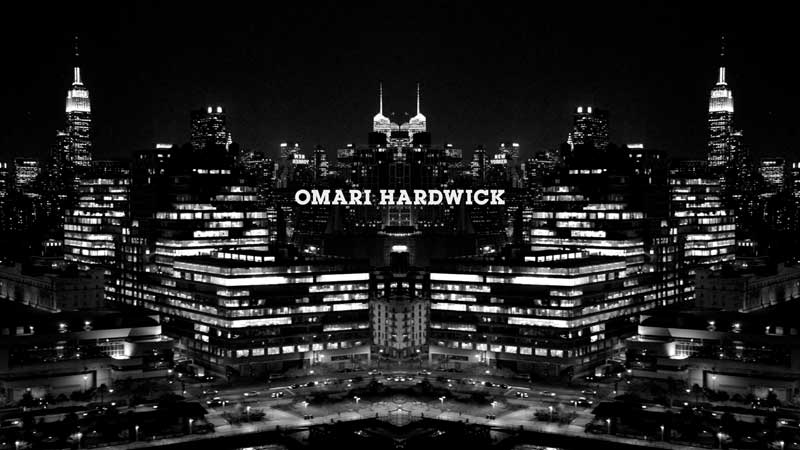 Created by Courtney Kemp Agboh and executive produced by Jackson, Power is a visionary crime drama set in two different worlds – the glamorous New York club scene and the brutal drug trade.  Produced in association with CBS Television Studios, Mark Canton, Randall Emmett and David Knoller serve as fellow executive producers for the series, and post production was under the supervision of co-producer Cindy Kerber.

“There were certain boundaries we had to work within, but we were essentially given free rein to convey the themes of power and the dangers that surround it using symbols, icons with hidden meanings and metaphors,” said Leviathan’s executive creative director Jason White.  “We began by getting into the scripts and coming up with several varied treatments to tell the story in contrasting ways before finalising one idea. Concepts of luxury and danger were visualised through imagery of money, seductive women, cocaine, guns, and expensive trappings of the lust for more power.” 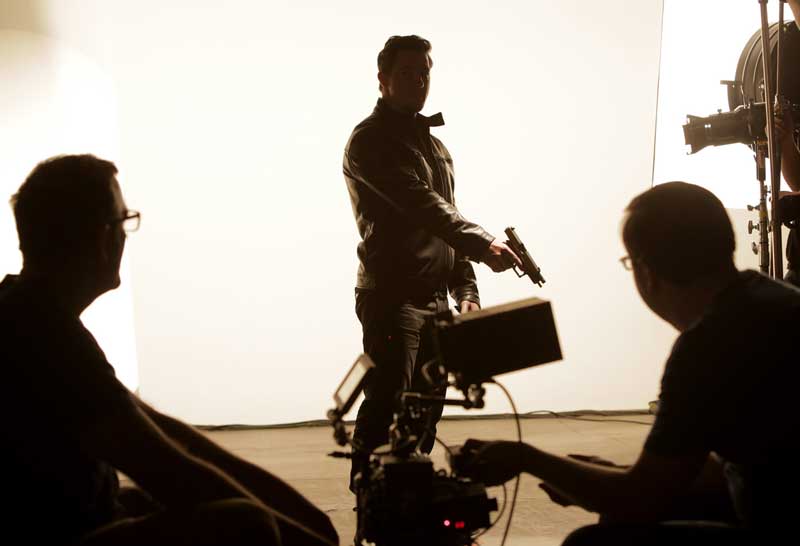 Under the direction of Daly and Fuller, Leviathan’s team spent two days shooting on stage at Chicago’s Essanay Studio and Lighting, using the Red Epic to capture principal footage at rates as high as 240 fps and resolutions up to 4K. 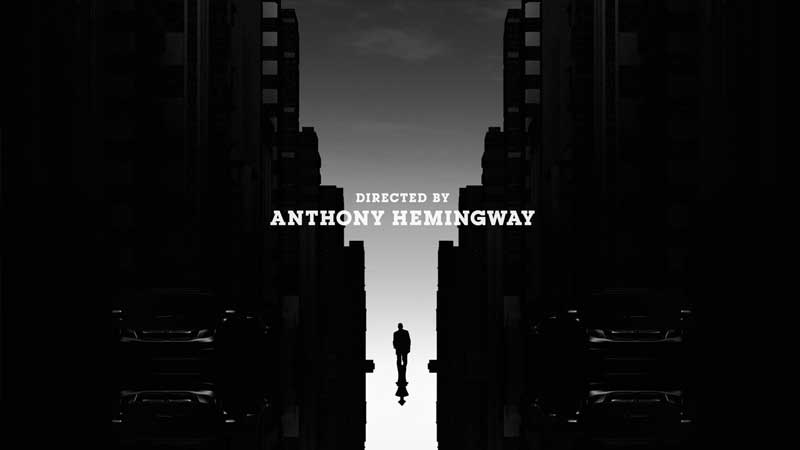 Tabletop turntable objects were captured on day one, and talent on day two. To preview their desired mirror-effect on set, the crew rigged an actual mirror that split the video playback.  An elaborate rig was also constructed to produce the sequence’s iconic shot of cocaine. 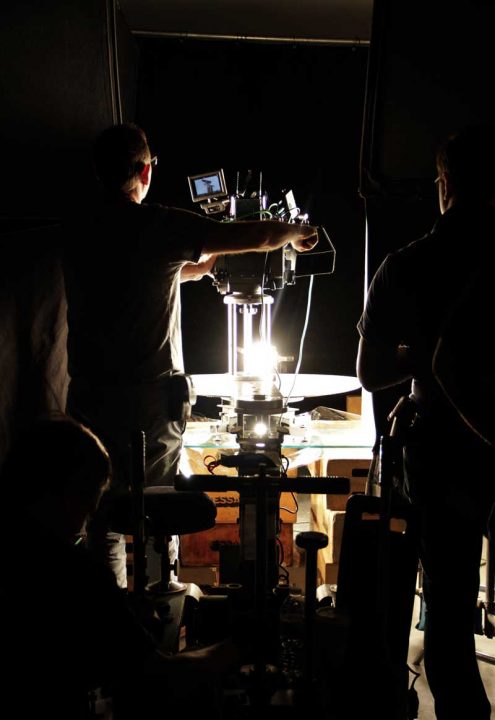 “We shot objects and people to represent the show’s main themes, and used the mirror-effect to reflect them in the frame,” explained Leviathan’s creative director Bradon Webb. “In the editorial process, our editor Mike LaHood creatively matched objects in frame to create relationships between different worlds.  At times we chose to break the mirroring within the frame and play with perceptions, where reflected objects weren’t exactly the same.”

According to Webb, there were only a few FX shots, such as the exploding skull where a plate for the glass skull was shot in-camera.  “In post we added shattering glass and particle matter that was simulated using 3D software,” he explained. 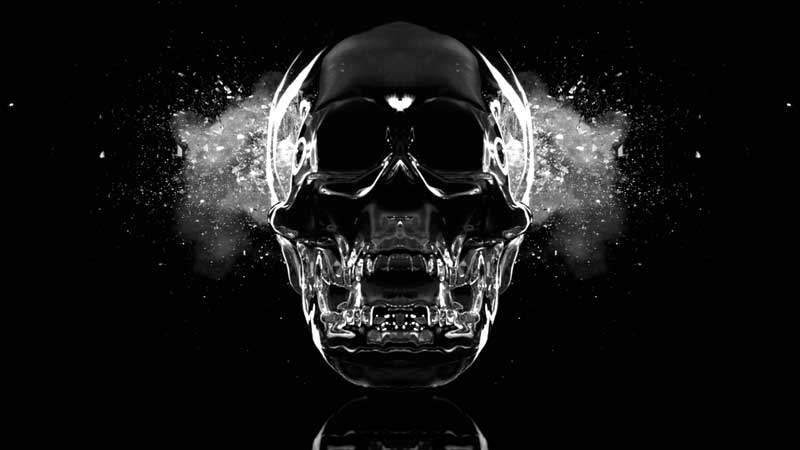 Webb’s team used DaVinci Resolve to perfect the sequence’s final look.  “Individual colour channels were adjusted, allowing for a greater range of control through the highlights, mid-tones and shadows,” he continued.  “Our reference was to look at traditional black-and-white photography and create a full spectrum of tonal values. We went for a stylistic look that we hoped would set this apart from anything that’s ever been done in the past.”

“As a conceptual design company, we take a lot of pride in this collaboration with the talents behind this series,” said Chad Hutson, Leviathan’s executive producer. “With their support, we honed-in on the right concept and creative direction, then carried it all through to shoot and post-production, even ‘colouring’ the final master in-house. Working with a project like this is a dream-come-true for each of us.” 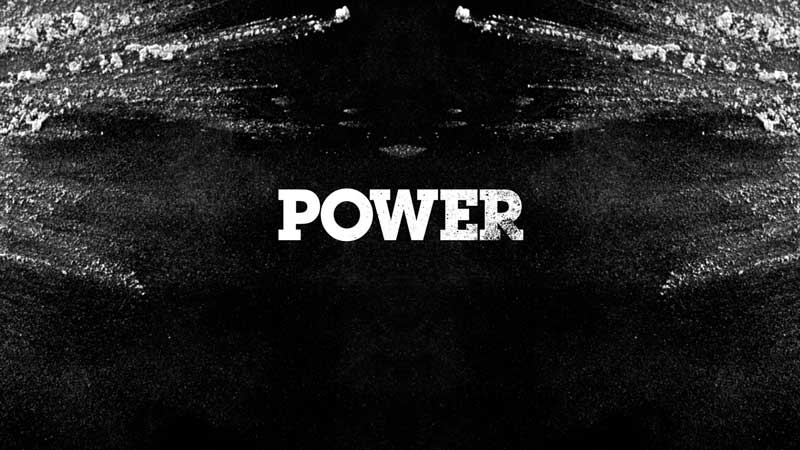 A version of this story appeared previously on Digital Arts