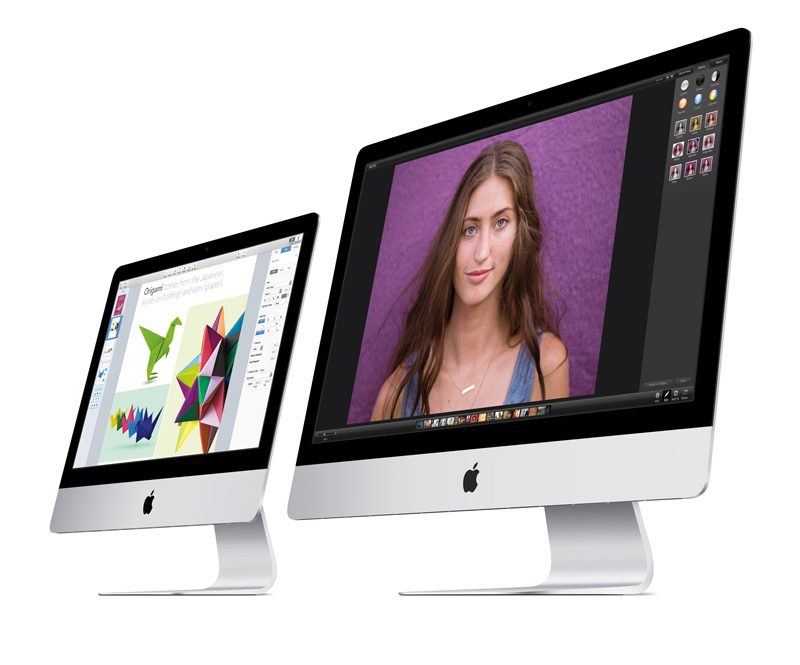 If you’re a digital creative who doesn’t like to take a punt on Version 1 of a new product, you’ll be thrilled to know that Apple has brought out a new version of its iMac with Retina 5K Display – and it’s cheaper.

The new £1,599 configuration of the 27-inch Retina iMac features a 14.7 million pixel display, and offers a 5120 x 2880 resolution, quad-core processors and AMD graphics. Apple has also lowered the price of the top-end iMac with Retina 5K display to £1,849. 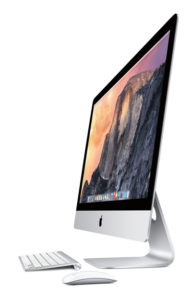 When the iMac 5K appeared last year I was certainly drawn by the beautiful eye-popping  screen, but the eye-watering price, and concerns about some of the other specs, put off that big an investment.

This new model might make me look again. The new iMac features a 3.3 GHz Intel Core i5 processor with Turbo Boost speeds up to 3.7 GHz and AMD Radeon R9 M290 graphics. The new iMac also includes 8GB of memory and 1TB of storage, as well as four USB 3.0 ports and two Thunderbolt 2 ports that deliver up to 20Gbps each, twice the bandwidth of the previous generation.

The top-end iMac with Retina 5K display now starts at £1,849 and features a 3.5 GHz quad-core Intel Core i5 processor with Turbo Boost speeds up to 3.9 GHz, AMD Radeon R9 M290X graphics and a 1TB Fusion Drive.

The new Force Touch trackpad on the 15-inch MacBook Pro with Retina Display offers built-in force sensors and a ‘Taptic Engine’ that delivers haptic feedback and allows you to click anywhere with a uniform feel.

Users can customise the amount of pressure needed to register each click, while the new trackpad supports a range of new gestures, including the new ‘Force click’.

APIs are available for third-party developers to incorporate Force Touch capabilities into their apps – which should yield some interesting results.

The updated 15-inch MacBook Pro with Retina display also features up to 2.5 times faster flash storage than the previous generation, with throughput up to 2GBps, and offers an additional hour of battery life, with up to 9 hours of wireless web browsing and up to 9 hours of iTunes movie playback, according to Apple.