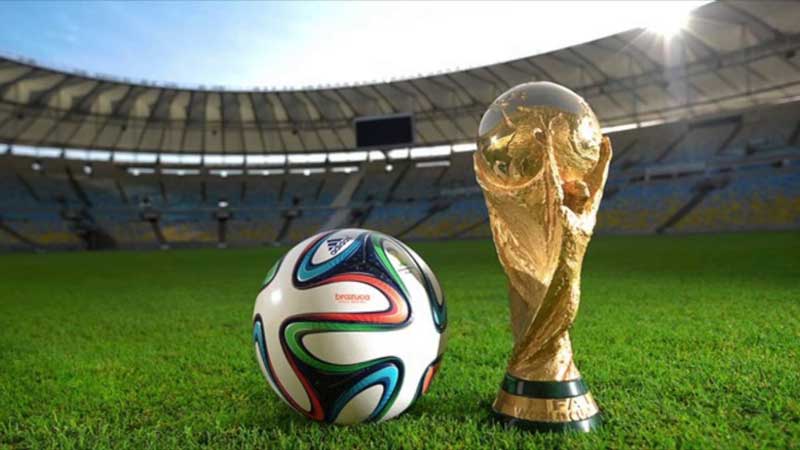 Sony and Vue Entertainment have announced that two of the 2014 FIFA World Cup matches will be streamed live to a UK cinema in 4K.

In a world first, the World Cup quarter final match and the final, on 4th and 13th July respectively, will be filmed in 4K and streamed live via satellite from the Estadio Jornalista Mario Filho (Maracana) stadium direct to Vue’s multiplex cinema at Westfield, London.  Both screenings will be in 4K at High Frame Rate (60fps), using the HEVC format. In total three 2014 World Cup matches will be captured in 4K. 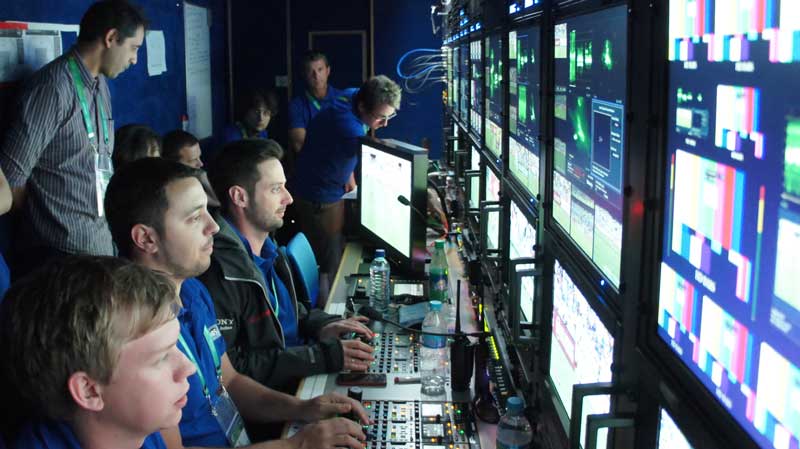 Sony has partnered with IDC, Eutelsat and DSAT Cinema to deliver the live 4K screenings, with the companies working together to provide the satellite feed, signal decoding and 4K projection. DSAT Cinema will support with the commissioning and integration of the equipment, including network and receiver configuration.

IDC will be providing the 4K UHD HEVC video decoder and professional satellite receiver that will be installed in the cinema, receiving the 4K satellite feed and delivering the video and audio signal to the Sony theatre projector and audio system respectively. Eutelsat will receive the signal from Brazil at its teleport near Paris, re-encode it in Ultra HD HEVC at 60 fps and retransmit it to the EUTELSAT 5 West A satellite for direct distribution to the cinema. 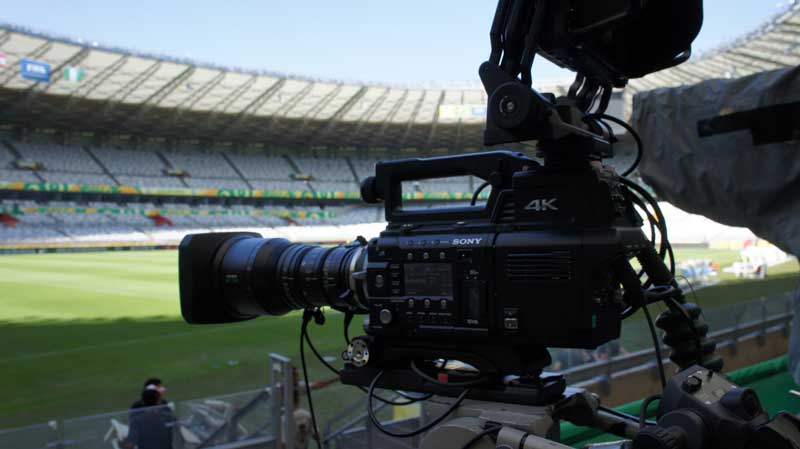 “These live 4K screenings mean we’re able to bring an entirely new viewing experience to the world of football,” said David Bush, Head of Marketing and Business Development, Sony Professional Solutions Europe. “Sony is excited to be working with FIFA to capture three 2014 FIFA World Cup matches in 4K, making this one of the most significant milestones in sports production in recent years. Sony is providing all 4K cameras and other production technology for the FIFA World Cup broadcast production and is also responsible for the provision of all HD venue facilities in each of the 12 venues across Brazil, including systems integration, equipment and staff.” 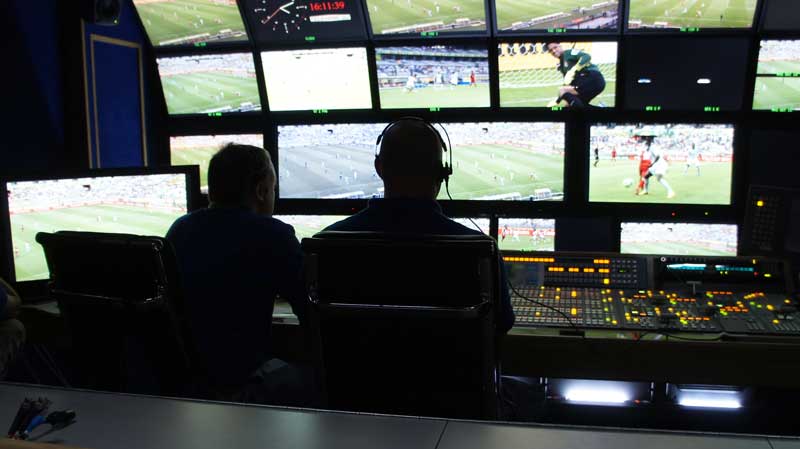 Bush added that the events build on Sony’s experience in 4K live production for other application areas: “Earlier this year we collaborated with several technical partners to deliver the world’s first live 4K stream from a theatre into a cinema, working with the National Theatre to show War Horse live in ultra high definition at the Curzon cinema in Chelsea, London.”

Steve Knibbs, COO of Vue Entertainment said: “At Vue we strive to embrace technological innovation in order to deliver the greatest possible experience for our customers. Having installed Sony’s 4K projectors across our UK cinemas, we’re absolutely thrilled that we’re able to underpin the next chapter in live sports entertainment by playing host to ultra high definition screenings of the greatest sporting competition in the world.”

FIFA TV is also producing the Official 2014 FIFA World Cup Film in 4K, which will include match footage from each of the three games captured in 4K, and is due to be distributed online by FIFA via 4K content distribution services after the 2014 FIFA World Cup. For fans not able to enjoy the screenings in the cinema, Sony is showing 2014 World Cup highlights in 4K on the BRAVIA X95 and X9 in selected stores across Europe.