Park Road Post has revealed the impact of SGO’s Mistika on the innovative workflow which helped enable The Hobbit – An Unexpected Journey to become the first large scale wide release feature film to be exhibited in 48 frames per second.  SGO has also publicly acknowledged the part the film and the New Zealand post facility played in developing the high frame rate (HFR) stereoscopic capabilities of its postproduction platform. 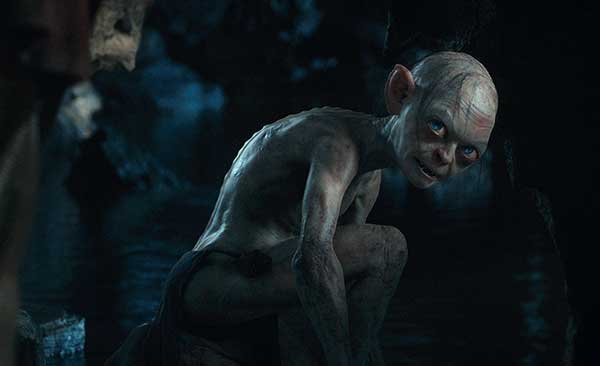 According to Park Road Post General Manager Cameron Harland, it took two and a half years of research, development, testing and refinement to create the unique workflow. “From on-set services, grading and exhibiting HFR digital dailies through to the DI online, stereoscopic work and final colour grading, it was a massive undertaking.”

Utilising SGO’s Mistika platform as the hub of its large DI infrastructure, Park Road, in partnership with SGO, co-developed tools across the entire pipeline. SGO worked in parallel with the Park Road team in Wellington from pre-production through to final delivery of the film developing the tools and inbuilt-HFR feature-set needed to meet the extremely high demands of the complicated production.

“When the decision was made to film and post The Hobbit in 48fps 3D, there wasn’t any one product on the market capable of delivering what was needed,” explained Dave Hollingsworth, Park Road’s Head of Picture and Supervising Digital Colourist for The Hobbit. “SGO had by far the best stereo toolset available and equally importantly, they had a passionate and highly skilled development team that demonstrated an absolute commitment to developing everything else we needed to deliver this film.”

Head of Technology Phil Oatley said Park Road wanted to create a complete pipeline, based on one platform, from dailies work and dailies screenings right through to final online, stereo and colour grading. “The Mistika provided a platform that was flexible and robust,” he added. “It gave us even greater speed than what is normally required for your average 2D 24fps project and was so good that the filmmakers never noticed that we were dealing with four times the data of a normal feature.”

Dave Hollingsworth added, “What I am most proud of is that, whilst this was potentially the most complex post ever carried out on a feature film, the technology never got in the way of what the filmmaker wanted.” Hollingsworth and Executive Vice-President of Feature Post Production at Warner Bros., Marc Solomon, both paid tribute to SGO’s contribution to the postproduction of The Hobbit. Said Hollingsworth, “It is safe to say that we could not have done it without SGO.”

“SGO has shown that it is a cutting edge, forward thinking company with expansive digital tools and experienced professionals,” added Solomon. “Their contribution to the post of The Hobbit helped us to provide a spectacular looking film.”

SGO in its turn praised Park Road: “Our close relationship with Park Road, at all levels, has been instrumental in making HFR Stereo 3D a reality,” said Director of Global Sales and Operations, Geoff Mills. “It has demonstrated that above all, it is the people who unlock dreams through passionate determination and ground-breaking development.”

CEO of SGO Miguel Angel Doncel expressed gratitude to Park Road for its inspirational support and extensive feedback. “This helped us to continue to develop Mistika to have even more innovative and cutting-edge features that are required to make extraordinary projects such as “The Hobbit” trilogy. The results are breath-taking and have made momentous movie history. We look forward to continuing the great relationship we have built with their incredible team for many more years to come.”