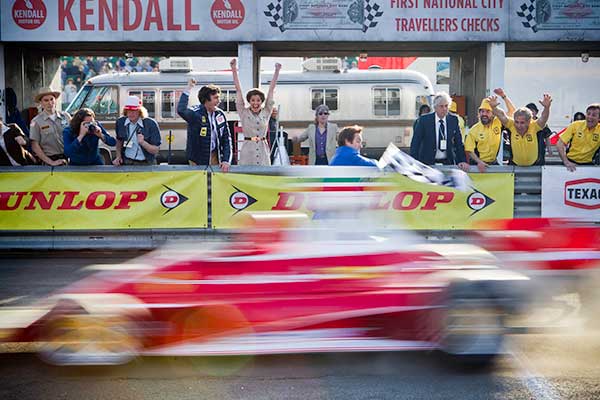 UK Screen Association, the screen industry trade organisation, which led responses to the Government’s consultation on supporting VFX earlier this year, said it welcomed the Chancellor’s announcements:”The UK has an excellent reputation for film-making and the industry is rightly recognised by Government as an important source of growth and job creation,” said Sarah Mackey, CEO of UK Screen Association. “We welcome the Chancellor’s ongoing support and the changes announced today which will enable more film productions to access the infrastructure and talent in the UK – driving further investment, skills development and job creation in the industry.”

UK Screen, with partners across the industry, including the British Film Commission, had commissioned work by Saffrey Champness to help develop a series of recommendations to government. It said the improvements to the film tax credit revealed in the statement build on a cohesive package of support for the creative industries. This includes the new tax reliefs for high-end television, animation and games, funding for research and development for digital content production (via the Technology Strategy Board) and the increased funding for investment in skills announced in the Spring 2013 Budget.

According to UK Screen, the proposed changes will:

“The UK is home to world-class film-making talent and expertise which help drive the industry forward, as demonstrated recently by the UK-produced and critically-acclaimed Gravity,” said Adrian Wootton, CEO British Film Commission and Film London. “However, in order to continue to attract business to the UK in a fiercely competitive global marketplace, our industry must be underpinned by effective fiscal incentives. The tax relief was a game changer when introduced in 2007 and this announcement ensures we can continue to grow our industry, boosting the UK economy and creating British jobs; it will also encourage the production of more culturally British projects. The BFC looks forward to continuing our work with UK Screen to promoting the UK’s VFX industry which is a vital element of our global reputation as a leading production centre.”

Alex Hope, Double Negative MD and UK Screen Board Member, was delighted with the adjustment to film tax relief announced in the statement. “Digital technologies, and in particular, visual effects, have transformed the filmmaking process in recent years, with VFX often now accounting for between 10 and 50% of a film’s overall budget,” he said. “In the last 15 years the UK’s VFX businesses have made significant investment in infrastructure, skills and training and the UK has established itself as a multi-award winning, global centre of excellence for VFX. This commitment has attracted new production business to our shores and benefited the UK Film Industry as a whole. Until today’s announcement, however, the structure of the tax relief, whilst attracting production activity to the UK, has resulted in some films shooting in the UK but taking VFX work overseas. Today’s measures target productions that would not otherwise qualify for tax relief and incentivise them to bring VFX or production business to the UK, representing a significant growth opportunity for the UK film industry.”

The tax changes announced will be introduced from April 2014, subject to state aid approval, and legislated at Finance Bill 2014.

There was also good news for the National Film & Television School (NFTS), which was allocated £5m to upgrade and expand its facilities.

Dinah Caine CBE, CEO of Creative Skillset, said the changes to the tax reliefs would help ensure future industry growth and support its work in developing skills and talent. “As the second largest investor in the NFTS, we were delighted to see that £5m has been ear-marked to upgrade and expand its facilities,” said Caine. “Creative Skillset is looking to invest £2.18m to support NFTS’ upgrade and has already awarded £598,388 development funding from its Capital Investment Fund.  The school is invited to apply for a second stage application once its plans are finalised, which would secure a further £1.58m towards its film school infrastructure.”

See more work by Double Negative on Fired By Design