U.S. creative production company Shilo has announced the addition of Nando Costa to its staff in the position of creative director and director. 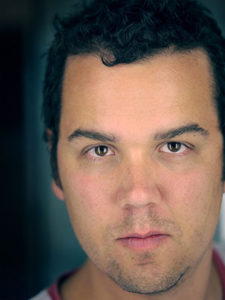 Originally from Rio de Janeiro, but currently living in Portland, Oregon, Nando is a globally acclaimed live-action director, creative director and graphic artist. He joins Shilo from consulting as creative director at digital creative agency Instrument, following posts with with Superfad, Modernista! and Digital Kitchen where he held the same position.

“What I love about Nando and his work is that it has a really strong voice and artistry to it,” said Jose Gomez, Shilo’s owner and director. “You don’t see that enough in commercial filmmaking, but in his work you get a sense that you really are watching a moving piece of art.That’s why he’s a perfect fit for Shilo,”

Gomez continued: “He shares our passion for creating work with a high level of artistry and meaning. Also, having him in our lineup strengthens our mission of bringing memorable and compelling work to our clients.”

The curator behind the phenomenal design books “Brasil Inspired” and “Disorder in Progress” from Die-Gestalten Verlag, Nando Costa has spoken at over two dozen design-related events and conferences in the U.S., Europe, Asia and South America, and his original artworks have appeared in scores of high-profile exhibitions worldwide. Over the years, he has also created indelible main titles and presentation graphics for many prestigious international design conferences.

“I have been a friend and fan of Shilo from the early days of its inception in 2001,”  said Costa. “I saw it grow and evolve, creating beautiful stories and always enhancing its output quality. It was important for me to have a strong alliance with a studio in the West Coast that was highly respected not only for its CG quality, but certainly for its creative. Another important aspect was the fact that they really valued heavy design infused projects, with strong graphic aesthetics, which is the type of work that really interests me.”

Nando Costa’s latest reel is available at www.shilo.tv and below