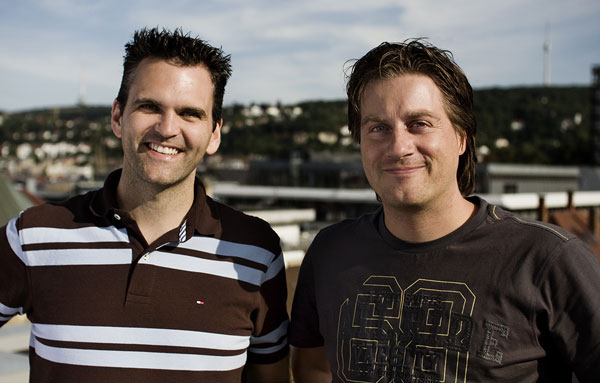 The studio, which operates as a sister company to Digital Domain, now represents the Stuttgart-based pair – Alexander Kiesl and Steffen Hacker – for commercial work in the United States. Alex & Steffen’s visual effects-driven creative work has won numerous awards and earned the pair a reputation for high-energy storytelling, rich filmic visuals, wit and humour.

“We’ve been following Alex & Steffen’s career trajectory for quite some time,” said Mothership President Ed Ulbrich. “They’ve done brilliant commercial work that’s VFX-heavy and just explodes off the screen. They also demonstrate a talent for drawing out engaging live-action performances from actors and for imbuing their work with entertaining storylines. They’re hugely talented and we’re excited to add them to our roster.”

Alex & Steffen met while studying at the prestigious Filmakademie Baden-Wurttemberg’s Institute of Animation and Visual Effects. For their final student project, they directed “Racing Beats,” a raucous, hysterical photo-real CG Xbox spec spot in which two sets of mad pilots play “chicken” as they race furiously around airport runways in huge commercial airliners. It earned the duo a CFP-E/Shots New Directors Award at Cannes in 2005 among numerous other awards.

The directing duo was promptly snapped up by Toronto’s Spy Films (which still represents them in Canada and other countries) and went on to direct and supervise visual effects on more than 30 spots for brands including WWF, Mazda, BOSCH, MTV, Honda and others under various representational banners. A hugely successful campaign Alex & Steffen directed and VFX-supervised for Snickers via BBDO Moscow featuring robot fantasy-animals earned several awards and even brought the term ‘snickersni’ into the Russian teenage populace’s lexicon. In addition to awards recognition from the Art Directors Club, Animago and others, Alex & Steffen were featured in the Saatchi & Saatchi New Directors Showcase at Cannes in 2006. They recently completed a series of nine character-based spots via Saatchi & Saatchi for Vestel. Alex also owns Unexpected, a Stuttgart-based post facility that handles the postproduction for all their spots, shorts and features, where Alex is 3D lead artist and Steffen is lead compositor.

”When we get treatments, we read them together, brainstorm together, develop them and work out VFX breakdowns – all together,” said Steffen. “It’s not one person doing this and the other doing that. We have the same visual language and approach and we’ve just always been on the same page. It’s surprising, but we almost never argue.”

“When we heard about what Mothership was doing – not just production, but creative too, we thought it was exactly the right way to go about it,” added Alex. “We like the model, and the reputation of Digital Domain and Mothership, which executes at the highest technical and creative level. With the transmedia and original content direction that Mothership is taking, there’s so much more potential for us to explore. It’s a cool place to be, especially if you’re post-heavy directors like us who love making movies, no matter how long. Mothership’s the best place in the States to be.”