The Edinburgh International Film Festival has just announced the winners of its 66th awards, including a graduation film which has claimed both the Best British Short Film and The McLaren Animation prizes 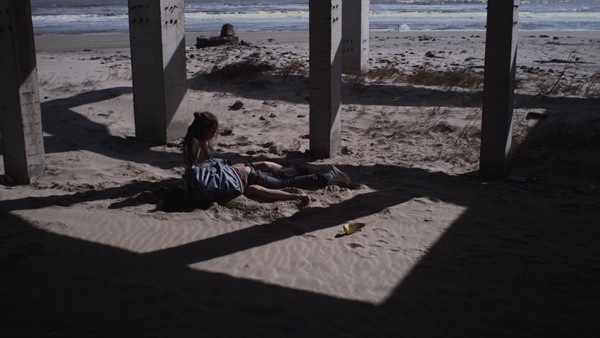 HERE, THEN by Mao Mao had its World Premiere at the EIFF and won Best Film in the International Feature Competition

At a prestigious ceremony held at Filmhouse, hosted by Grant Lauchlan of STV Moviejuice, the Award for Best Film in the International Feature Competition, supported by Innis & Gunn, was won by HERE, THEN, which received its World Premiere at EIFF. Director Mao Mao was present to pick up this coveted Award. The Jury gave a Special Mention to PAPIROSEN by Gastón Solnicki. This year’s International Feature Competition Jury comprised actor Elliott Gould, who presided over the Jury, independent producer Julietta Sichel and filmmaker Lav Diaz.

The Jury citation read: “The Jury acknowledges the festival and its Artistic Director, Chris Fujiwara, for an outstanding, challenging and brave selection of films that included both fiction and documentaries and enabled us to watch the best of the world’s new cinema. Every work we had the privilege to see brought something new and extraordinary to us and choosing the best was a difficult task. After the final deliberations the jury unanimously decided to give the main prize to HERE, THEN by Mao Mao that had its World Premiere here at the EIFF. The special mention goes to the documentary PAPIROSEN by Gastón Solnicki from Argentina. PAPIROSEN is a real paradigm for why cinema remains relevant. There is beauty, pain and urgency in this film. For humanity to survive, the world must not forget. This film tells us that the greatest struggle of man is the struggle for the truth.”

Director Penny Woolcock was awarded The Michael Powell Award for Best British Feature Film for her outstanding film ONE MILE AWAY which also received its World Premiere at the Festival. One of the most prestigious film awards in the UK, The Michael Powell Award was bestowed by a Jury headed by actor Jim Broadbent, who was joined by Japanese actress and producer Kiki Sugino and the founder and director of Tallinn Black Nights Film Festival, Tiina Lokk. 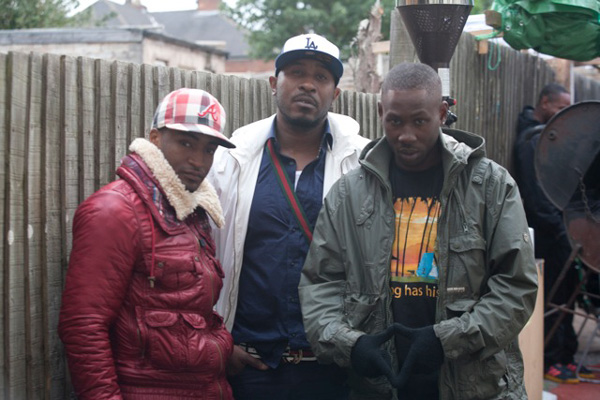 The Jury citation read: “ONE MILE AWAY by Penny Woolcock is a brave and honest film tackling a huge problem with sensitivity and skill, not only charting the efforts to reconcile a community but also showing the great wealth of creativity that is part of that struggle. We are delighted to be able to recognise such a singular achievement”

Penny Woolcock said: “ONE MILE AWAY is about transforming and saving lives. Winning the Michael Powell award is a tremendous boost for us to help get the film and its message out to where it needs to be in our inner cities.”

ANDREA RISEBOROUGH and BRÍD BRENNAN jointly won Awards for Best Performance in a British Feature Film for their performances in James Marsh’s SHADOW DANCER, which had its UK Premiere last night. The performance awards were voted for by the Michael Powell Jury.

The Making of Longbird
Will Anderson’s ‘behind-the-scenes’ look at an animator as he struggles with his character.

Picking up two awards was director Will Anderson for his graduation film THE MAKING OF LONGBIRD for which he won both Best Film in the British Short Film Competition and The McLaren Award for New British Animation. The Jury also gave a special acting commendation to TOM PHILLIPS in FUN TIMES by Joe Carter.

Offered in recognition for outstanding achievements possible within the short format, The Award for Best Film in the British Short Film Competition was deliberated by filmmaker Gerald Peary, radio and television broadcaster Edith Bowman and director Rita Azevedo Gomes.

The Jury praised THE MAKING OF LONGBIRD as “A curious and wonderfully metaphysical film that questions the search for answers to the creative process. The jury would also like to give a special acting commendation to Tom Phillips in FUN TIMES for his fresh, vigorous, virile performance reminiscent of the British New Wave of the 1960s.”

As voted for by the audience, The McLaren Award for Best British Animation recognises the Best Short Form Animated film. One of the longest established awards supporting British Animation, it is named in honour of Stirling-born Norman McLaren, the pioneering experimental filmmaker and animator who helped establish the world-renowned Animation Department of the National Film Board of Canada.

The Jury Citation read: “DINOSAUR EGGS IN THE LIVING ROOM is a gripping story about love, fidelity, ageing and loss – themes which are generally so difficult to honour within the constriction of short film. In this documentary, the distinction between the filmmaker and the subject of his film is a delicious mystery. An extraordinary woman creates a portrait of her extraordinary man and the life they shared, through thick and thin, across many lands and many decades.”

In addition to the Best Film in International Short Film Competition Award, the Jury also commended two other films. The first Special Mention went to CARBON, directed by Craig Webster (USA). The Jury Citation read: “This film follows a young woman through a series of chance encounters, as if following a single atom on its journey. The sensory intensity and loneliness of an adolescent on the verge of becoming a woman are beautifully conveyed in both the direction and performance.” The second Special Mention went to THE WAVES directed by Miguel Fonseca (Portugal). The Jury Citation read: “This wonderfully photographed film is a subtle portrait of two sisters, one who is healthy, the other not. In elliptical scenes, full of details and poetry, we see them in their bare existence, to the backdrop of the beach, the tides, and the glorious, eternal ocean.”

The Jury citation read: “Our choice is from a young filmmaker with a refined talent. He has created a simple yet compelling story of modern romance in which the unremarkable becomes remarkable. For the touching intimacy between the characters and its careful, considered filmmaking, the award goes to SLEEPLESS NIGHT.”