For over 12 years, Eric Powell’s comic The Goon [Dark Horse Comics] has amassed fans around the globe with its world of mobsters, zombies, killer robots, giant fish-men and mayhem. Two years ago, David Fincher and Blur Studio optioned The Goon, developed a feature film script written by Powell and created a proof of concept clip to show Hollywood studios the potential of a Goon animated movie. While the clip generated lots of enthusiasm, the movie still isnt green-lit primarily because PG13 animation is a challenging concept for studios.

After investing hundreds of thousands of their own money and countless hours of effort, the team has opted to reach out to The Goon fanbase, comic book lovers, the movie industry, and frankly anyone with a pulse willing to donate, with a Kickstarter campaign to take their development efforts to the next level.

The proof of concept short featured the voices of actors Paul Giamatti as Franky and Clancy Brown as The Goon, both of whom will reprise those roles for the film. Slated to co-direct are Blur Studio co-founder Tim Miller and Jeff Fowler, a director who has been with Blur for ten years. Miller was creative director on the The Girl With the Dragon Tattoo opening title sequence and is also on board to direct Deadpool for Fox and Gravel for Legendary Pictures; Fowler directed the Academy-Award nominated animated short Gopher Broke and has helmed many commercials and projects at Blur Studio. 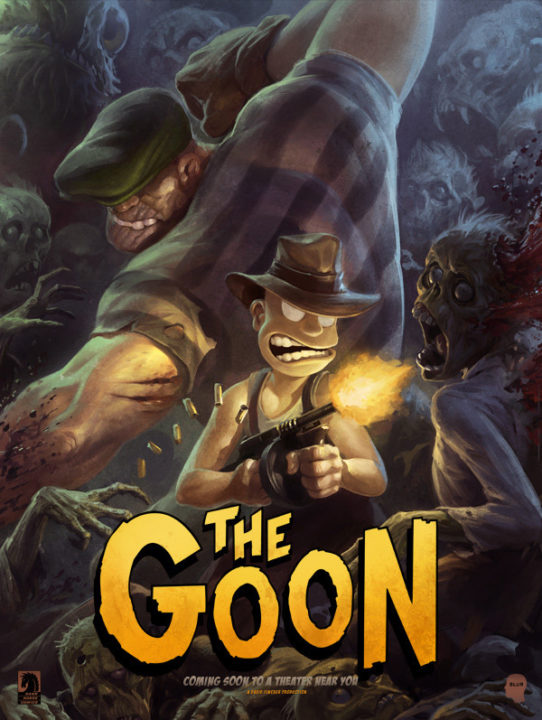 Learn more about the effort here:http://www.kickstarter.com/projects/624061548/the-goon-movie-lets-kickstart-this-sucker