Creative Scotland has unveiled its vision statement and a document, Investing in Scotland’s Creative Future, that reveals its ambition to see Scotland recognised as one of the world’s most creative nations. 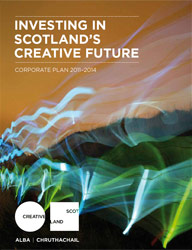 The organisation sets out its vision  as follows: “That Scotland is recognised as a leading creative nation – one that attracts, develops and retains talent, where the arts and the creative industries are supported and celebrated and their economic contribution fully captured, a nation where the arts and creativity play a central part in the lives, education and well-being of our population.”

According to the Investing in Scotland’s Creative Future document, Creative Scotland’s goals for 2020 are:

Sandy Crombie, Chair, Creative Scotland Board said that the Board had taken a long term view of how creativity and cultural activity can flourish in Scotland.  “We have commissioned a plan that sets us firmly on course to realise that vision. Our investment in Scotland’s creative future focuses on achieving tangible benefits for every community in Scotland. Creative Scotland believes the people of Scotland should feel pride in the contribution that the arts and creative industries make to our national identity and reputation abroad; we hope to foster a sense of ownership and involvement by many people in our national creative life.  As a Board, we are committed to collaborating with our many partners to achieve more inspirational activity that will see our creative future flourish on a world stage.”

“We are building on strong foundations in so many areas of the arts, screen and creative industries,” said Creative Scotland Chief Executive Andrew Dixon. “Creative Scotland’s plan seeks a wide range of partners to collaborate with and realise the cultural, social and economic potential of the sector.  Our work will bring Scotland’s creative talent to local and international audiences and invite the world to our nation of festivals.We need to build on past successes to put Scotland’s cultural sector firmly on a higher rung of the international ladder.” 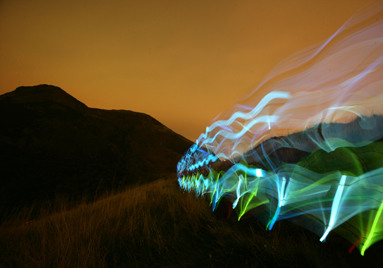 Investing in our Creative Future highlights the organisation’s five objectives ( talent;  quality production;audiences, access and participation; cultural economy; and Place) and the actions Creative Scotland will take to achieve cultural, social and economic benefits for the people of Scotland.

A summary of the  investment programme reveals that there will be a 50% increase in film investment in 2011 – 12; a £8 million programme of events for Year of creative Scotland, the London 2012 Cultural Olympiad and to showcase Scotland’s creative strengths during the 2014 Commonwealth Games and £2 million saved in operating costs ploughed back into talent, quality production and the cultural economy to benefit Scotland.