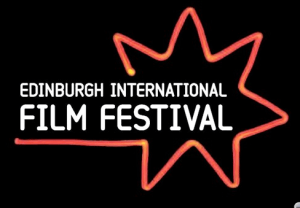 At a press conference at Filmhouse in Edinburgh this morning, Artistic Director Hannah McGill announced the full programme details for the 64th edition of the Edinburgh International Film Festival (EIFF). This year the Festival, which runs from 16 – 27 June, will host twenty-two World premieres, and twelve International premieres.

The Festival will showcase one hundred and thirty three features from thirty four countries, including nine European premieres and sixty-three UK premieres in addition to the World and International premieres. Highlights include: Ryan Piers Williams’ THE DRY LAND; Werner Herzog’s MY SON, MY SON, WHAT HAVE YE DONE?; Floria Sigismondi’s THE RUNAWAYS and Chris D’Arienzo’s BARRY MUNDAY in the Gala section; Rafi Pitts’ THE HUNTER, Koji Wakamatsu’s CATERPILLAR and Academy Award® winning THE SECRET IN THEIR EYES by Juan José Campanella in the Directors’ Showcase, with AND EVERYTHING IS GOING FINE by Steven Soderbergh in the Document section.

Galas will also include: Aaron Schneider’s GET LOW; Benoît Pétré’s THELMA, LOUISE AND CHANTAL; Bobcat Goldthwait’s WORLD’S GREATEST DAD; THE EXTRA MAN by Shari Springer Berman and Robert Pulcini; THE GOOD HEART by Dagur Kari; Bart Freundlich’s THE REBOUND; Pascal Chaumeil’s HEARTBREAKER and previously announced TOY STORY 3 by Lee Unkrich. All films in the Gala and British Gala sections, as well as the Opening and Closing Galas, are eligible for the Standard Life Audience Award.

EIFF Artistic Director Hannah McGill commented: ‘”We’re tremendously excited about the programme this year and especially about how many of our titles are brand new to the world festival circuit and the international industry. We’re looking forward to welcoming an amazing array of guests, and to celebrating EIFF’s 64th year by spreading our excitement about current and classic cinema to our loyal attenders and to new audiences alike.”

All features originating outside of the UK, receiving their World or International premieres at the EIFF will be eligible for the Projector.tv Best International Feature Award. Films include the World premieres of Ryan Denmark’s CHASE THE SLUT, Rona Mark’s THE CRAB, Zach Clark’s VACATION! (all EIFF alumni returning to the Festival); as well as Tomasz Thomson’s SNOWMAN’S LAND, and THE RED MACHINE by Stephanie Argy and Alec Boehm.

Upholding the EIFF’s documentary heritage, this year’s Document section presents the World premieres of SUPERHERO ME by Steve Sale, OUT OF THE ASHES by Lucy Martens, Timothy Albone and Leslie Knott; and Jason Massot’s ROAD TO LAS VEGAS all from the UK, and GIRL WITH BLACK BALLOONS by Corinne van der Borch. Nicolas Philibert (ETRE ET AVOIR) returns to the EIFF with NÉNETTE, and also returning is Laura Poitras (MY COUNTRY, MY COUNTRY) with THE OATH. Other documentaries in the eighteen strong section include Mark Landsman’s THUNDER SOUL; THE PEOPLE VS GEORGE LUCAS by Alexandre O Philippe and Jeffrey Blitz’s LUCKY.

Cult late-night sections, Night Moves and Under the Radar boast a collective six World premieres including Miles Watt’s CRIMEFIGHTERS and Wayne Thallon’s A SPANKING IN PARADISE both from the UK, and THE LAST RITES OF RANSOM PRIDE by Tiller Russell. Other titles include MONSTERS by Gareth Edwards, Colm McCarthy’s OUTCAST and John Michael McCarthy’s CIGARETTE GIRL.

Special Screenings and Festival Events throughout the EIFF also include the premiere of the first audio horror film HP LOVECRAFT’S THE DUNWICH HORROR by Colin Edwards, and the return of Cinematic TV presents a sneak peak of HBO’s BORED TO DEATH. EIFF Patron Tilda Swinton and filmmaker Mark Cousins also announce their new initiative 8 ½ FOUNDATION with a special event and screening for kids of all ages (including grown up ones).

2010’s Retrospective section AFTER THE WAVE: LOST AND FORGOTTEN BRITISH CINEMA 1967 – 1979 presents a cinematic era that is virtually forgotten, including three films from The Children’s Film Foundation: GLITTERBALL by Harley Cokliss; Peter Smith’s WHAT NEXT? and a new print of Powell & Pressburger’s THE BOY WHO TURNED YELLOW. Ken Russell’s SAVAGE MESSIAH, Peter Watkins’ PRIVILEGE, and Kevin Billington’s THE RISE AND RISE OF MICHAEL RIMMER will screen along with a rare print of John Mackenzie’s MADE. Celebrating the era, filmmakers Stephen Frears (GUMSHOE), Horace Ove (PRESSURE), Mike Hodges (PULP) and Barney Platt-Mills (PRIVATE ROAD) will be in Edinburgh to present their retrospective films and take part in the Special Event AFTER THE WAVE: DISCUSSION EVENT. Stephen Frears will also be seen in cameo roles along with Wim Wenders, Alan Bennett, John Boorman and ‘star’ Charles Gormley in Maurice Hatton’s LONG SHOT, filmed at EIFF 1977.

Other Special Events include MAKING OF THE ILLUSIONIST WITH SYLVAIN CHOMET, performance event 50 LETTERS, and a night of literary, musical and filmic stimulation at IRREGULAR. The Festival’s keynote onstage interview, in association with Variety, will be with Academy Award® winning producer Graham King, who will also be presented at EIFF with the 2010 Variety UK Achievement in Film Award. The Michael Powell Jury is to be chaired by Sir Patrick Stewart, also the subject of the BAFTA IN SCOTLAND INTERVIEW. The legendary Brothers Quay will World premiere their new animated short and also participate in an event about their internationally celebrated work.

Special Screenings include Bob Rafelson’s classic FIVE EASY PIECES, and two films from Alberto Cavalcanti: THEY MADE ME A FUGITIVE and WENT THE DAY WELL?

In addition to the documentary and animation shorts at the Festival, EIFF continues to showcase the best of Scottish, UK and international shorts in a series of programmes which include acclaimed theatre director Marianne Elliott’s ALICE, and Ed Dick’s AN ACT OF LOVE.

2010 saw an 11% rise in submissions to EIFF, with feature and short films submitted from across the globe.

More info can be found at the EIFF website