New features in Photoshop include Content-Aware Crop, which automatically fills in the gaps when you rotate or expand a canvas beyond the original image size. 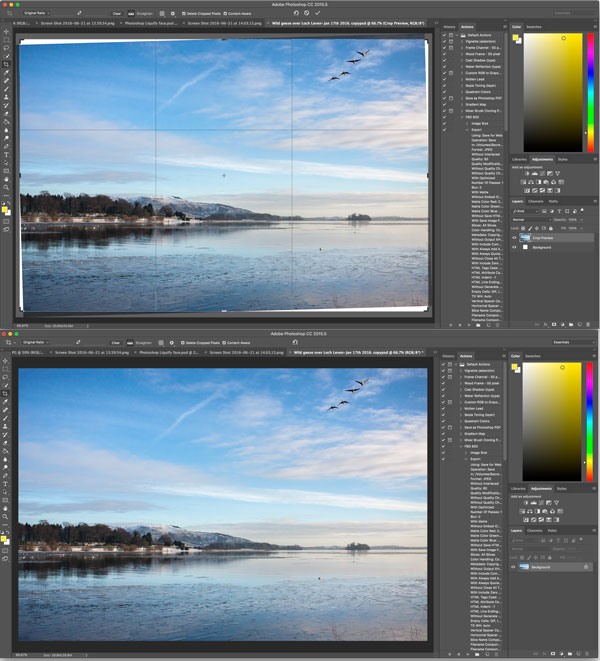 This even works on quite tricky images and should prove to be extremely useful for landscape work.

There’s also Face-Aware Liquify in Photoshop, an easy way to create artistic effects with facial features using the Liquify Tool while keeping the face in proportion. 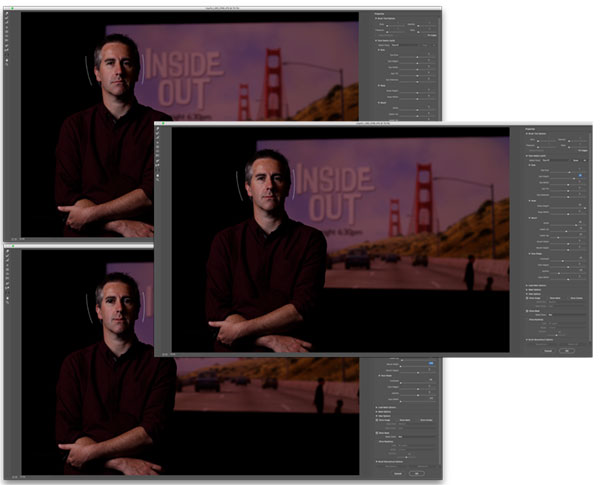 Adobe described this as ideal for wedding photographers who need to quickly fix a group photo, but it’s also a very powerful tool that can quickly find and  manipulate any facial image selection, with sometimes extreme results.

Match Font is a new font recognition technology in Photoshop that Adobe says has the ability to recognise and identify licensed fonts and automatically suggest fonts available on your computer system or license through Adobe Typekit. 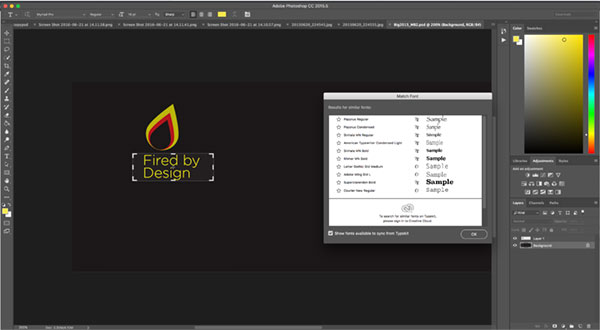 It’s a bit like Shazam for type, where you select the text you’re interested in and select Match Font from the Type menu. The results of the pattern recognition are fairly mixed and obviously dependent on the quality of the image. 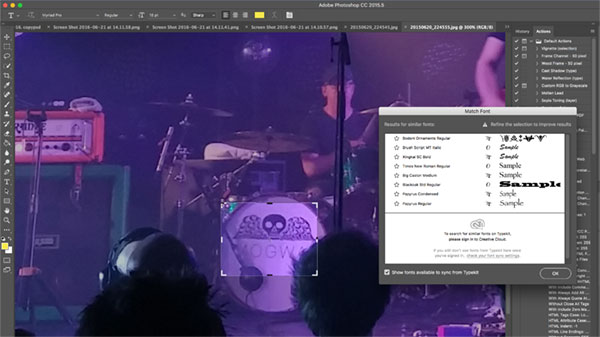 Other productivity enhancements include a four times performance improvement when working with the Font Menu, greatly enhanced Refine Edge, and three times improvement for Content-Aware Fill.

As for other design tools, fast export of assets and artboards in Adobe Illustrator CC now allow users to export assets to multiple formats and resolutions with a single click, while Adobe XD Preview, Adobe’s new experience design tool, is now available in German, French, and Japanese. 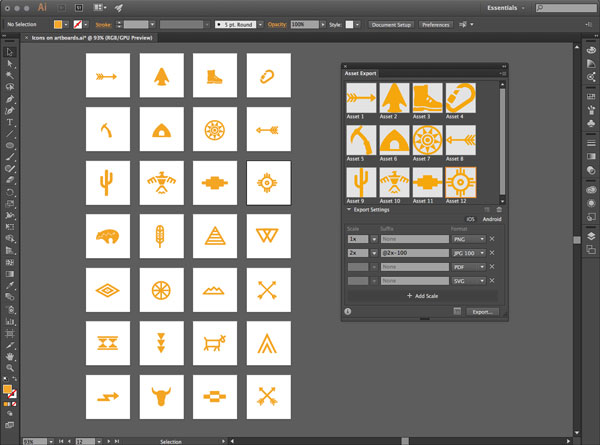 Fast export of assets and artboards in Illustrator CC

Also new in (but revealed at NAB), are virtual reality features in Premiere Pro CC, including “field of view” mode for previewing content, which allows users to pan, tilt and click-drag stitched video material in a full screen preview. Adobe also introduces support for equirectangular stitched video media in this release and the ability to add metadata to enable full 360° playability on VR channels from Facebook and YouTube. 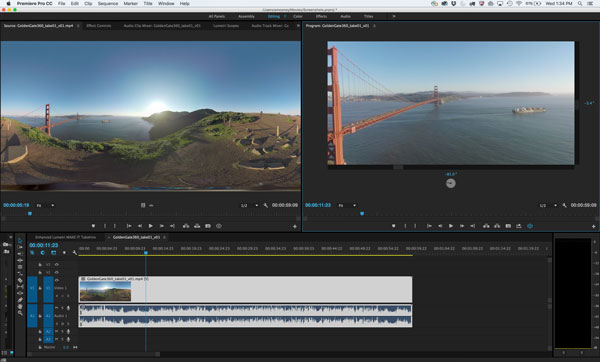 After Effects CC users benefit from a beefier playback engine for video and audio previews and greater application interactivity overall, as well as faster import and GPU-accelerated effects that will deliver faster rendering results.

There are notable round-tripping improvements to the 3D motion graphics workflow with Maxon Cinema 4D and a simplified puppet creation process for Character Animator.  The latter is a live motion capture tool that can match an animated character to a real life actor’s speech and movements and has really improved during its long ‘preview’ stage.

The enhanced features were first showcased on The Late Show with Stephen Colbert in the host’s recurring Cartoon Donald Trump interviews, and by The Simpsons animation team in the episode that aired on May 15, 2016 (pictured). 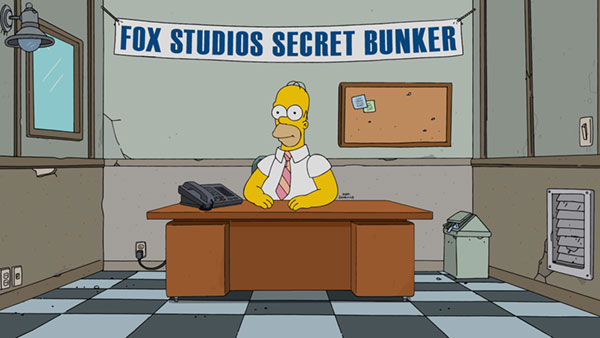 There’s a fresh focus on audio too, with Adobe Audition introducing the Essential Sound panel, a new interface which the company said would  simplify sound design and mixing for non-professionals.

There are also significant updates to Adobe Stock- including a  ‘one-click workflow’ that lets users select an image or video on the Adobe Stock website and place it on their creative canvas with a single click. Also an expanded In-app Purchase feature delivers a one-click license capability, directly from Photoshop.

Adobe said it would soon be offering opportunities for creative professionals to contribute and monetise their work. They can contribute directly from desktop and mobile applications including Lightroom CC, Bridge CC, Photoshop Fix and Photoshop Mix, providing an easy on-ramp to showcasing and selling their work via Adobe Stock. Also coming soon is Adobe’s new Stock Contributor Portal, which will feature intelligent auto-tagging capabilities, which the company claimed would save hours of manual keywording.

The company has also updated its CreativeSync technology, which ensures a user’s files, fonts, design assets, settings and more instantly appear in their workflow wherever they need them. Recently made available collaboration capabilities include read-only Creative Cloud Libraries that provide controlled permission levels while collaborating with teams.  Also new is an updated Creative Cloud Libraries panel with Search Filters that allow customers to easily search and select video, photo, vector and illustration assets.

Bryan Lamkin, executive vice president and general manager, Digital Media at Adobe, said: “We have two key goals with this release: saving our customers time and helping them jumpstart their creative engines. Every creative project starts with a blank page and ends with a vision coming to life.  Today’s release of Creative Cloud will help make that journey as fast and productive as possible. From deeper integration of Adobe Stock into the CC experience, to amazing new features like Content-Aware Crop in Adobe Photoshop, this release will expedite the creative process for millions of our customers.”