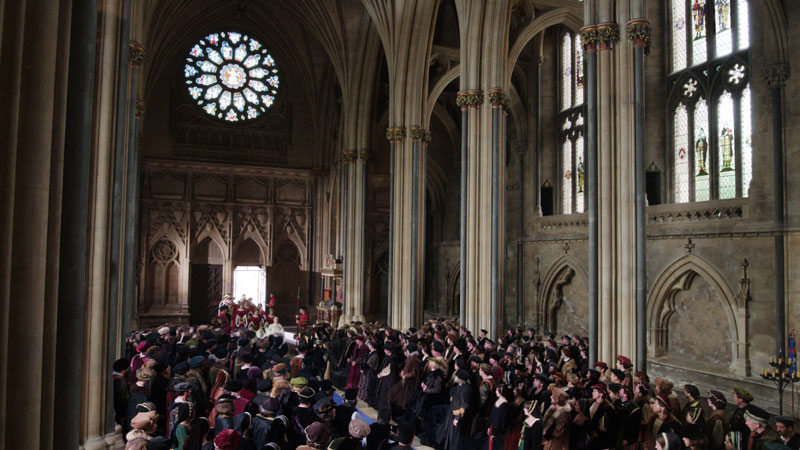 The highly anticipated 6x60min drama adaptation of Hilary Mantel’s multi-award-winning novels Wolf Hall and Bring Up The Bodies is scheduled to start its UK broadcasting run tonight on BBC TWO.
LipSync completed full post on Wolf Hall with the post facility providing audio, VFX, grading, titles and all deliverables for the Company Pictures and Playground Entertainment co-production for BBC Two and Masterpiece, in association with BBC Worldwide.
Key sequences realised by LipSync’s VFX team include the world of Tudor London around Austin Friars (Cromwell’s home) and the Thames around London Bridge. 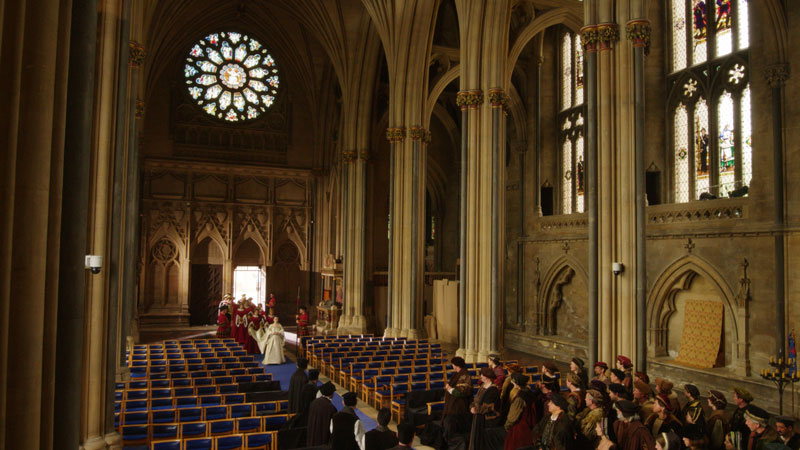 VFX Supervisor George Zwier collaborated with director Peter Kosminsky and the key production team from the beginning of production, leading to a high level of authentic detail  in the seamless VFX work.
Other key sequences include the creation of the Tower of London as seen from inside Traitor’s Gate, and the coronation of Anne Boleyn. “We worked on all six episodes and the total shot count was 134,” said George Zwier.
“Apart from its period setting, Tudor England during the reign of Henry VIII, another challenge was the handheld camera work favoured by director Peter Kosminsky and DoP Gavin Finney,” recalled  Zwier. “Peter did not want to go down the classic TV route of cutting to a matte painting as a setting establisher before going into the action. Rather, he wanted a natural flow to the narrative which let the story inform the viewer of the setting.” 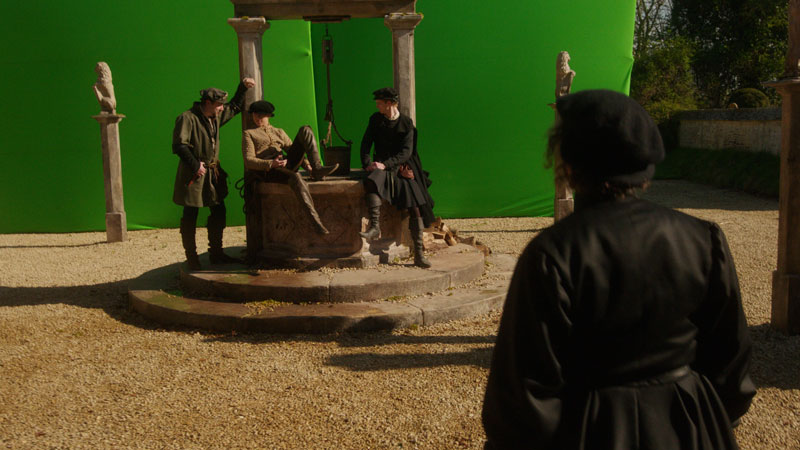 This presented a number of challenges to the LipSync VFX team.
“Not only were we having to remove modern detail and insert period detail, but all of this was on constantly moving plates,” explained Zweir. “An early dialogue with the DoP and Production designer, Pat Campbell, led to an understanding where Pat and her team would do what they could do remove modern detail, like light and power switches, on anything up to head height in frame, and we would assist with the rest. Gavin would also do as much as possible within limits by framing out difficult areas like modern chandeliers. Needless to say, this wasn’t always possible so a team of matchmoving and prep artists set about the task of cleanup in Nuke.” 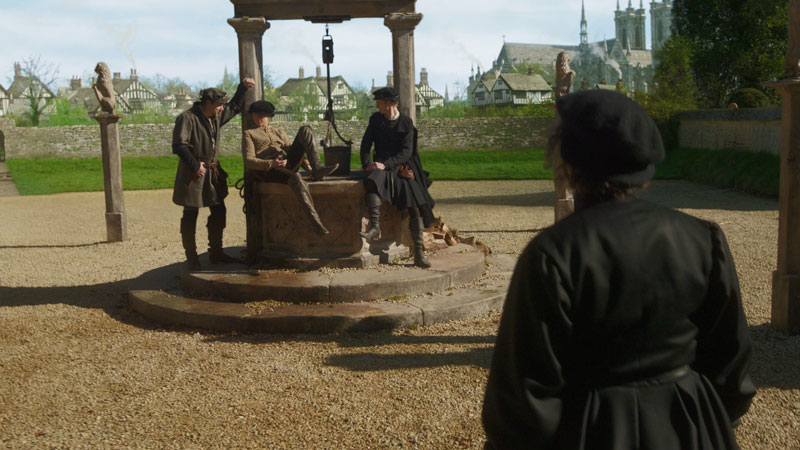 Despite the amount of modern clean up, the biggest sequences were the creation of Austin Friars, Cromwell’s home in what was then the northern border of London (near modern day Liverpool St station).
“We set about the task by creating a ‘village’ of nine unique Tudor buildings in a loose 3 x 3 grid in Maya,” Zweir revealed. “We then copied that base village, turned it around 90 degrees each time and placed them to form larger collections of buildings. The textures were kept simple as they were to serve solely as placeholders for layout purposes. After Peter signed off on the layout, a single frame of the solved camera was then rendered with Arnold.”This served as the base for the matte painting where high res textures were applied in Photoshop before being re-projected onto the geometry in Nuke.”This approach was the most expedient for what turned into fairly dense scenes. Where a new camera angle revealed previously hidden detail we could quickly repurpose large sections of matte painting work from the master setup and fill in the small missing sections per shot. By keeping the shots live in Nuke we could quickly add, remove or shift buildings, smoke, trees as requested.”
Continue Reading