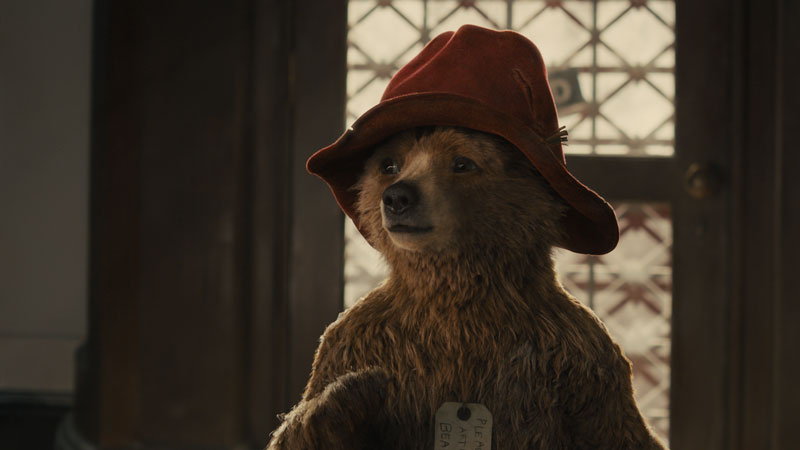 Framestore has recreated Michael Bond’s famous Paddington bear for his big screen debut. In the Studio Canal/Heyday Films production, director Paul King takes on the story of the famous bear who the Brown family first encounter sitting forlornly in the London station that gave him his name.

Beginning in 2012, a 350-strong team spread across Framestore’s London and Montreal studios delivered 760 final shots for Paddington, 570 of which feature the marmalade-obsessed bear. There’s also a CG supporting cast including his Aunt Lucy and Uncle Pastuzo, a dog and a flock of bothersome pigeons.

“Framestore has surpassed all our expectations and dreams in bringing such humanity, emotion and humour to Paddington,” said Producer David Heyman.

“You don’t really think about the fact that you’re creating a lead character at the time,” said Animation Supervisor Pablo Grillo. “You think wow, what a great potential to do some really lovely work and work with some wonderful filmmakers. That’s the hook. It’s only when you reach the end and it takes shape that you realise quite what a big thing it is.”

“It was challenging taking on such an iconic character,” added Andy Kind, Framestore’s VFX Supervisor on the film. “From the Peggy Fortnum illustrations to the 1970s BBC series, there are a lot of looks for Paddington, and everyone has their favourite, so we spent a lot of time on the design before we found something that hit the mark.”

“It’s a massive achievement for Framestore multi-site production,” says Montreal VFX Supervisor Christian Kaestner. “You can’t tell the difference between the sequences, which was done earlier or finished last, or which was done in London or in Montreal. If I had to choose a Montreal sequence, it would be on the platform when Paddington meets the Browns. It’s a remarkably beautiful sequence that wasn’t just a great animation challenge, but also where you bond with Paddington as you feel his desperate situation.”

The film was shot at Elstree Studios and on location in London and Costa Rica, which doubles for Peru, with Framestore’s Tim Webber working as second unit director.

“We shot at a very high altitude in the Costa Rican jungle,” recalled Grillo, who made the trip out to Costa Rica with Webber. “To travel from one site to another we were sending the crew and camera gear on zip wires over the canopy in order to reach the next set before the sun went down. It was quite an adventure.”

The beautiful jungle footage gives way to London: “It’s kind of a love letter to the city,” said Kind.  “It’s London in all its beauty and grittiness. It’s always raining, in contrast to sunny Peru, which lends a huge amount to the mood and the visuals.”