Gallifrey Citadel from BBC’s Doctor Who: Day of the Doctor

Milk received the award for its outstanding visual effects work on the BBC’s Doctor Who 50th Anniversary special: Day of the Doctor,

Milk created a series of large-scale CG environments, action and CG spacecraft in stereoscopic 3D to support the BBC’s epic 75-minute special Doctor Who episode. Broadcast on BBC One in the UK on Saturday 23rd November 2013, Day of the Doctor holds a Guinness World Record as the largest simulcast of a TV drama in history.

Milk’s CEO Will Cohen said: “We are beyond delighted to be recognised by the Academy for our work on Doctor Who. For a company set to celebrate its first year in business at the beginning of June this is a fairytale ending to the year!” 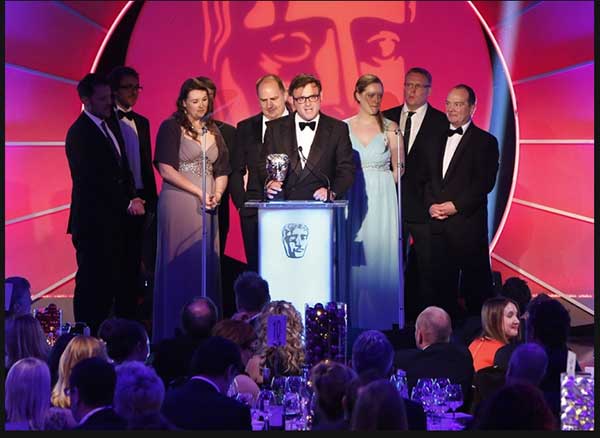 Milk won the award alongside special effects companies Real SFX and The Model Unit, who created the practical effects for Doctor Who: The Day of the Doctor.

Milk was also a major contributor to the creature effects in Sky/Atlantic Production’s David Attenborough’s Natural History Museum Alive 3D which was also nominated for a BAFTA Craft Award in the Special, Visual & Graphic Effects category.

Another Fired By Design regular among the awards winners was LipSync Post, which won a BAFTA Craft award for Sound-Fiction. The audio team won the award for its work on Steven Poliakoff’s acclaimed BBC drama Dancing on the Edge.

LipSync’s Re-Recording Mixer Robert Farr, said, “It’s an honour to win a BAFTA Craft award for our work on Dancing on the Edge. The project was a joy to work on, with all the challenges of a period drama as well as the wonderful music to mix in.” 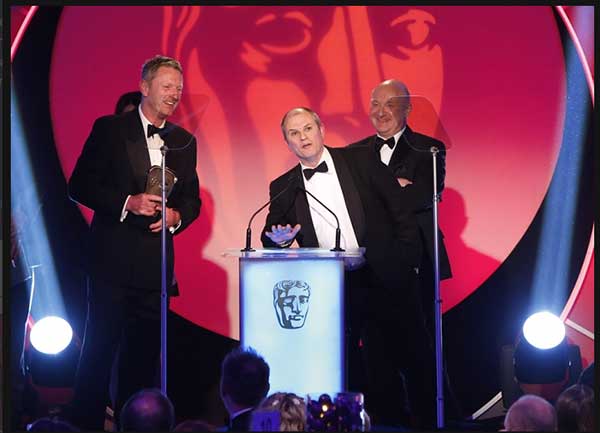 Peter Hampden, Managing Director, The LipSync Group, added, “We’re so proud of our talented team, they always work tirelessly to create the best possible soundtracks for our clients, and this award is thoroughly deserved. We would also like to extend our thanks and congratulations to Adrian Bell, Lee Crichlow and Ian Wilkinson, the freelance sound recordist and editors who worked on the project alongside Robert and the team.”

Congratulations to all the winners: a full list can be seen on the BAFTA site