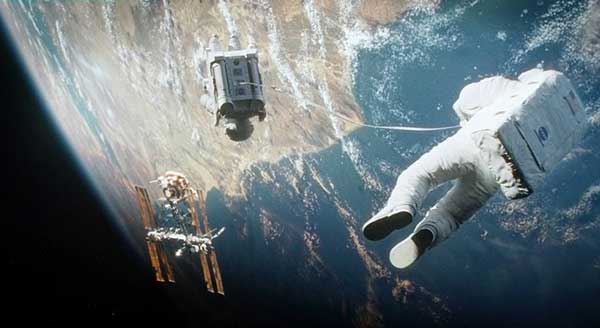 They’ll be extending the trophy cabinet at Framestore this morning after Gravity scooped the Best Visual Effects award as well as a clutch of other Oscars, including Best Cinematography, Best Film Editing, Best Original Score, Best Sound Editing, Best Sound Mixing and the Best Directing award. The Best Picture award went to 12 Years a Slave.

Framestore’s VFX work on Gravity won over strong contenders from The Hobbit: The Desolation of Smaug, Iron Man 3, The Lone Ranger and Star Trek Into Darkness.

The Oscar joins a growing pile of other awards for the sci-fi drama, including six VES awards last month, including the top prize, Outstanding Visual Effects in a Visual Effects-Driven Feature Motion Picture.

The Best Animated Short Film award went to Laurent Witz and Alexandre Espigares for Mr. Hublot, with runners up including Feral, Get a Horse!, Possessions and Room on the Broom

The Guardian reported that in a repeat of the demonstration against the MPAA, with a focus on Life of Pi, around 540 VFX workers used the Oscars to highlight their protest in Los Angeles. Whereas last year the protest was against unfair treatment of workers in the VFX sector, Catherine Shoard reports that the focus of this year’s demonstration by the Association of Digital Artists, Professionals and Technicians (ADAPT), was on the withdrawal of subsidies.