Milk pours on the VFX for Doctor Who at 50

The BBC’s hotly anticipated Doctor Who 50th anniversary episode: The Day of the Doctor gained an audience of 10.2 million last Saturday, with visual effects facility Milk contributing some suitably epic VFX. Shot in stereoscopic 3D, the 75-minute special episode was broadcast on BBC One in the UK as well as a simulcast to 94 countries and in more than 1500 cinemas across the world, winning a Guinness World Record as the largest simulcast of a TV drama in history.

Milk created a series of jaw-dropping large-scale CG environments, action and CG spacecraft in stereoscopic 3D to support the epic storyline in which the Doctors embark on their greatest adventure yet: all of reality is at stake as the Doctor’s own dangerous past comes back to haunt him.

Milk created 129 visual effects shots, including the dramatic sequences featuring the Gallifreyan city of Arcadia under siege at the hands of the Daleks. The facility constructed a large scale 3D environment of the falling city, buildings, debris and explosions, as well as fly-through stereoscopic 3D shots to fully immerse the audience, making the sequences even more visceral and exciting. 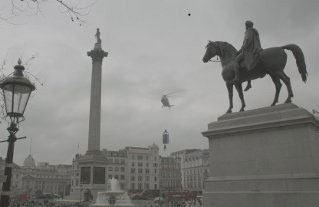 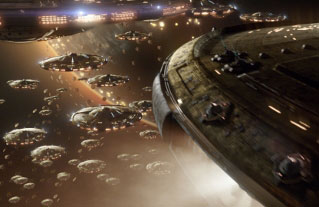 Milk created the dramatic 3D Time Lord paintings at the National Gallery through which the Doctor and Clara witness the catastrophic battle and fall of Arcadia and which form the entry point for the viewer to fly into the city. One of the biggest challenges was creating a framed painting that appears to be a two dimensional object but which, when the camera moves around it, is revealed to be a full 3D environment with depth, whilst still remaining within the picture frame.

Milk also worked with the BBC’s Art Department to design the Dalek fighter pods – a brand new feature of the Dalek fleet – created especially for the 50th anniversary episode to maximize the speed and agility of the Daleks in the attack sequences during the fall of Arcadia.

The team at Milk (in its previous incarnation as The Mill’s TV department prior to Milk’s launch in June 2013) has been creating the visual effects for Doctor Who since its regeneration in 2005.

“Milk is absolutely delighted to have created the VFX on this landmark episode of Doctor Who,” said Will Cohen, Milk’s CEO. “Having worked on a number of stereoscopic 3D feature films we relished the challenge of working in stereo for television. It was a pleasure to continue our working relationship with Steven Moffat and the BBC team to bring their creative visions to life, creating striking visual images to support the heart-stopping narrative and making the Doctor Who look more like a movie than ever before.” 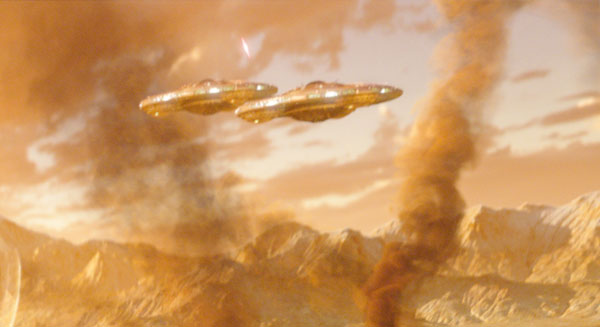 Milk is currently working on the BBC’s Doctor Who 60-minute special Christmas episode featuring Peter Capaldi as the new Doctor. The special episode will be broadcast on BBC One on Christmas Day.

More about Milk on Fired By Design