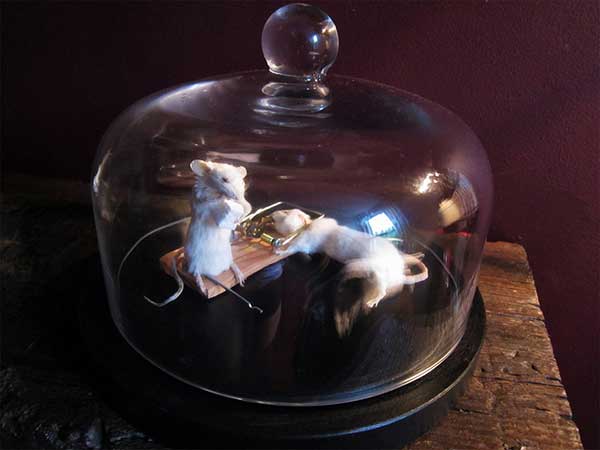 Square Art 2013 First Prize Winner The 2nd Mouse Gets The…. by Kat Hahn

A charming illustration of the benefits of coming second has won first prize at the 12th Square Art, a Soho art exhibition open solely to those working in the advertising industry.

“The 2nd mouse gets the…” won the top award, and the first ever Square Art trophy, for Kat Hahn, Associate Creative Director at R/GA London.

For a theme designated ‘Craftwerk – Digital v Craft’, artists were encouraged to create pieces that explore either, or both of these different disciplines. Founded by Soho VFX house Golden Square and production company Disqo, the Square Art jury designated digital art as using digital technology as an essential part of the creative and/or presentation process, while craft art was to include fashion design & accessories, interior design & accessories, glass, jewellery, furniture, stationery, metalwork, ceramics, sculpture, woodwork, prints and etchings. 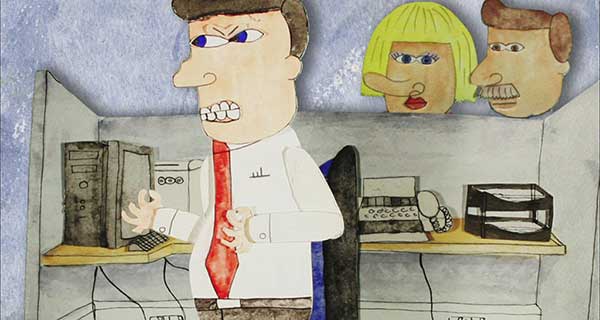 2nd Prize Winner : ‘This is Colin’ by Perrie Murphy

Second prize went to ‘This is Colin’ – an animation by Perrie Murphy of Passion Pictures, and third prize went to ‘Stone Telephone,’ a carved limestone piece by freelance illustrator Cristina Guitian. 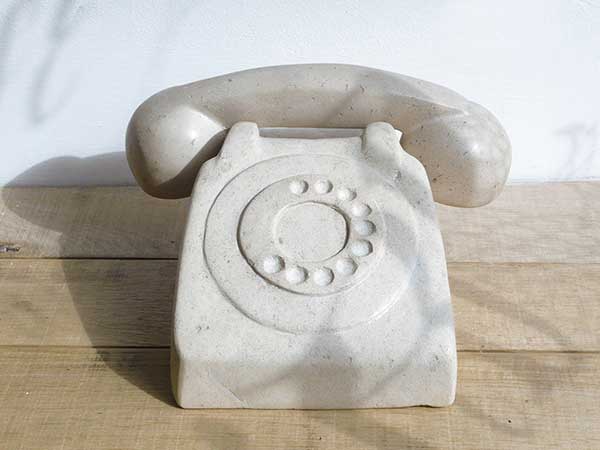 Altogether the exhibition, attended by more than 200 guests, featured over 60 pieces, including tapestry, short films, taxidermy, sculptures, mixed media and photography. There was also a People’s Choice Award, voted on by those who attended last Friday, which was won by Matt Keen and Alex Hulse for ‘Primitive’ – a 3D printed plaster piece.

“Our jury had to debate long and hard before awarding Kat Hahn’s wonderful taxidermy piece the top prize,” said Phil Gillies, MD, Golden Square. “We know that this pure craft piece will provoke a lot of digital discussion, ably fulfilling the brief of Digital v Craft. We’ve been knocked out not only by the amount of submissions, but the incredibly high standard of the work entered.”

Hahn said she was ‘stunned by the level of artistic awesomeness’ of Square Art: “Some truly amazing pieces – from pure craft to digital. With this kind of competition I never expected to win. I’m really chuffed that the judges understood ‘The 2nd mouse’ – especially considering that it’s a bit of a critical statement about the advertising world. Oops, maybe they just liked the dead mice.” 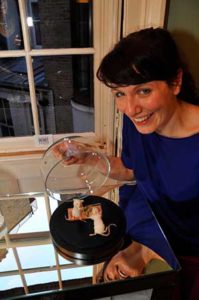 Kat Hahn with her artwork ‘2nd mouse gets the…’

“I was positively surprised about the diversity of the pieces,” said Stink’s Bergmann. “I was not entirely sure about dividing digital and craft, but there are some strong imaginative pieces.”

Digital Arts’ Neil Bennett commented:“It’s great to see creatives from the commercial side of art and design producing work that stands out on its own, in its own context. I also appreciated that most of the artists ignored the false boundary between craft and digital, using what was most appropriate for the works.”

He continued: “The 2nd Mouse mixes the tradition of craft, with the ‘grab me now’ of digital, as taxidermy is used to create something that exists as a decorative object and an online talking point.”

“There is a real variety of work to a high standard,” said Karen Gaskill. “It is extremely interesting to see artist’s presentation of craft in the context of a digital work. The theme is very current, and really challenges the boundaries of artists working in both sectors. The winning work positions the traditional artisan technique of taxidermy, within a conceptual sculptural work, standing out against the rest of the submissions, for its ironic take on the taxidermied scenes of the last century.” 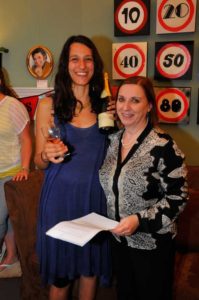 “The standard of work was fantastic,” agreed Shots Editor Edwards. “That such an eclectic mixture of art can also be so impressive and well-crafted, is a testament to the talent of the entrants. The 2nd Mouse is a worthy winner. Unusual, intriguing and brilliantly crafted. It had the jury discussing its merits for a long while, almost as long as we spent looking at it.”

Emily Hare of Contagious was also impressed by the quality and variety of the entries. “There is a fantastic blend of photography, great short films, carefully crafted sculptures and artworks. The theme of Craft v Digital is an interesting one, and its great to see the choices that the artists made in addressing the topic head on, or choosing to focus on one aspect or the other.”

“As a jury we had a great discussion about the craft involved in the pieces, and [“The 2nd mouse gets the…” ] is beautifully crafted. It evoked a great reaction as we were looking round, had a good sense of humour to it, and we can see it being shared digitally on the night.”

“Kat Hahn makes work that you would buy for someone you love,” said Grey’s Nils Leonard. “It’s remarkable. And without any pretension.” while Jamie Madge from SourceEcreative added: The winning piece provokes a reaction, is perfectly staged and, whilst not ‘digital’ in a traditional sense, is ‘viral’ in essence. Very happy to give it the gong.”

Visit Square Art for information and more images of the event