Adobe has announced the immediate availability of Adobe Anywhere for video, which was initially previewed in April 2013 at NAB.  With Adobe Anywhere, virtual teams of talent can work together, enabling them to efficiently log, edit, share and finish video productions using standard networks and hardware.

Today’s release of Adobe Anywhere supports the latest versions of Adobe’s Premiere Pro CC and Prelude CC, available as part of Adobe Creative Cloud. Support for After Effects CC is expected later in 2013.

“Video production has always been challenging because it’s difficult for multiple editors to work on the same project and pass huge files back and forth across the Internet,” said Jim Guerard, vice president, Enterprise Solutions, Adobe. “With Adobe Anywhere, these hassles are gone. Team members can work together with centralised media and assets, making it possible for remote users to work jointly on a project from virtually anywhere.”

Adobe Anywhere is an enterprise-level solution that is hosted on-premise and enables production teams to collaborate smoothly and securely. Adobe Anywhere software is installed on a cluster of servers and is powered by two core components: the Adobe Anywhere Collaboration Hub and the Adobe Mercury Streaming Engine. 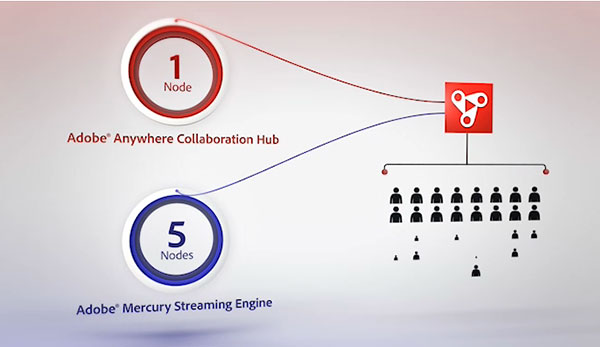 “With our global news-gathering capability and multiple production centers around the world, CNN moves a lot of material in support of our video journalism,” said Michael Koetter, senior vice president of Media Technology and Development at Turner Broadcasting. “Just a couple years ago, worldwide access to our content as interoperable files was a huge milestone. Our next step is to make this access transparent.  Adobe Anywhere promises to be a key technology in this strategy, allowing our journalists to seamlessly engage with content and collaborate on stories, regardless of location.” 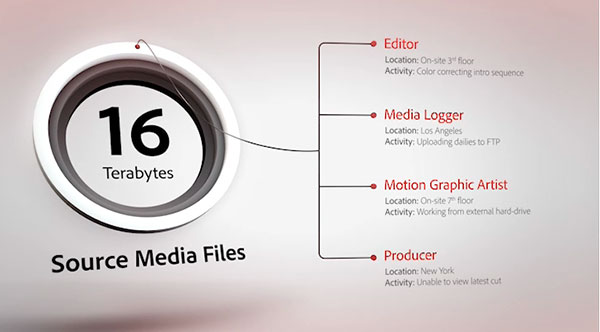 Premiere Pro CC and Prelude CC, updated today, include 25 new features that focus on increased speed and ease of the editing process.

For pricing, you’ll need to contact Adobe at anywhere@adobe.com.

Read more about the Adobe Anywhere technology on Fired By Design