Sony has launched two new cameras in its Super 35mm CineAlta range, as well as a host of accessories and equipment for 4K cinematography. The new cameras, the PMW-F55 and PMW-F5,  feature a new type of 4K Super 35mm image sensor with a 4096 x 2160 resolution (11.6M total pixels). 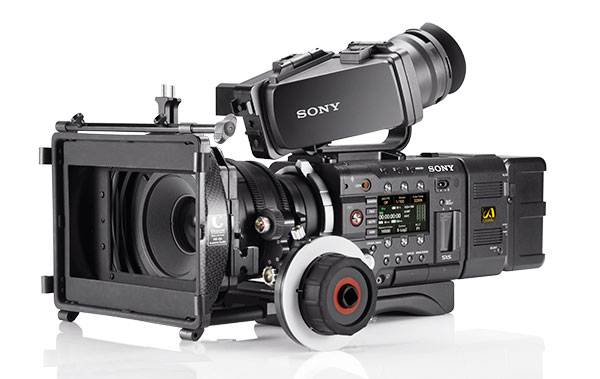 The PMW-F55 offers a global shutter to eliminate rolling shutter skew and flash band, and features a wider colour gamut for high colour reproduction. The cameras are further distinguished by wide (14 stops) exposure latitude, high sensitivity, and low noise. Both are scheduled to be available in February 2013, with suggested list pricing to be announced. The cameras also support Sony’s newest shoulder rig for extra stability.

A new high frame rate mode for the flagship model of the range, the F65, has also been announced, as well as a new series of digital OLED and LCD viewfinders and a new set of PL lenses for the CineAlta cameras. Sony also launched a new dedicated 4K recording format, XANC, and to support it, new high-speed, enhanced versions of the SxS PRO memory card, SxS PRO+ (Plus). In addition the company announced the AXSM Access Memory System for 2K/4K RAW recording, while a new 30-inch resolution monitor, the PVM -X300, has been launched to support 4K monitoring in the field.

The slew of announcements today also includes a new 4K RAW recording path for the NEX-FS700E, with the introduction of an interface unit for the new AXS-R5 RAW recorder.

The new PMW-F55 will deliver HD/4K and 2K/QFHD (with firmware upgrade), while the PMW-F5 supports HD and 2K (with firmware upgrade). Both offer multi-codec support featuring Sony’s new XAVC MPEG-4 AVC/H.264 format, the SR codec (MPEG4 SStP) and the high definition XDCAM 50Mbps 4:2:2 codec.  In-camera recording is on Sony’s SxS PRO+, which can be used to record XAVC in HD High Frame Rate and in 4K at up to 60fps in the PMW-F55, and XAVC HD High Frame Rate in the PMW-F5. 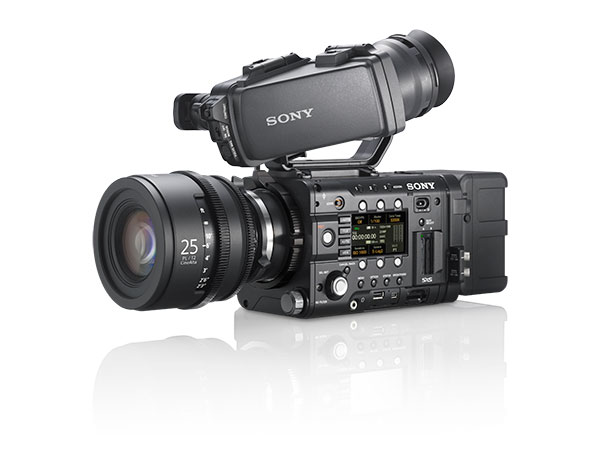 In addition to on-board recording onto SxS PRO+, the PMW-F55 and PMW- F5 can also be connected to the new AXS-R5 RAW recorder. This directly docks onto the PMW-F5 and PMW-F55, for a compact recording system for 2K and 4K RAW recording.  Slow-motion imagery at up to 240fps (PMW- F55) and up to 120fps (PMW- F5) can be captured as 4K RAW files on newly developed AXS memory (Sony said support for high frame rates over 60fps will be available with firmware).

As well as the AXS-R5 RAW recorder, the AXSM Access Memory System for 2K/4K RAW recording is supported by the AXSM memory card (512 GB capacity, model AXS-512S24), using the generic file system exFAT. Users can record 4K RAW data up to 60 fps and 2K RAW up to 240 fps, with a 300MB/s sustained transfer speed. PC-friendly operation is enabled through use of the AXS-CR1 card reader, offering a USB 3.0 interface for high-speed transfer.

Sony is also launching a second generation of cost-effective PL mount prime lenses, each featuring a 9-blade iris and focus rings which rotate 240° Each new lens is certified for 4K capture, and is designed to minimize geometric distortion, vignetting and breathing. 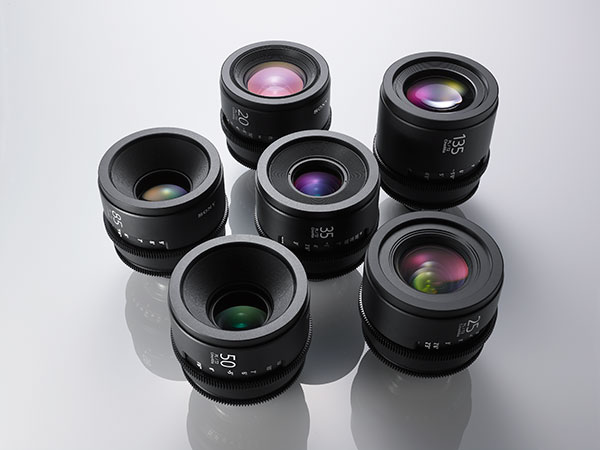 The new lens series includes focal lengths of 20, 25, 35, 50, 85 and 135 mm.  For easy lens changes, each has the same T2.0 aperture, the same external diameter, matte box diameter, and gear locations for follow focus and aperture. All are the same height except for the 135 mm lens. Shooters can use stills lenses by removing the supplied PL-mount adaptor to reveal the native FZ mount.  This makes it easy to accept commercially available adaptors for third-party lenses. A third option is the use of Sony FZ-Mount lenses with auto focus servo zoom (model SCL-Z18X140.)

A third option is the full HD DVF-L700.  This compact 7-inch LCD viewfinder enables high resolution when shooting in 2K and 4K, with pixel-to-pixel 1920 x 1080 representation of HD images.

The PMW-F55 can connect to the new 4K 30-inch LCD monitor, the PVM-X300, using four 3G-SDI interfaces to monitor pictures at 4096×2160 resolution at up to 60p, while recording and playing back XAVC 4K images. Similarly, it is also possible to connect directly to the 84” BRAVIA 4K LED TV for large-screen monitoring of the camera’s 4K 60P images (at resized horizontal resolution of 3860 pixels). 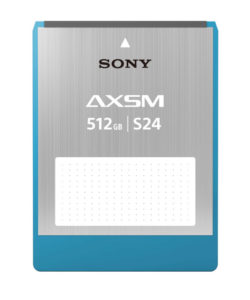 The HXR-IFR5 interface unit has a 3G HD-SDI input and will transfer the 4K RAW data to record onto the Access Memory Card in the AXS-R5 Recorder. The 4K RAW format output by the NEX-FS700E is 4096 x 2160 pixel resolution and the available frame rates are 23.98p, 25p, 29.97p, 50p and 59.94p. After recording the 4K RAW data onto the Access Memory Card, the workflow will be the same as the newly announced PMW-F5.

The HXR-IFR5 and the NEX-FS700E’s optional firmware upgrade are planned to be available between April and June 2013.

Sony claimed the new battery supported outstanding mobility for on-set shooting and said it enabled two times higher speed charging than current chargers and a maximum 150 minutes of consecutive shooting. The PMW-F5 and PMW-F55 cameras are also compatible with Sony’s BP-GL95A, GL65A, L80S and L60S batteries, which use the BC-L70 and L160 chargers.